Why Global Citizens Should Care
An estimated 40 million people are enslaved globally. In recent years, activists have fought to end slavery in Thailand’s fishing industry. You can join us in taking action on related issues here.

Tun Lin traced a line across his left palm with his right pointer finger. That was where the Indonesian doctor wanted to make the amputation in 2013, following an accident on the fishing vessel where he was being kept as a slave laborer.

About a decade beforehand, Tun Lin had arrived in Thailand from Myanmar looking for work to better his life. He became one of the millions of migrants trapped by Thai fishing companies aboard fishing vessels that double as prisons. Up until his catastrophic injury, Tun Lin worked against his will in dangerous, abusive, and humiliating conditions, cut off from his family, and denied any sort of compensation. 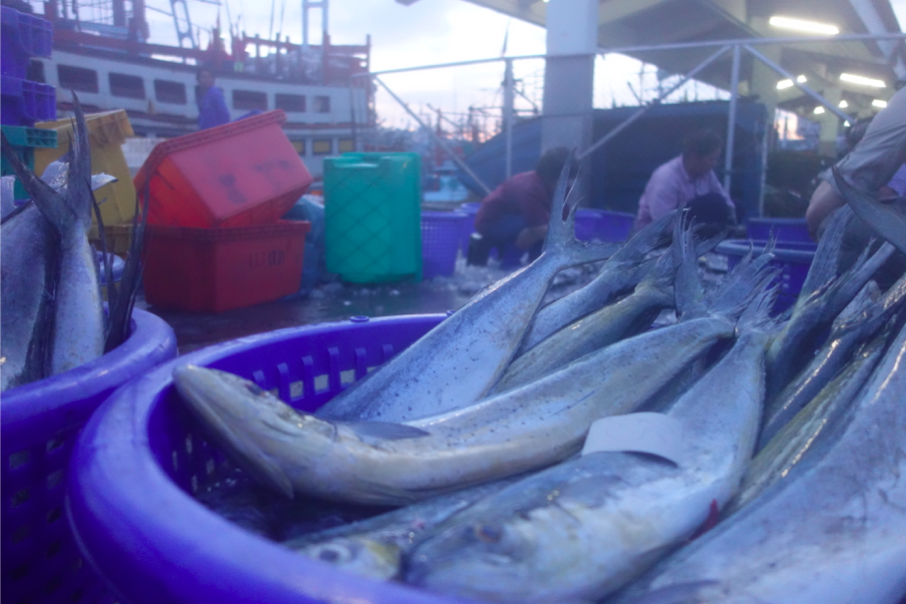 “I got about two hours off every 24 hours [during periods of work on the boat],” he says. “The food on the boat was horrendous. Sometimes, we would take the fish that the boat didn’t want to keep and we would skewer it and put it on the smokestack and cook it because we didn’t have any cooking oil to cook the fish.

“If you got sick on the boat, there was no medicine,” he said.

When the the fishing company brought Tun Lin to the doctor in Indonesia after his injury, he was worried he would die during the procedure — he knew friends who went in for similar surgeries in the country and never returned. So he elected to go to Thailand, and a month later, four of his fingers were amputated, leaving three knuckles that still had some mobility.

Read More: Billions of Dollars of Slave-Made Goods Still Enter the US Each Year

When he recovered, he went to demand payment for 10 years of labor from the fishing company that had enslaved him and caused him to lose his fingers.

He was told that he would receive nothing.

“At this time, I had no passport, no documentation, and so I didn’t have any choice,” he told Global Citizen. “In that meeting they also told me that what was going to happen was they were going to send me back to work on a Thai fishing boat in Indonesia.

“And that’s what happened,” he said. “They sent me back to the exact same boat that my injury occurred on.” 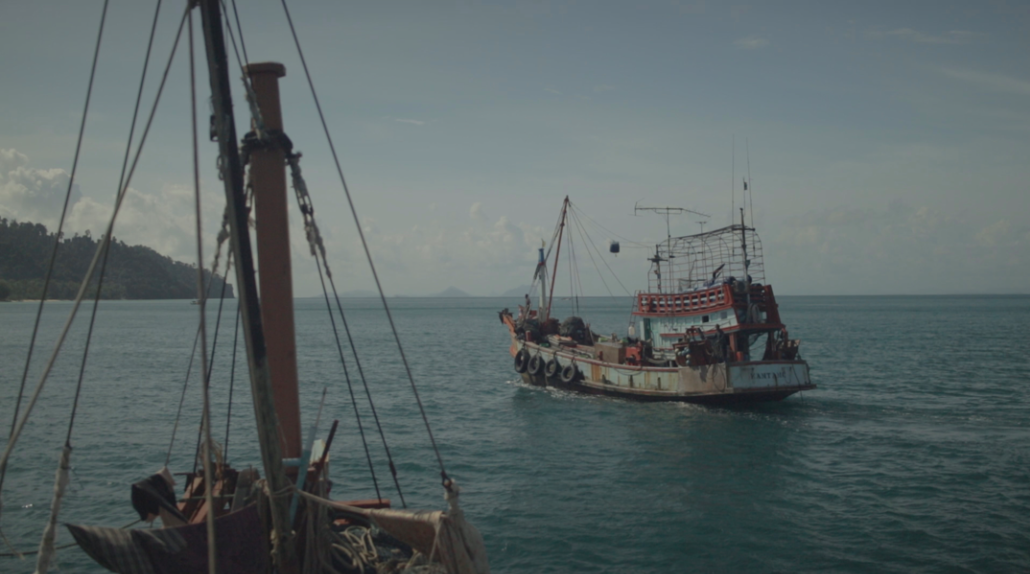 Tun Lin, who is now 37, was eventually rescued from slavery after Indonesia passed a law in 2014 barring Thai fishing boats from entering their waters, and the Fisherman Labour Group (LPN) assisted him in regaining his rights and bringing him home to Myanmar.

He spoke to Global Citizen through a translator in New York as part of the promotional tour for the documentary Ghost Fleet, which explores efforts to stamp out slavery in Thailand’s fishing industry.

Globally, there are more than 40 million slaves exploited in a range of industries. Thailand’s multibillion dollar fishing industry is one of the leading exporters of seafood in the world and its products can be found in grocery stores and restaurants around the world. The industry depends heavily on the exploitation of migrant workers who come to the country seeking opportunity.

“Because of the diversity in the labor force of the Thai commercial fishing industry and the different nationalities and languages involved, those laborers become an easy group for the companies and governments to exploit,” Chairat Ratchapaksi, a former slave on a fishing vessel for three years and now a coordinator with LPN, told Global Citizen.

“The labor force is easily victimized and brought into slavery,” he said. “Once you find yourself on a fishing boat in the middle of the ocean, there’s no way off.” 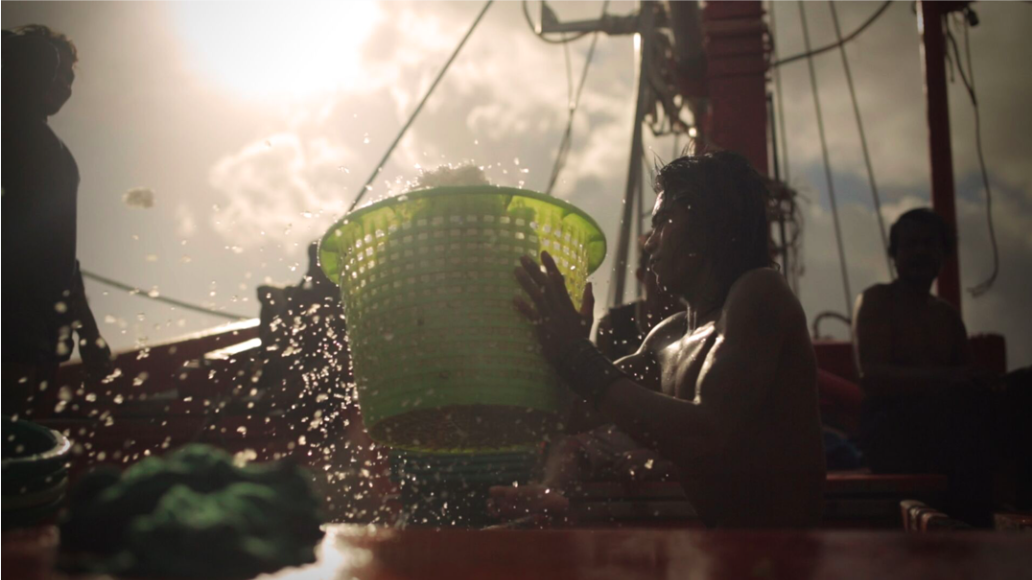 Slave ships avoid detection by fishing in international waters, rarely returning to shore, and relying on large networks of boats that let individual vessels evade oversight. Other boats sail next to slave ships to provide fuel, carry captured fish back to markets, and allow management to swap out crew members.

When these ships return to shore, they often dock in remote areas where the companies have facilities to imprison slaves until they return to sea, according to Ratchapaksi, who spent four months in a cell with dozens of other slaves before being rescued by LPN.

In recent years, the industry has been the subject of escalating scrutiny following investigative reporting and grassroots activism by organizations like LPN. Supermarkets and other businesses have vowed to investigate their supply chains as a result of these efforts.

LPN is led by Patima Tungouchayakul, the main voice in Ghost Fleet, who has helped liberate around 5,000 slaves and has furiously advocated for labor rights, accountability, and transparency throughout Southeast Asia for nearly two decades. 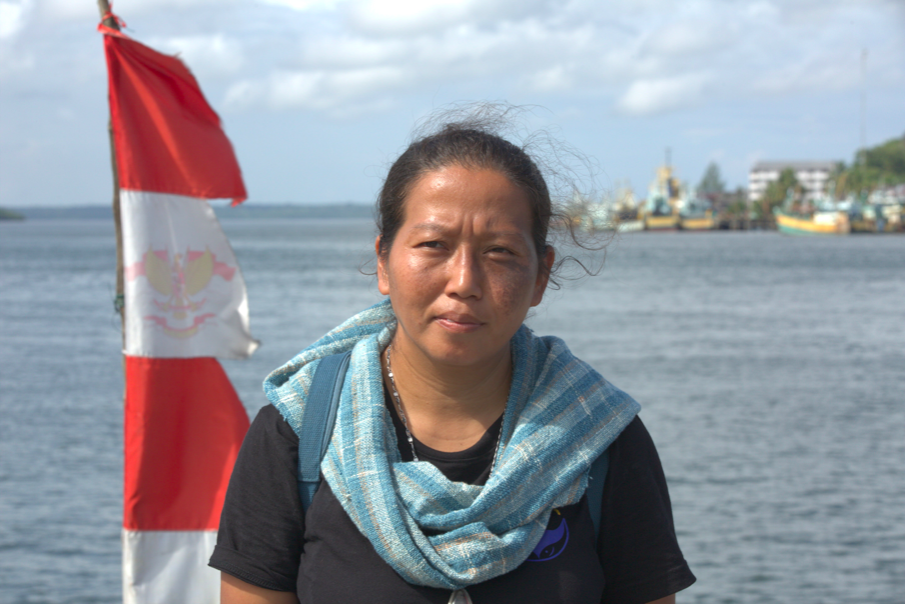 The Thai government has vowed to crack down on slavery operations partly because of her work, but exploitation is still rampant, according to Human Rights Watch.

Advanced satellite and tracking technology is helping to close the gaps that allow slave ships to continue to exist, and international pressure is driving additional governmental reform.

“In my experience, every laborer in the Southeast Asian fishing industry could be considered enslaved,” Tun Lin said, citing how workers are subjected to horrible and extreme working conditions, denied payment, and prevented from leaving boats.

For around 11 years, Tun Lin was forced to work on a deep sea fishing vessel with other migrant laborers in Somalian and Indonesian waters. He was violently abused and separated from his loved ones who had no idea where he was. He said he was unable to sleep when he got back home. He spent three days and three nights writing down what had happened to him and he still has so much more left to document, he said.

After Tun Lin’s hand was crushed by a pulley system attached to a fishing net, the crew put a plastic bag that had previously held fish around his arm to isolate the wound. The captain then told him he would have to jump into the water and swim to a nearby boat if he wanted treatment.

“It took me about 20 minutes to swim from my boat to the other boat as I held my hand above the water,” he said. “I was crying and swimming at the same time.”

Read More: Migrants Are Being Sold as Slaves for $400 in Libya, Report Reveals

That memory still haunts Tun Lin. He almost died that day. He could have died many other days.

Slavery took his hand, his youth, and many of his friends, but it didn’t take his compassion. Now, Tun Lin works with LPN, alongside Ratchapaksi, to help liberate other slaves — dreaming of a world with no slavery.