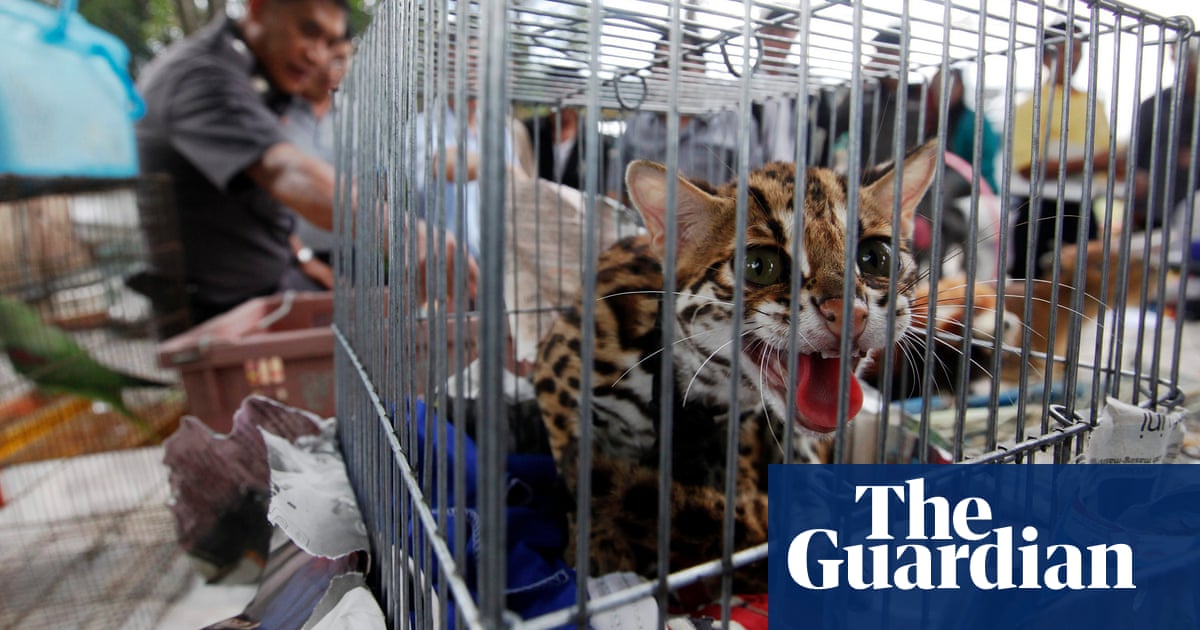 Police across the globe have seized thousands of wild animals, including primates and big cats, and arrested nearly 600 suspects in a crackdown on illegal wildlife smuggling, Interpol has said.

Covering 109 countries, the operation was carried out in coordination with the World Customs Organization (WCO), with investigators homing in on trafficking routes and crime hotspots, the international policing body said.

Operation Thunderball, based in Singapore, was aimed at transnational crime networks seeking to profit from wildlife smuggling activities. It was the third such Interpol mission in recent years.

An Interpol spokeswoman said police were holding 582 suspects, with further arrests and prosecutions expected to follow. Among the animals seized were 23 primates, 30 big cats, more than 4,300 birds, nearly 1,500 live reptiles and close to 10,000 turtles and tortoises, the organisation said.

They also confiscated 440 elephant tusks and an additional 545kg of ivory, the organisation said, pointing to a flourishing illegal wildlife trade online.

In Spain, 21 people were arrested thanks to an online investigation, and in Italy, a similar probe led police to seize 1,850 birds.

“Wildlife crime not only strips our environment of its resources, it also has an impact through the associated violence, money laundering and fraud,” said Interpol secretary general Jürgen Stock.

Interpol said slight declines in the seizures of certain species were a sign that continued enforcement efforts were working and that compliance levels were improving.

“It is vital that we stop criminals from putting livelihoods, security, economies and the sustainability of our planet at risk by illegally exploiting wild flora and fauna,” said Ivonne Higuero, secretary general of CITES, an international treaty to protect wild animals and plants.

Interpol has previously carried out similar large-scale crackdowns in 2017 and 2018 that netted seizures worth several million dollars.