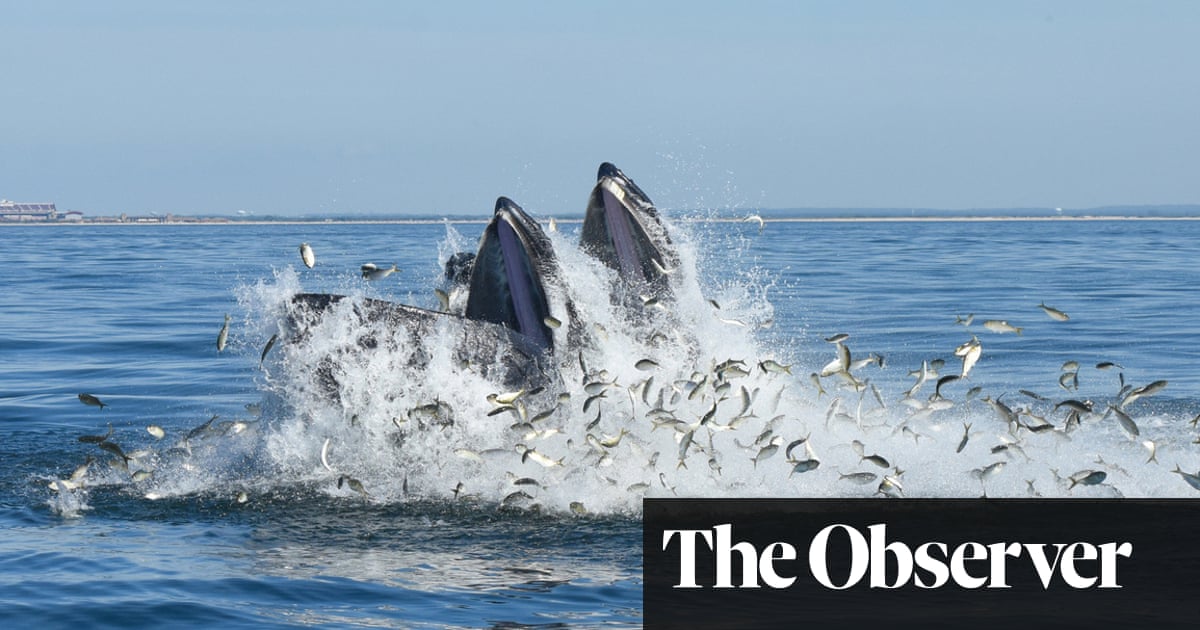 For most New Yorkers, wildlife spotting is confined to squirrels, the odd raccoon and anguished encounters with rats. But in the waters surrounding the city a very different animal experience is quietly booming: sightings of whales.

A total of 272 whales were spotted in New York City waters last year, according to the citizen science group Gotham Whale. That is an extraordinary leap from 2011, when just five of the huge cetaceans were witnessed frolicking near the most populated urban area in the US.

The sightings, almost all of humpbacks, have been logged by Gotham Whale members who are building a catalogue of known individuals, of which there are currently 112. The organization is partnered with American Princess Cruises, which has restarted annual summer voyages from Queens to take spotters and tourists out to spy the vast aquatic mammals.

“The numbers keep increasing and increasing very dramatically,” said Paul Sieswerda, who was a curator at the New York Aquarium for two decades before starting Gotham Whale.

“Humpbacks were nearly hunted to extinction but the populations are coming back. The whales aren’t common knowledge in New York but word is getting out. People go crazy when they see them. They are amazed.”

Sieswerda said the increase in sightings was down to a confluence of happy events, including legislation such as the Clean Water Act and Endangered Species Act that have mopped up pollution flowing from the Hudson River and helped safeguard humpbacks from direct harm.

Cleaner water from the Hudson is bringing nutrients that feed a fish called menhaden, also known as bunker. Menhaden are a key prey species for humpback whales, with juveniles congregating to gulp down the fish.

“The whales are coming to eat the world famous cuisine in New York,” Sieswerda said.

The surge in sightings has spawned a number of cetacean celebrities, including Gotham, a whale that entered New York harbour in 2016 and carried on up the Hudson, startling people looking down from apartments on the Upper West Side.

A separate whale was pictured breaking through the water to scoop up a tight formation of fish, the Empire State Building in the background. This whale, regularly seen and identified by a distinctive scar from a boat propeller, was named Jerry by the Grateful Dead fan who took the image. Most of the whales are spotted near the Rockaways, along Long Island and close to the New Jersey shore.

The apparent rebound of humpbacks near one of the busiest ports in the world tallies with an overall recovery of the species in the western Atlantic, even as species such as the North Atlantic right whale are threatened by extinction due to fishing net entanglements and environmental disruption.

Scientists are yet to see a full picture of the state of New York’s whale population, however. In April, the Wildlife Conservation Society’s New York Aquarium and the Woods Hole Oceanographic Institution deployed two new acoustic buoys, to monitor whales even when boats are not nearby. It is hoped the project will help detect minke and fin whales, as well as more regularly sighted humpbacks.

“It’s a really exciting time, I think it’s a great opportunity for people to get out there and see whales in New York waters,” said Howard Rosenbaum, senior scientist at the New York Aquarium. “It’s fantastic that you can go out from the Rockaways less distance than most New Yorkers commute on the subway each day and get to see some of the largest animals on the planet.”

Rosenbaum pointed out that it can be hard to ascertain if the increased sightings are down to a growing population or simply a growing number of people taking the time to look. Longer-term and more complete research will be needed.

“We have to be careful when we are talking about New York whale populations, but it is safe to say whales are being seen with increasing regularity and that there is an overall recovery happening among humpbacks,” he said. “Last year was amazing for whale sightings and I hope it’s the same this year.”