Why Global Citizens Should Care
Despite recent commitments to support women’s health, UNFPA, the UN agency on sexual and reproductive health needs $222 billion more to meet its 2030 goals. UNFPA Supplies, established under UNFPA, is dedicated to expanding access to family planning commodities to the estimated 232 million women around the world who lack access to contraceptive methods. This includes providing maternal health medicine, which helps avert maternal mortality. Join Global Citizen and call on Canada to increase funding to UNFPA Supplies now.

On the outskirts of the bustling city of Freetown, Sierra Leone, lies a quiet compound where women spend their days in a rather unconventional way: learning to assemble solar panels.

A dozen women sit at a long table crowded with wires, switches, and solar lamps. A nearby blackboard features a simple illustration on how to assemble a solar panel.

The women, who are part of the Barefoot Women Solar Engineers Association of Sierra Leone — known more commonly as the Barefoot Women — are determined to light up the country. They say their work, which has helped outfit solar panels in health clinics across the country, helps provide a safer birthing environment for pregnant women, who sometimes deliver in the dark due to unreliable power generation, particularly in remote areas.

Sierra Leone has one of the highest maternal mortality rates in the world, with an estimated 1,165 deaths per 100,000 live births, according to a 2017 United Nations report. While there are major challenges, such as accessing blood transfusions and reaching hospitals in a timely manner, many women are also forced to give birth in facilities that are simply ill-equipped, including those without water or power, putting them and their babies at risk.

Regina Mahmoud, a state-enrolled community health nurse, has been working for the last seven years in Malal, an area comprising of nearly 40 villages in Port Loko District, in northern Sierra Leone.

“My role is too [overwhelming]. I do everything; in and out patients, deliveries, family planning…” she told Global Citizen, trailing off while standing in a simple room with one bed, which acts as the clinic’s maternity ward.

“I help women to have safe and normal deliveries. We don’t want any complications,” she said.

While some complications are beyond her control, she says some issues — like a lack of electricity — are solvable. 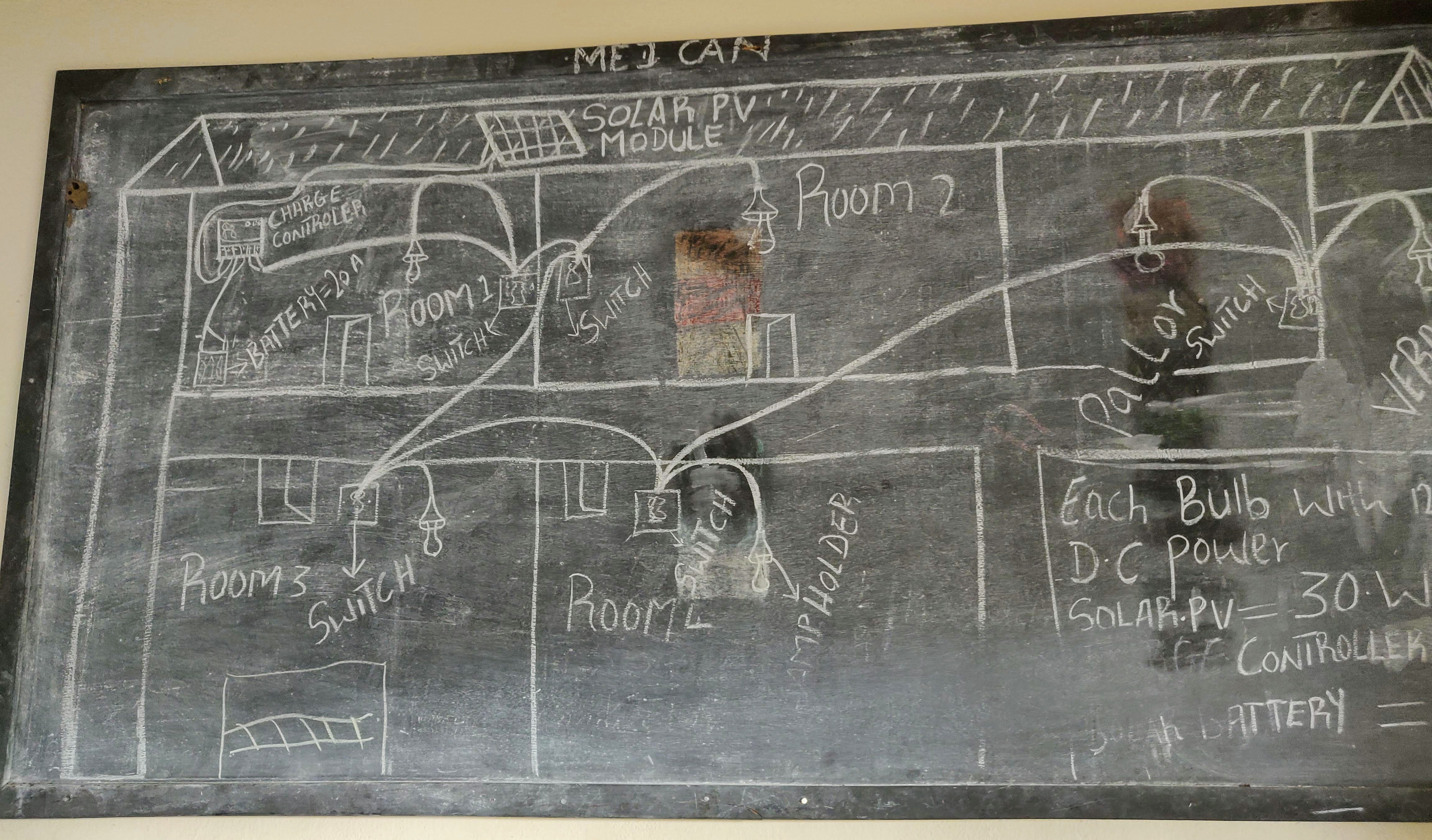 A blackboard at the Barefoot Women campus, outside Freetown, Sierra Leone.

The health facility she works in is off-grid, meaning it is not possible to be powered through the country’s electricity system. Although the clinic has solar panels, they are often not functional. As a result, women who give birth in the evenings do so without light.

“We use our phones [as lights]. It’s very difficult for us when we’re working,” Mahmoud said.

She lives on the same compound as the health facility and brings a handheld solar-powered light from her room to the clinic when women give birth at night.

Isatu Bangura, a solar engineer and master trainer with the Barefoot Women, says this shouldn’t be the norm in Sierra Leone.

Bangura joined the organization in 2008 after participating in six months of training on solar engineering in India. Prior to this, she sold clothes and household goods in her hometown of Makandeh, in the northern part of Sierra Leone. Like the other women who work for the organization, Bangura is semi-literate, having only attended primary school.

When she started, Bangura was unfamiliar with solar power.

“I did not see a solar panel until I went to India. I did not even hear about this,” she told Global Citizen.

Upon her return to Sierra Leone, Bangura went to her village to conduct a solar panel installation. Later, she was hired to install solar panels at schools, hospitals, and corporate offices across the country.

The Barefoot Women have installed solar panels at hospitals including Masimra Hospital, Komrambia Hospital, and Konta Line, all in Port Loko, in the northwest region of the country. 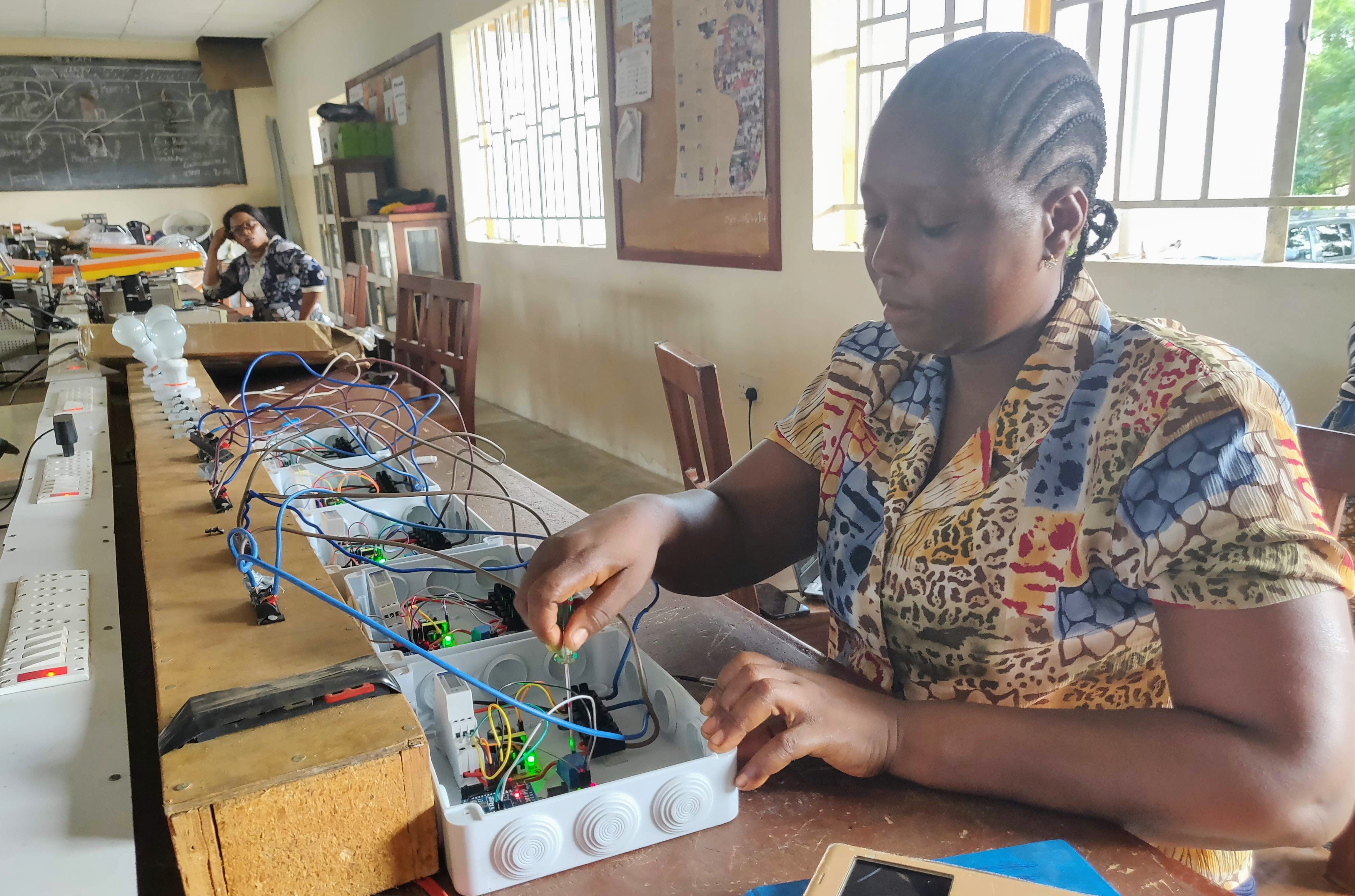 Isatu Bangura, a solar engineer and master trainer with the Barefoot Women, was one of the first women in the country trained by the organization.

Bangura explains that women who used to rely on the light from their phones can now rely on solar light.

According to Bangura, the clinics at these hospitals used to rely on ice blocks to preserve immunizations and vaccines. They no longer need to do, as they now have access to solar power, too.

Clinics and hospitals can now rely on “cold chain,” a system that stores and transports vaccines at recommended temperatures that utilizes solar-powered fridges.

Barefoot Women engineers perform maintenance checks and repairs on solar panels, which is essential as some clinics, such as the one Mahmoud works in, have solar panels installed that are not in working order. The Barefoot Women also install solar pumps that help harvest water from wells into tanks, helping clinics access water. 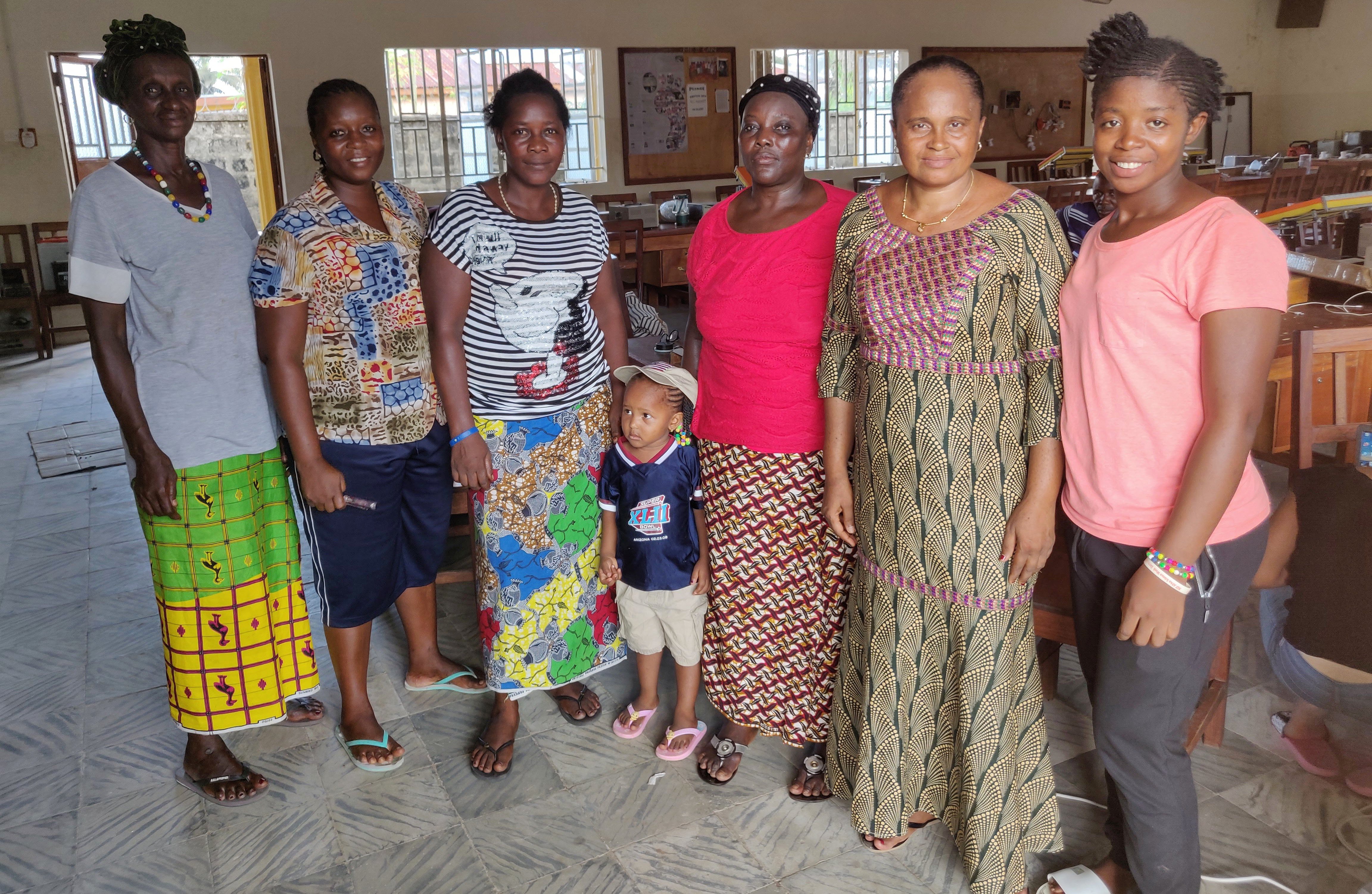 Trainees of the Barefoot Women are responsible for maintaining and installing solar panels across Sierra Leone, including at health clinics.

The organization has trained 250 illiterate or semi-literate women across Sierra Leone to become solar engineers. They make the strongest trainees employees that then go on to install and repair solar panels for the nonprofit’s clients.

According to the country’s “Maternal Death Surveillance and Response Annual Report” published in 2017, the main direct causes of maternal deaths are: postpartum haemorrhage (33%), pregnancy-induced hypertension (16%) and sepsis (11%), while the indirect causes of death are mainly anaemia and malaria during pregnancy.

In addition, the quality of care was identified as a contribution to maternal deaths in 67% of cases, when combined with delays in seeking and accessing care.

“There are barriers to providing medical treatment like a lack of delivery beds and other equipment that easily gets worn out,” Dr. Foday Sesay, the district medical officer of the District Health Management Team in Makeni, told Global Citizen.

Foday leads a team that investigates maternal deaths in the country.

“Of course, electricity and water are problems that contribute, too. When we do our analysis, they act as contributing factors,” he said.

The Barefoot Women hope their work providing light in health clinics will help change these outcomes and provide a safer birthing environment for women across Sierra Leone.

But they cannot do so without investments from the government and partners, who can cover the costs of outfitting more clinics with solar panels. Many areas in Sierra Leone are off the country’s power grid and without solar power. By some estimates, child mortality could be reduced by up to 40% if rural clinics had better lighting for births at night.