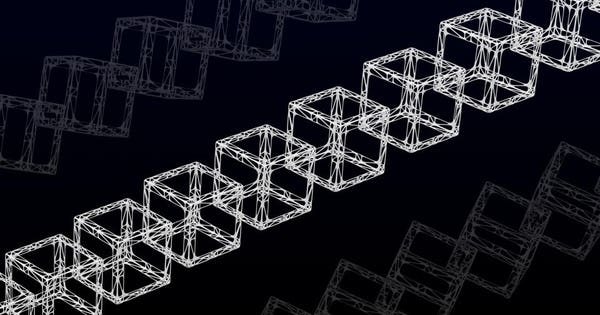 Blockchain could be the future of renewable energy and the next chapter in smart technology, as the online platform is helping develop consumer-driven power generation. The technology is providing a new level of sophistication to our energy supplies which have previously been reliant on highly centralized systems. The potential opportunities are endless, and by increasing efficiency blockchain could also allow for a substantial reduction of carbon emissions.

A blockchain is a list of records that securely stores information. It uses virtual technology to decentralize information by documenting it across a network of computers – no central entity runs the system, but many people can use it.

To put it simply blockchain is a list of records that securely stores information. It uses virtual technology to decentralize information by documenting it across a network of computers – no central entity runs the system, but many people can use it. Blockchain uses a form of data logging to ensure that the information cannot be changed or corrupted by anyone else.

Below are just 5 companies that are using blockchain in innovative ways to improve how we interact with our energy systems.

Estonia’s 100% digital energy grid made implementing a blockchain platform easy for WePower. The startup joined forces with an independent energy provider and gave consumers a chance to buy into their program using their own cryptocurrency . Blockchain offers WePower a transparent platform on which consumers could monitor energy prices and adapt and diversify their energy portfolio off of their predictions. In their white paper, WePower explains that they see blockchain and renewable energy as the next power couple of the energy market – both being complementary.

WePower hopes that by helping small clean energy producers enter the market and by providing private citizens with a cheaper, decentralized electrical grid, that power returns to the people: “In reality, due to rapid technological advancements, the cost of generating electricity from renewable sources has dropped below the cost of fossil fuel based technologies and will continue to do so. As a result, there is a clear economic benefit in the increased use of renewables – which is reflected in the global trends.”

Initial positive results from Estonia have pushed WePower to look at overseas expansion. Australia is in WePower’s sights as they look to get ahead of the curve and shake up the energy markets, but this market already has local companies quickly advancing.

Australia has long been seen as a country with immense potential as a clean energy hub. As blockchain rose as a platform for change, Australian startup Power Ledger jumped at the opportunity to help develop the country’s renewable energy market whilst also being able to offer cheaper prices to local consumers. With a rapid increase in personal solar power generation amongst Australian households over the past decade, Power Ledger recognized the conundrum facing the country’s energy suppliers: what happens when clean energy powered by individuals becomes cheaper than their own fossil fuel burning plants?

Working on the same peer-to-peer trading that has been the hallmark of blockchain, Power Ledger has set up microgrids that have linked clean energy producers and new residential developments. By giving consumers and producers a platform on which to monitor energy production, their sources and their prices, Power Ledger wants to help drive the development of clean, affordable energy and sustainable development. Australia’s energy market is entering a renewable energy boom as communities nation-wide look to disconnect from the grid in favor of bottom-up power programs.

With increased appreciation for the benefits of renewable energy, many private citizens are moving away from traditional power options . This change in mentality has been felt across the country and gives Power Ledger and other such companies a chance to revolutionize the energy market in a major economic power that still heavily relies on fossil fuels. A success story in Australia could help pave the way for future developments and would be a landmark case study for blockchain energy companies.

Acciona Energy and Iberdrola have both used the United Nations’ Sustainable Development Goals (SDG) as the framework for their clean energy program and hope to help Spain transition away from fossil fuels. As two of Spain’s largest energy companies, they have an opportunity to implement blockchain quickly with large-scale impact.

Combined, these companies boast close to 70,000 employees worldwide spread across five continents. Acciona Energy became the first utility company to use blockchain technology to certify the origin of its energy to consumers whilst Iberdrola used a similar platform in its own pilot program. After good initial results, the latter has indicated that it intends to integrate the platform in future large scale projects whilst the former has continued to pioneer the use of blockchain within established energy markets.

By helping Spain transition to renewables by using blockchain technology, it creates a top-down case study for other major companies from the standpoints of a big energy multinational. This shows that blockchain’s importance spreads beyond the startup scene.

The Brooklyn Microgrid is a community-based approach to blockchain. It reimagines the traditional energy grid model, with the concept of a communal energy network. While the utility provider still maintains the electrical grid that delivers power, the actual energy is generated, stored, and traded locally by members of the community, for a more resilient and sustainable clean energy model.

Rather than use an independent utility company, community members will be able to contribute electricity via their own solar panels or electric cars to the microgrid for other residents to buy and trade. Any excess energy will be stored amongst members of the grid and will give the opportunity for Brooklyn consumers to be a step closer to being self-sufficient energy wise. Labeled ‘prosumers’ (both producers and consumers), participants will help ensure the most efficient use of personal photovoltaic installations whilst also helping reduce the amount of energy that is lost through energy transfer.

The Sun Exchange is a startup that focuses on investment-driven solar installations. It identifies sun-soaked areas in South Africa where solar panels could be at their most efficient, then sells the modules to private investors who can then lease them to local schools and businesses. This business model ensures that local communities are able to benefit from cheap, clean energy whilst investors help fund and develop several projects that will generate income for the twenty years that solar panels are viable. All transactions can be processed bitcoin simplifying international monetary transactions, and the Sun Exchange uses blockchain-based smart contracts to reduce the needs and cost of physical administration.

The Sun Exchange acts as a crowdfunding platform for small- to medium-scale solar projects in developing countries, allowing investors worldwide to help fund plants with national currency or bitcoin payments. It has already funded projects including an 18-kilowatt rooftop solar plant for a Cape Town-based nonprofit and a 60-kilowatt system for an elephant park in Knysna, on South Africa’s south coast.

If you are interested in this story then read also Blockchain Is The Next Big Thing For Renewable Energy.