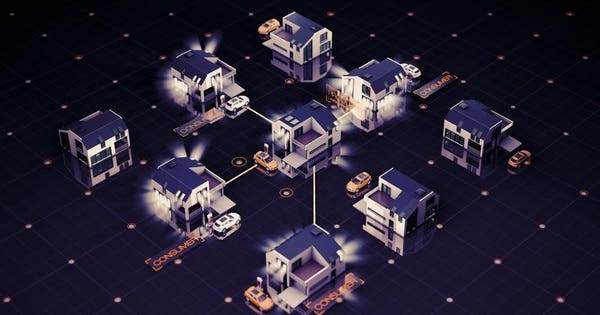 Blockchain has been touted as the next big technological advance – impacting everything from online transactions to e-government. But what does it mean for renewable energy?

Essentially an online register that securely stores information, blockchain serves as a repertoire of knowledge accessible to everyone. Rather than being controlled by one entity, blockchain is spread across multiple computers and uses a form of data logging to ensure that the information cannot be changed or corrupted by anyone else. By decentralizing data and protecting the way it is manipulated, blockchain promotes transparency and the sharing of information. As such, the record has immense potential in helping shape a wave of new technology and our ability to interact with it.

Blockchain has served as the go-to platform for the online currencies that have created a lot of hype as an alternative form of legal tender. Whilst they are often mentioned in the same breath, blockchain is far more than just a platform for cryptocurrency. While energy-intensive cryptocurrency mining has caused a spike in carbon emissions, blockchain is a blank canvas capable of driving innovation in the field of green technology . Startups and major companies alike are looking to unlock the potential that blockchain holds to catalyze the transition to green energy.

Many startups are already using blockchain as a tool to make energy grids more accessible and sustainable by promoting data-sharing in real time. The idea behind creating energy grids linked to blockchain is fairly simple: by giving consumers total control over where they source their energy as well as the information behind the production itself it drives competition and promotes sustainable energy.

Consumers using a smart-grid that relies on blockchain will be able to compare their energy providers and buy directly from them. In Estonia, a blockchain-powered smart grid called WePower has been testing just how well a choice-driven energy market could work by teaming up with an independent energy provider who shares their energy data in real time. Consumers helping pilot the program have bought into the grid and been given credits to spend on specific energy sources, giving them the freedom to alter their choices based off of real-time power generation and their prices.

Estonia’s fully digital grid made it easy for a WePower to test its blockchain project as well as using it to help promote clean energy . WePower’s CEO Nick Martyniuk told Wired that “blockchain provides the necessary trust for data sharing and creates liquidity as well as accountability between energy buyers and producers.”

Should the blockchain-based grid take off and become more mainstream, it could open up a whole new market for clean energy as Martyniuk points out, “Even though the cost of renewables has dropped significantly, small to medium size companies don’t have a good way to start buying green energy.”

An Opportunity for Clean Energy

A smarter electricity grid giving consumers transparent energy choices could push for more integration of clean energy. As Yvo Hunink points out, cheaper forms of energy, such as renewables, are set to be the market’s favorite choice and could help propel clean energy as a mainstream option.

Based off projects in India, Hunink illustrates what a blockchain-driven grid could look like: “A biomass plant owned by a farmer in rural India could start delivering the backup power to the grid as soon as the central grid fails, for a price that may vary dynamically according to the rest of available energy in the system. If the blackout is during the day, many solar panels would also be able to cover the load, however, at night, the biomass plant operator has better leverage to sell his energy for a higher price. The market dynamics of supply and demand could all be automatically contracted within a smart contract blockchain environment.

The decentralization of energy systems democratizes information and allows individuals to make their better-informed decisions. As a tool, blockchain smart grids could help to reduce inequality and provide cheaper, cleaner energy to both areas with developed electricity grids and those lacking any energy access. Blockchain could be one of the many solutions to long term reduction of carbon emissions and help promote sustainable development across the world.

However, in order to be successful, smart grids will require everyone to share their information, a move that many companies and private citizens alike have refused to do. Blockchain will need everyone on common ground in order to truly reach its potential as a global tool, but until then, startups will continue to pioneer the technology and help small communities and developing nations take charge of the clean energy revolution.

If you are interested in this story then read also Meet The Companies Spearheading Blockchain For Clean Energy.