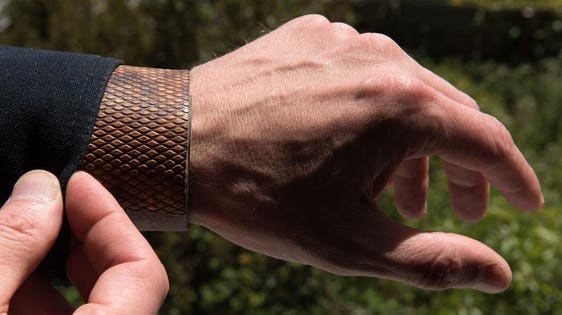 Shiitake, oyster, reishi – who knew there were so many remarkable uses for mushrooms?

From the creation of innovative leather and plastic alternatives to eco-friendly funeral garments, more and more products are now being fashioned from simple fungi.

Often using mycelium – the filament-like network of roots growing beneath mushrooms – manufacturers are producing a host of incredible, and sometimes beautifully engineered, goods. Proving far more sustainable than foam, plastic and leather, mycelium has the added benefit of being totally compostable after it has outlived its uses.

So it’s no wonder that consumers are increasingly eating up the idea of the versatile woodland material for cutting down on waste and creating ever-greener products with less negative impact on the planet.

Alternatives to Leather and Plastic – Made From Fungi

Leathermaking is seeing a major paradigm shift since the creation of products like MycoWorks’ leather alternatives. Feeling and performing just like supple leather with none of the resource-intensive traits tied to livestock, MycoWorks uses fast-growing mycelium to create material that’s sustainable, versatile and animal-free. Their product is durable, easily dyed like animal hide, and can be grown to nearly any size and shape. Good for the Earth, animals, and humans.

The plastic packaging industry is yet another sector that’s seeing some major changes toward sustainability using mushrooms, as businesses ranging from winemakers to computer hardware manufacturers recognize the enormous waste involved in single-use packing materials. Companies like MushroomPackaging.com are looking to change that mindset, with packaging solutions made from mycelium that are non-toxic and biodegradable. Cost competitive and 100% home compostable, their products perform as well as conventional foams.

Yes, you read that right. Your final charitable act on Earth could be a great big hug to the planet that generously accommodated you for your entire life, with this amazing mushroom burial suit that gives back to the earth. Created by Coeio, it’s an eco-friendly, green funeral garment that returns your body to the soil without harming the environment. In fact, it efficiently delivers nutrients from the body to surrounding plant roots, slowly absorbing human (or pet) remains with the aid of mushroom spores and other microorganisms. The Earth thanks you in advance.

The stylish Shroom Room coffeehouses in New York and Los Angeles may appear on the surface to be trendy attempts at grabbing headlines and dollars from your pocket, but in fact they are actually signs of the increasing popularity of mushrooms employed as a superfood. Pointing out that people in India and China have been incorporating medicinal mushrooms in tea, tinctures and soups for thousands of years, Shroom Room cites their myriad health benefits, boosting everything from mood to libido. Don’t let their chic addresses on Abbot Kinney and Delancey streets throw you. Chaga, Lion’s Mane and Cordyceps are the real deal. Just ask big-wave charger Laird Hamilton, who’s created a very popular mushroom superfood creamer.

Oil spills, toxic sludge zones and the harmful detritus left after wildfires – all can be sopped up by mushrooms through a process known as mycoremediation. Because fungi act as excellent decomposers in many environments, over the course of millions of years they have developed unique skills for breaking down hydrocarbons and other organic chemicals. Enzymes in mycelium are notorious for breaking down toxic chemicals, gradually reducing heavier hydrocarbons into lighter-weight compounds that are less harmful to human beings. Employed after the devastating Sonoma, California fires, scientists inoculated straw-filled fiber rolls, designed to prevent erosion, with oyster mushroom mycelium. Over time, they will break down those environmental pollutants and return the soil to health.

Most avid gardeners and farmers can tell you that honeybee populations have taken a nosedive since 2006 and the first discovery of Colony Collapse Disorder in North America. On average, the U.S. has witnessed 30% annual honeybee hive losses, which raises grave concerns about global food security and the potential deficits of crop pollination for future years. Bees, after all, are nature’s little workhorses, doing the tedious work of pollinating trees and vegetables. Now scientists at Fungi Perfecti are developing a mycelium extract that increases bee immune systems, as well as a device the size and shape of a hummingbird feeder (called the BeeMushroomed Bee Feeder) that makes healing fungi extract available to bees. It’s a simple solution that could have massive implications for global bee health — and in turn human health.