Why Global Citizens Should Care
Since 2015, UK aid has supported dozens of projects to improve the lives of people around the world, which together help to drive progress on the UN’s 17 Global Goals. In just five years, Britain has helped achieve extraordinary things in the fight to end extreme poverty through tackling disease and hunger, ensuring education access, improving rights for women and girls, and more. Join the movement to end extreme poverty by taking action with us here.

From ensuring education access for millions of girls, to the almost complete eradication of polio, the past five years have seen some remarkable achievements made by organisations around the world, all helped by funding from UK aid.

We might hear the individual stories or the headline stats of right now. But sometimes it’s helpful to look back at the progress that’s been made over time too. Each of these achievements brings us a step closer to fulfilling the UN’s 17 Global Goals to end extreme poverty, and has led to immediate improvements in millions of people’s lives.

Alok Sharma, the UK’s secretary of state for international development, recently wrote out a list of his department’s achievements since 2015 to show to parliament.

Here are some highlights of how UK aid has been changing lives around the world over the past five years.

Last year, world leaders warned that failing to educate girls would lead to “catastrophes”. An estimated 131 million girls are still out of school, limiting their later employment opportunities and putting them at risk of child marriage, early pregnancy, and poverty.

A huge part of both reducing poverty and giving women and girls the chance to fulfill their potential is education. Since 2015, over 14 million children have been supported by UK aid in getting access to a decent education, of whom almost 6 million were girls.

The UK also helped launch the Leave No Girl Behind Campaign in 2018 and since then has announced £515 million to help get over 12 million children, half of them girls, in to school.

Reproductive health is so important — as pregnancy and childbirth can be very dangerous for mothers and their infants. The World Health Organisation estimates that some 295,000 women died in pregnancy or childbirth in 2017 — around 810 women a day — and 94% of those maternal deaths were in low or middle income countries.

That’s why UK aid has focused on ensuring that 5.6 million births have taken place safely in the presence of nurses, midwives, or doctors since 2015. Overall 80,100 mothers’ lives have been saved during childbirth, along with 226,000 babies during this period.

It’s estimated that 300 million lives are saved every year thanks to vaccines protecting us from diseases like measles, polio, yellow fever, tetanus, cholera, diphtheria, and influenza. It’s crucial to the UN Global Goal 3 for health and wellbeing for all that vaccinations efforts are maintained around the world.

The UK is a leader on global health and, by 2020, we’ll have helped vaccinate 76 million children — preventing 1.4 million deaths from vaccine-preventable diseases.

In the next period, 2020 to 2022, the UK has committed to contribute £1.4 billion to the replenishment of the Global Fund to FIght AIDS, TB, and Malaria, a commitment — enough to help save millions of lives — described by the Global Fund as “outstanding leadership in global health.”

The next year will be big for the UK’s efforts on global health, and Britain will also be hosting the replenishment of Gavi, the Vaccine Alliance — an organisation that has vaccinated more than 700 million children.

Since 2015, the UK has distributed 49.7 million long-lasting insecticide-treated bed nets, to people at risk from malaria — which kills some 435,000 people a year.

These insecticide-treated nets are one of a few prevention options recommended by the WHO, helping to reduce the number of cases of children infected by malaria by 60% between 2000 and 2015.

It’s important that action continues to be taken to protect people from mosquitoes and the diseases they carry. Mosquito-borne diseases include Zika virus, dengue fever, West Nile virus, Chikungunya virus, and malaria. 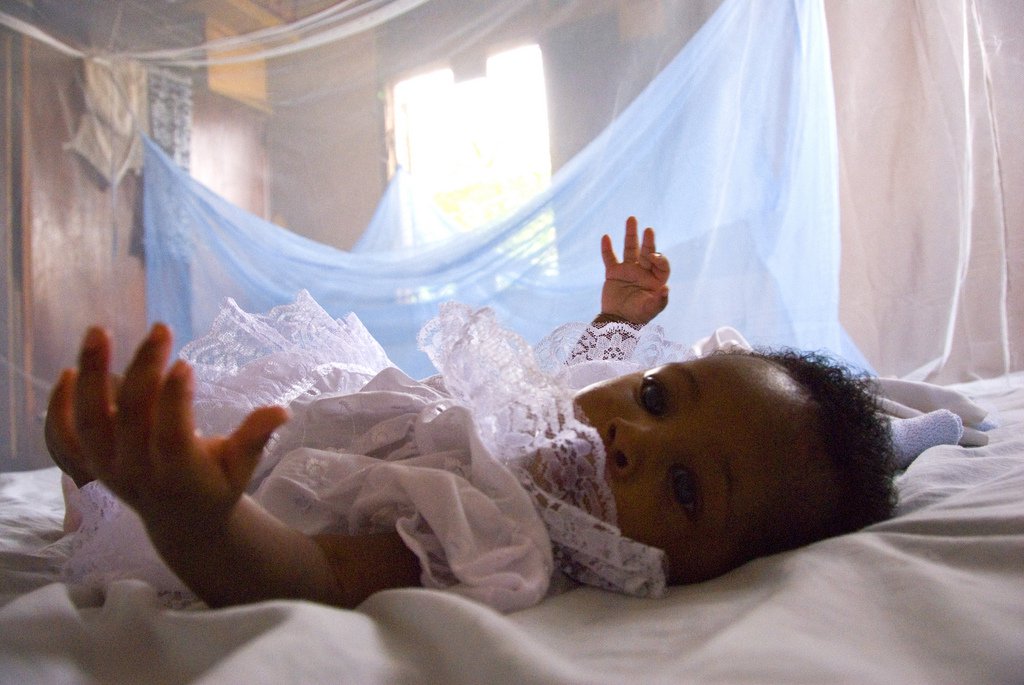 Thanks to 30 years global health efforts, polio is now 99.9% eradicated. In 1998, there were 350,000 cases of the virus — which can lead to life-long paralysis and death — every year. In 2018, there were only 33 polio cases reported in Pakistan and Afghanistan.

But that success story is not yet cause for complacency.

According to the World Health Organisation, failure to eradicate polio from its “last remaining strongholds” could result in up to 200,000 new cases a year, all over the world, within 10 years. It means that, while polio still exists, every child is at risk.

To continue this fight, the UK committed £400 million between 2013-20 to the Global Polio Eradication Initiative (GPEI), and in turn the initiative has vaccinated more than 400 million children against polio every year, while monitoring 70 countries for any cases.

Earlier this month, Sharma announced that the UK would be recommitting to GPEI from 2020-2023 to help pay for tens of millions of polio vaccines — enough to vaccinate up to 750 children a minute.

6. Helping the fight against FGM

In 2018, it was announced that £50 million of UK aid funding — the largest single investment worldwide to date by any international donor — would go towards ending female genital mutilation. The dangerous and traumatising practice leads to lifelong health complications, including risk of infection and death for women and girls.

But years of campaigning from tenacious activists and organisations like Daughters of Eve have put the UK at the forefront of action against FGM. The work finally led to the first-ever conviction for FGM in the UK this year. But the fight must continue and UK aid is helping lead the charge on funding action.

Since 2015, DFID’s nutrition-relevant programmes have reached 60.3 million women, children under five, and adolescent girls — who are among the most vulnerable when it comes to hunger and malnutrition.

Last but not least, the UK’s International Climate Finance programmes have supported 57 million people around the world in coping with the effects of climate change (although technically this was in the last eight years, rather than since 2015).

The programmes have also provided 26 million people with better access to clean energy — reducing greenhouse gas emissions by 16 million tonnes as a result.

The world’s poorest people will be, and already are being, disproportionately impacted by the effects of climate change. Meanwhile, it’s estimated that climate change could actually reverse the last 50 years of progress on eradicating disease and reducing poverty.

As a step in the right direction, at the UN summit this year a global partnership, which includes the UK, was announced to help protect a billion people from the crisis by improving responses and early warning systems.

Each of these achievements has changed and saved lives, contributing to the mission to achieve the UN’s Global Goals and end extreme poverty by 2030.

The UK is a world leader in international development. In 2013, Britain became the first G7 country to meet the UN’s target for aid spending. Then, in 2015, it was enshrined in British law that we would meet the aid target of 0.7% of gross national income (GNI) every year.

So, while it may sometimes feel like the world isn’t making any progress in eliminating poverty and inequality, in reality great progress is being made — and Britain is helping make it happen.

We’ve got just 10 years left to eliminate extreme poverty by 2030 — and it’s going to take individuals, governments, and businesses working together to do it. Join the movement by taking action here to help end extreme poverty.