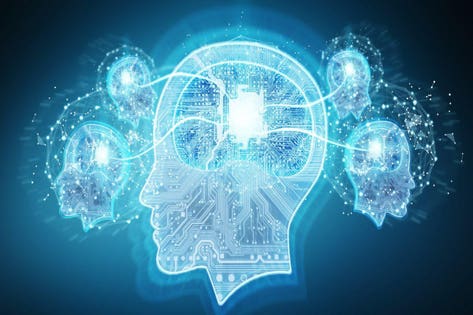 From automated to autonomous and now cognitive, a paradigm shift is taking place in the design principles of machines, matter, methods and more. So, what are the principles of cognitive design? And are they centered around the future of humanity?

From tabulating systems to programmable systems and now with cognitive systems, the evolution in computing allows humans to move beyond numbers and data to knowledge and intelligence. It is no longer about the replacement of man with machine, but rather about intelligence augmentation.

Over the years, programmable systems processed numbers and created data, but now cognitive systems are on their way to help make sense of the data and make it actionable for humans. As cognitive systems learn, reason, and interact with humans as partners and collaborators, everything in cyberspace, geospace, space, and beyond (CGS) will likely change in the coming years. However, what is fueling the advances in cognitive systems?

The many advances in neurophysiological and cognitive science research have fueled a surge of research aimed at more effectively linking both human and machine intelligence capabilities as well as matter and mother nature to access intelligence for the benefit of humanity. The information gathered from this rapidly emerging potential of collaboration between man, machines, matter, and mother nature could give humanity an intelligence edge across cyberspace, geospace, space (CGS) and beyond.

Cognitive systems are emerging that can already read, write, speak, see, hear and learn. Examples include brain-machine interfaces, robotic prostheses and orthotics, cognitive and sensory prostheses, software and robotic assistants, autonomous cars, autonomous weapons, and more. Because cognitive computing can be programmed to self-learn and solve complex problems, it is important to evaluate where it is making a difference now and where will it make a difference in the coming years.

As seen, the rapidly evolving self-learning systems have already influenced travel, sports, entertainment, fitness, health and wellness—and so much more. So, first and foremost, cognitive environments require an understanding of the development of a collaborative cognitive innovation ecosystem. While the rapidly expanding individual and collective components of the futuristic man, machine, matter, and mother nature cognitive ecosystem are still in their infancy, they are necessities for the very future of humanity. These include integrated knowledge discovery and exploitation facilities that can incorporate predictive and prescriptive big data analytics, novel cognitive modeling tools and visual simulation facilities, multimodal cognitive interfaces, conversational algorithms and more.

The Building Blocks of Cognitive Computing

To begin with, perhaps the cognitive computing system must have the following features:

It needs to be adaptive. It must reflect the brain’s ability to adapt and evolve to any surrounding in cyberspace, geospace, space and beyond.

Moreover, it needs to be explainable and needs to be dynamic in data gathering and understanding goals and requirements. The evolving cognitive systems also must draw on multiple sources of information, including both structured and unstructured digital or analog information from across cyberspace, geospace and space.

It also needs to be interactive with the man, machine, matter and mother nature. Any emerging system needs to be contextual in the sense that it will require an ability to understand, identify, and extract contextual elements such as meaning, syntax, time, location, process, task, goals and so on.

The Potential of Cognitive Technologies

Furthermore, what will be the impact of the power of more information, intelligence, and automation on the future of humanity?

As seen across nations, cognitive computing is already being used to assist with health care, banking, and land lease management. Cognitive applications are emerging for making assistive devices for people with disabilities (such as mobility devices, prosthetic devices and more) and use in social services, education, transportation, public safety, the environment, and infrastructure as well. These evolving cognitive computing models provide a good glimpse of some of the ways these system applications will enhance and transform human lives across CGS in the coming years.

So, as cognitive computing serves as an intelligent informational tool, dependent on a human to act or inform, how will it impact the current adoption of artificial intelligence-driven autonomous systems, where the machine is an autonomous actor? Perhaps both autonomous systems and cognitive systems will find a place in the CGS ecosystem.

As cognitive computing empowers intelligent machines, matter, and more to think like human beings, it will undoubtedly increase human capabilities, reach, and knowledge beyond cyberspace, geospace, space. It will further allow gathering data from man, machines, matter, and mother earth to draw intelligent conclusions and make accurate predictions. As a result, humanity will see the dawn of a new age, where machines, matter and more with human-like cognitive abilities work hand in hand with humans in solving complex problems facing humanity.

The question is who will be giving whom directives!