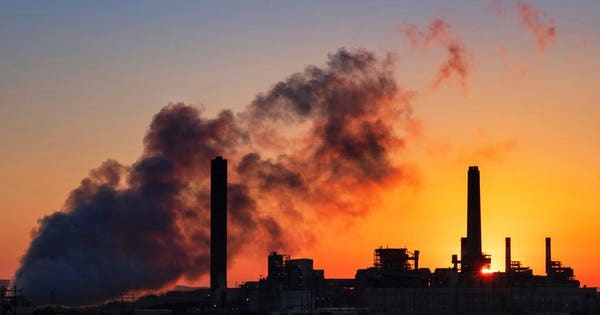 When the National Climate Assessment was released late last year, it said that the risk of catastrophic climate change was such that new tools had to be created to literally yank CO2 from atmosphere — to sequester it from ambient air. But what is being done to achieve this and is this technology feasible?

Study after study has concluded that climate change is primarily human-induced and that global average temperatures are the highest they have ever been. And if the level of heat-trapping emissions is not brought down, it will affect every dimension of human life — from energy production to water availability to infrastructure development.

“The emitting has gone on so long and has reached such scale that to avert a 2 degree rise, we need carbon capture and sequestration to be implemented across the globe,” says Sam Feinburg, chief operating officer and executive director of Helena that serves as a braintrust to solve climate issues — one that brings together financial, intellectual and political capital.

“We used to ask if this is feasible,” he continues, in an interview. “Now we know it is imminently feasible but the bigger question is, ‘will we get there in time.’ “It is very important that the world embrace this at scale. It is embryonic now. It will get there. We will accelerate that timeline.”

The 2018 National Climate Assessment — produced by 13 U.S. agencies — said that to keep temperature rises to 2 degree Celsius and 3.6 degrees Fahrenheit by mid century, public policy must help facilitate the development of low-to-no-carbon fuels to power utilities and vehicles. For those who think the economic cost of such a transition is too high, think again: The price of inaction, according to the authors, will be half-trillion dollars a year.

Helena is specifically working with Swiss-based Climeworks to scrub CO2 from the atmosphere — after it has left the smokestack. Climeworks’ goal is to remove 1% of the world’s total annual CO2 emissions by 2025 — or 10 billion tons of CO2 each year by 2050. Right now, the CO2 that the company is capturing is re-used for plant life. But if it is to have a real impact on mitigating the effects of climate change, that CO2 must be sequestered underground. And that’s hard right now because it cost $600 to remove a ton of CO2. But Climeworks says it will get that down to $100 a ton in a few years.

“The technology needs a catalytic effect: folks must be able to bet on it,” says Henry Elkus, chief executive of Helena, in an interview. “There is an amount of research and development that needs to happen to drop the price of a ton of carbon to reach feasibility. Helena can facilitate that time span.

“We have seen this with solar,” he continues. “There was a time when it was not viable and now it is. Carbon capture deserves to be adopted.”

Helena has been working with Climeworks for two years, providing it with the experts who give consulting and scientific advice — without taking a financial position. The company, in fact, has been listed as a “Top 20” in the field of carbon capture, along with: ExxonMobil, Occidental Petroleum, General Electric, Mitsubishi Heavy Industrial, Schlumberger, Royal Dutch Shell and NRG Energy. Meanwhile, two of Climeworks competitors that are also focused on pulling CO2 from the atmosphere are listed: Global Thermostat and Carbon Engineering.

To be clear, Helena is focused on real climate solutions — ones that also include the increasing use of renewable energies. To that end, the Bloomberg Foundation has just launched a “Beyond Carbon” campaign that is financed with a $500 million investment. It will work with state and local organizations to pass laws to get to 100% clean energy by, in part, expanding low-carbon transit, cleaning up buildings and promoting low-carbon manufacturing.

The same foundation has worked to close the nation’s coal plants, with 289 of the 530 being mothballed since 2011. It aims to close the rest by 2030. But it says that replacing that fuel with natural gas will do little to dent the carbon threat over the long term, meaning that such energy should be replaced with cleaner alternatives.

Natural gas, though, is used to firm up wind and solar plants when the weather does not permit. And it has helped accelerate the growth of those fuels by preventing outages. That means that carbon capture is a technology that should not be forsaken — especially because this country will continue to use natural gas while the developing world will continue to rely on coal.

“The goal is to arrest global warming,” says Helena’s Feinburg. “It is about getting carbon capture to a commercial and industrial scale. We are about accelerating the growth curve and adoption of the technology.”

Carbon capture is an expensive tool that will require new resources to bring it to fruition. And while many will argue that those monies would be better targeted to prevailing cleaner fuels, the reality is that the world will still depend on fossil fuels. The development of the technology is henceforth unavoidable if we are to meet the challenges presented by climate change.