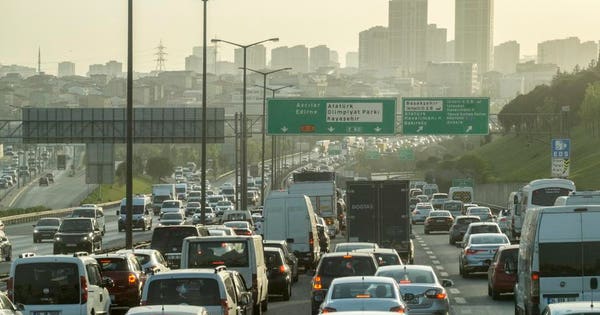 Choke point: growing concerns among city residents about air quality and traffic congestion may prove a tipping point in the energy transition

Cities, particularly large metropolises, have rarely been seen as drivers of environmental change. But out of the exhaust fumes of slow-moving traffic, a number of major cities are aiming to become catalysts for the energy transition – speeding up the move away from fossil fuels, and using technology to become a catalyst for a sustainability.

Cities play a prominent role in our society as our economies shift away from labour-intensive industries towards services, education levels continue to rise and our world becomes ever more urban.  Improving the living standards of city dwellers is now paramount for local governments.

Traffic congestion has been a major challenge for cities for many years, and as urban residents grow more concerned – and more vocal – about the effects of pollution and traffic congestion on their lives, local governments, in London and New York City, for example, are redoubling their efforts to manage congestion.

Traffic management to resolve congestion is a key technology enabler for wider improvements.  Congestion is managed through monitoring road access and levying fees for road use, particularly in key areas of a city. These fees cover the cost of the infrastructure investment and its operation. They also often generate a cash surplus, as the congestion charges need to be sufficiently high to change behavior. These surpluses are usually allocated to improve the public transport infrastructure, as voter acceptance requires a viable transport alternative to be available for those who need to commute to work.

However, there is now the opportunity to include urban air quality as an improvement opportunity. Dirty air is the natural outcome of the topography of most cities, as vehicle exhaust fumes are emitted in narrow corridors with buildings restricting air flow and the dissipation of the emissions. The funding surplus from a congestion charge enables wider policy options to be explored, such as lower fees for cleaner vehicles.

The congestion charging infrastructure, once in place, becomes a platform to address urban air quality as it enables the deployment of low-emission zones, in which high-emission vehicles are charged a fee to enter the city. Low/zero emission vehicles can be exempt, which supports electric vehicle (EV) adoption.  While EVs are not truly emission-free across their life cycle, the urban dweller is primarily interested in tailpipe emissions, as the power to supply the electric vehicle is typically generated a distance away.

London is a city that is leading the way – there is now an emissions charge covering the city centre, with plans to extend this to one of its inner orbital roads in the next two years.

To date, these policies have resulted in the London and the UK’s south-east having a disproportionate share of the UK’s EVs.  The policy on air quality is technology agnostic.  It is to promote lower-emission vehicles, not specifically EVs, as the latest diesel passenger cars fall into this low-emission category. Consumers are prompted to make decisions around faster vehicle replacement. A logical outcome of advancing the purchase decision of a vehicle is that more will be electric, so supporting a faster transition.

China’s approach is somewhat different, but also centers on mitigating congestion. For Beijing and other major metropolises, a licence is needed to purchase a vehicle with an internal combustion engine. These licences are limited and expensive, with some even subject to allocation by lottery.  EVs suffer no such restrictions, so more than 80% of China’s EVs are deployed in the country’s top 30 cities.

Other Asian cities are promoting EV adoption through the rapid deployment of charging infrastructure.

India has a strong desire to tackle urban air quality.  There are incentives to encourage a switch to electric vehicles, with a key focus on the two-wheeler sector, which currently accounts for 60% of India’s current gasoline demand.  These scooters are used for commuting and their batteries can be charged at home, dispensing with the need for charging points.

Public acceptance of these new policies is key, which makes investment in public transport vital for those who can no longer afford to use their existing vehicle. Buses and urban freight movements cannot be forgotten, particularly with the rise in e-commerce.

Electrification of the vehicle fleet in cities will solve many urban air-quality issues, but we may, in future, simply uncover another health issue. However, environmental policy is inevitably an incremental activity, involving chipping away at the prevailing issue before moving to the next.

Cities keen to improve the health of their local populations can be key to accelerating EV adoption. Cities have the opportunity to lead the transformation and demonstrate success ahead of national commitments, many of which are too slow to address the challenges of climate change.