As day breaks over the sandy stretch of Kenyan desert, Salah Abdinoor Issack finishes his dawn prayers and will now spend the hours until sunrise with his closest companions — his camels.

Issack, his grey beard tinged with orange henna, has herded and cared for camels since the age of 7 and feels a deep kinship with the animals that have sustained his rural community in Hadado, northern Kenya.

“I can’t fall asleep if I’m not with them,” Issack told the Thomson Reuters Foundation.

But the snorting beasts now have an additional benefit. They are being hailed for their ability to withstand climate-related droughts that are set to worsen in the Horn of Africa, where temperatures average above 30 degrees Celsius parts of the year.

Their milk has been dubbed “white gold” by food experts who say the creamy liquid could help conquer malnutrition, diabetes and other medical concerns, making it a tempting new superfood for health-conscious Western consumers.

With a growth in camel milk products available — from chocolate bars to baby milk formula and ice cream to “camelcino” coffees — there is a growing demand from consumers from North America to China, market experts say.

“If there is water scarcity, [camels] can go a month without water. Even when they are thirsty they can still produce milk — there is no downside to camels,” said Issack who uses money from milk sales to support his family.

Climate change is a growing threat in Kenya and is making drought and humanitarian disasters worse across Africa, international aid agencies warn.

The number of people in need of food aid in Kenya has risen by almost 70%, to 1.1 million, since August 2018, due largely to poor rains, the government said.

In 2017, Kenya declared drought a national disaster and earlier this year announced it had allocated 2 billion shillings (about $20 million) to respond.

Read More: How 2 Years of Drought Have Caused a Devastating Humanitarian Crisis in Kenya

Extreme weather has pushed wandering nomads like Issack to bank on camels — and their milk — as a drought-safe investment with Kenya now the world’s second largest producer of camel milk after neighbouring Somalia.

“They are a remarkable beast.”

Huddled on the roadside at her small store, Halima Sheikh has been selling frothy camel milk for 15 years and is one of a growing number of female milk traders in Wajir County.

As she awaits fresh deliveries of milk sped across the desert on dusty motorbikes, she credits the drink with granting her and many other women an income.

“I don’t have anything else. If I didn’t have these containers of milk I’d be at home. I’d be starving,” she said. 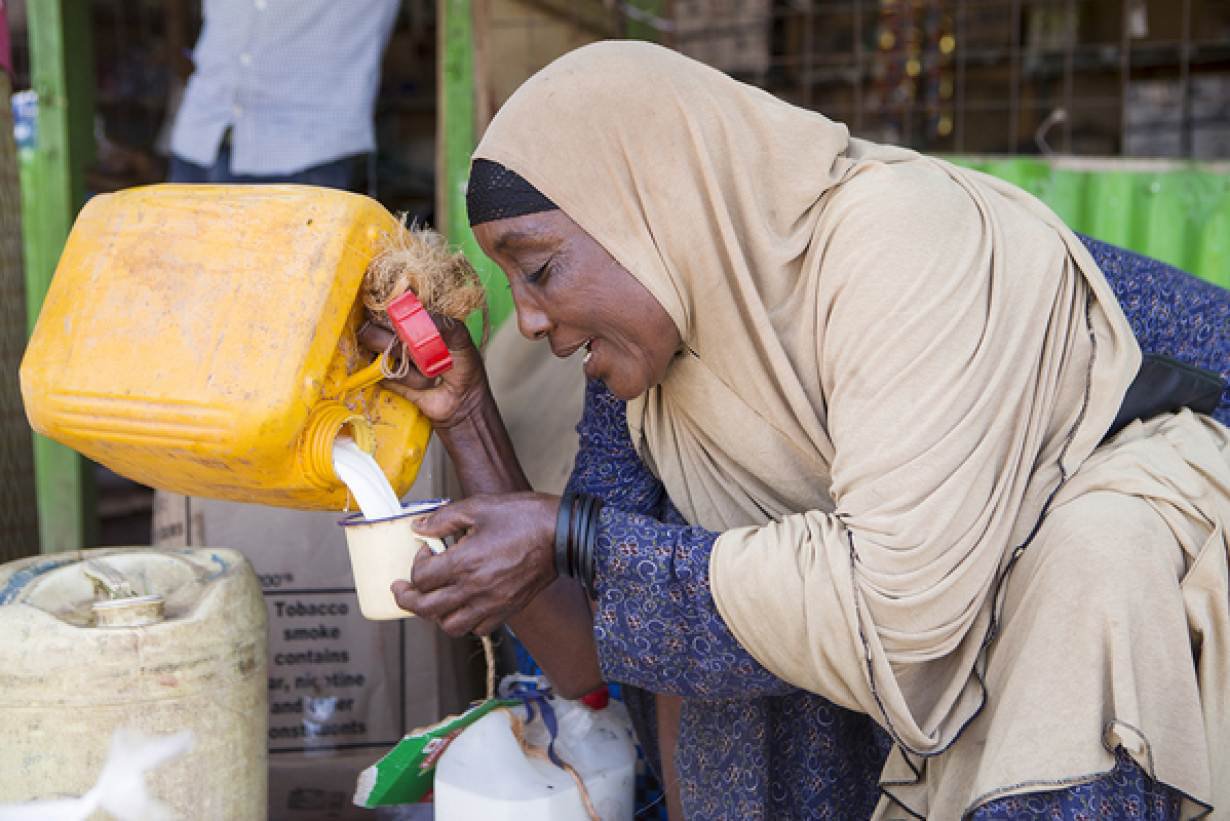 Camel milk is especially nutritious for young children and the elderly, she said, and selling it to passersby has allowed her to pay her debts and her children’s school fees.

The milk, commonly drunk in countries from the United Arab Emirates to Chad and Mongolia, has a vitamin C content three times as rich as cow’s milk, according to the FAO, and can benefit those who lack access to a varied and balanced diet.

“It’s widely claimed that there are lots of medicinal properties to the milk. It’s a different make-up of the proteins, carbohydrates and fatty acids,” said Simpkin.

“That’s what makes people claim that it’s much more nutritious.”

Wajir, home to a large Somali diaspora, has been plagued by the militant group al Shabaab, which is active in recruiting youth, according to local government minister Yussuf Abdi Gedi.

“The other effect of climate change is, because many people are losing their livestock, they settle in villages where there are no jobs,” said Gedi.

“We are having youth that are not skilled but idle. Crime levels have gone up and they are easily radicalised.”

More than 60% of local people still rely on livestock, according to Gedi, but cattle are dying due to increased dry weather and driving migration to towns.

“We see climate change with our own eyes,” said local cattle herder Abdi Gedi, who has been shepherding cows for 22 years.

“There have been times where drought wiped out everything we have.” 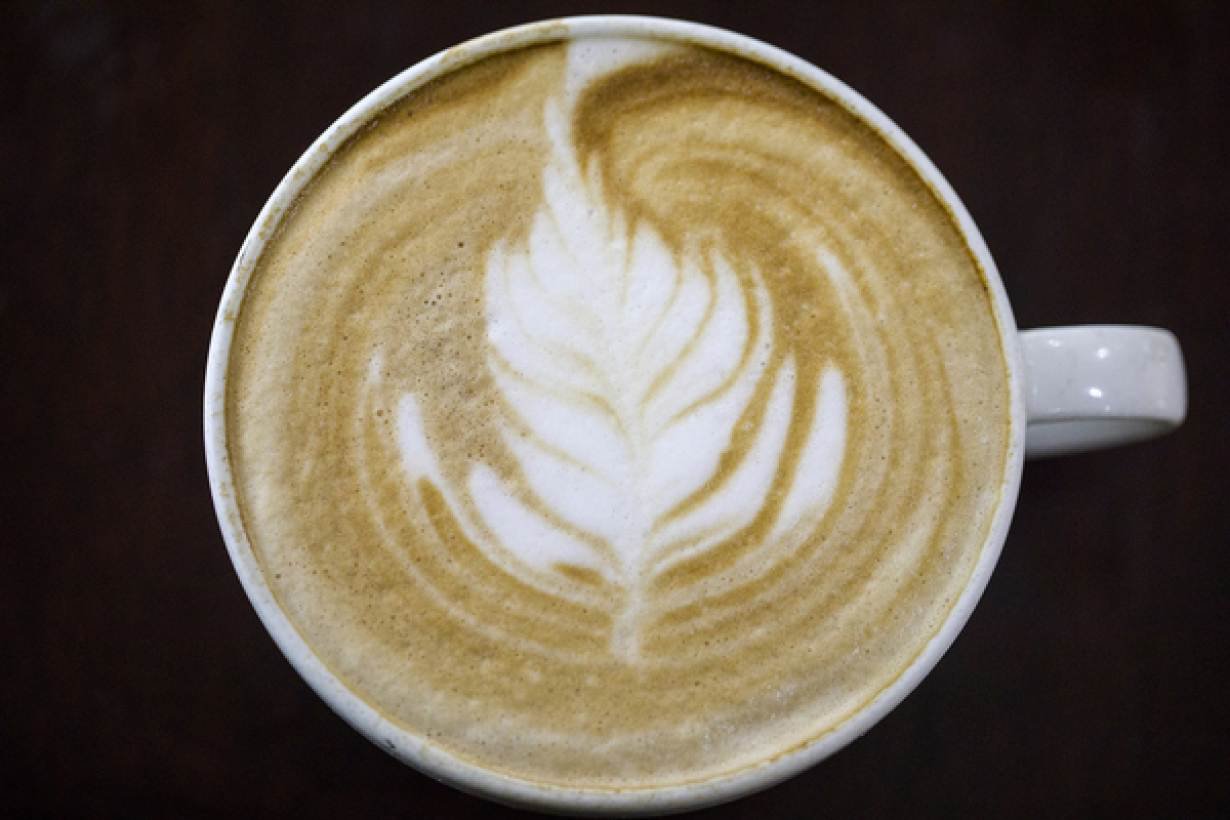 One businessman already is taking him up on the offer.

“Camel milk is the next-generation dairy,” said Jama Warsame, chief executive of White Gold Camel Milk. Having lived in the United States, he hopes to export Kenyan camel milk to US supermarkets.

“Most of the people are going healthy at the moment and they believe that camel milk is medicinal. As a result of that a lot of rich people … are drinking it,” he said.

He credits the milk with helping those who suffer from allergies and are lactose intolerant.

His firm is one of a handful of professional processors that have sprung up in Kenya to pasteurise and sleekly bottle the drink for hospitals and hotels with the milk gaining popularity among its own burgeoning middle classes.

Global interest in camel milk is growing, said Simpkin, who expects greater investment and research in coming years into its health benefits.

But rural Kenyan people also will prosper, he said, as camels remain “one of the best adapted animals” to cope with a fast changing climate.

“They are an animal of the future,” he said.