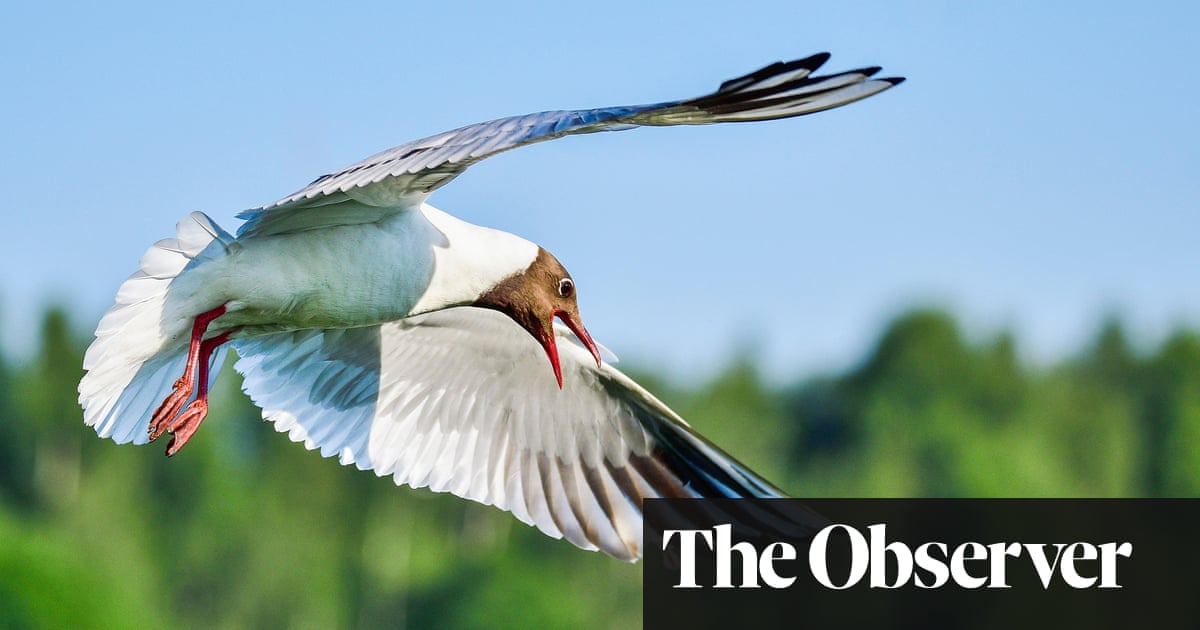 Wherever you go in Britain – in city, town or country – you can come across a hidden wildlife haven. It may be home to sand lizards and stoats, adders and orchids, butterflies and bush-crickets, water voles, peregrine falcons, or great crested grebes.

Yet often these oases are not official nature reserves, but little scraps of land we rarely consider important for nature. Churchyards, roadside verges, railway cuttings and disused quarries may not appear to have much in common. But they were all originally created for humans’ needs, before becoming places where wild creatures thrive. Together, they add up to an area larger than all our official nature reserves combined.

Not that these spots are unimportant to people. Often on the edge of urban areas, they are accessible to more people than rural nature reserves – especially to those who, by an accident of birth, background or geography, do not have access to “real” countryside.

These places also matter for another, even more urgent reason. Since the second world war, a continuous drive towards more intensive farming has turned much of our countryside into a wildlife-free zone.

That’s where the sites featured in this book come in. They provide a much-needed refuge for otherwise scarce species. Without them, some of our most vulnerable wild creatures would already have disappeared.

I don’t need to tell you that Britain’s wildlife is under threat. Loss of habitat, pollution, persecution and, above all, the global climate emergency, mean that even our once common and widespread species are now struggling.

So, at the start of this make-or-break century, as our wildlife enters one of the most challenging periods in its history, I have travelled round the country to visit these unheralded sanctuaries. Without them, nature in modern Britain might not be able to survive at all.

My taxi driver looked puzzled. ‘No, fella – there’s nothing down there except an industrial estate. I’ve never even heard of the “Window on Wildlife”!’ Fortunately, Google Maps came to our aid, and we headed through the rush-hour traffic towards Belfast docks.

Twenty minutes later, we arrived outside “WoW” – the RSPB’s Window on Wildlife. The first thing that struck me was the strident calls of black-headed gulls, floating en masse over the lagoon before drifting down to land on artificial nesting rafts. They were accompanied by more delicate, wraith-like birds – common and Arctic terns – and dozens of black-tailed godwits, feeding voraciously.

During the 1960s, when the port was being regularly dredged to permit the passage of large ships, the mud was dumped into three large pools. The plan was that eventually the mud would settle, and the land could then be reclaimed for building. But nature had other ideas. The fertile combination of water and mud created the ideal habitat for waterbirds such as ducks and waders, and they came here to feed in their thousands.

Gradually, it became clear that the area was a real hotspot for birds: not just migrants and winter visitors, but breeding species too. Local people began lobbying to save this precious place from development. After long negotiations with the port authorities, the middle of the three lagoons was set aside for wildlife.

Back at the visitor centre I had a chat with two regular volunteers, Ken and Phyllis. Ken reflected on the irony that somewhere that looks so natural is entirely created by humans, while Phyllis had noticed that, as the nearby industrial estate and business park grows, more and more workers are dropping in, lured by the sign outside.

Belfast WoW is, to be honest, a bit out of the way to attract casual passers-by, as my taxi driver confirmed. But that’s all the more reason why places like this need championing. Phyllis told me she loves the reaction from visitors when they enter the observation area for the first time. ‘They just say, “Wow!”’

The southern migrant hawker is one of the most attractive of all our two dozen dragonfly species, and not only because it is so rare. The male is a dazzling cerulean shade, each azure segment interspersed with jet black. Close up, through my zoom lens, I could see the pale blue eyes and the lattice-like wings, laced with tiny shards of gold.

This was just one of the amazing insects I saw on a recent visit to Canvey Wick, Britain’s first “brownfield” nature reserve. It is also home to a plethora of birds such as the whitethroat and stonechat as well as reptiles including adders and common lizards. In the early 1970s, this site was earmarked for an oil refinery, but the oil crisis led to the cancellation of the entire project. Afterwards, it was simply allowed to return to the wild.

Had someone wanted to design a nature reserve for insects, they could hardly have done better – yet Canvey Wick is perhaps the most genuinely accidental habitat in this book. The poor, sandy soils only allow vegetation to grow slowly, so the wildflowers and grasses are not swamped as they might be elsewhere. And the large, circular stands of asphalt where the oil tanks would have stood built retain heat, creating a microclimate ideal for continental, warmth-loving species such as the shrill carder bee. Then there is the location: Canvey Island is one of the sunniest, warmest and driest places in the whole of the UK.

Canvey Wick has been described as “England’s rainforest”, but as the Guardian’s wildlife writer Patrick Barkham pointed out, “England’s savannah” is a better description, given the absence of large trees. Like so many other wildlife-rich sites I have visited, it is a mosaic of mini-habitats: birch and willow scrub, brambles, dry and damp reedbeds, long grass and earth banks, which between them create exactly the right mix of ecological niches.

Canvey Wick may not look special, but for invertebrate life it rivals well-known nature reserves such as Minsmere, Wicken Fen and Dungeness. As ecologist Dr Sarah Henshall notes, its unusual history gives it a special place in our natural heritage: “Canvey Wick is wild, it’s different, it’s rough around the edges. Wildlife thrives in the untidy messiness – that’s what makes the site unique.”

I am reminded of my childhood, when I played for hours in places like this. Canvey Wick is the clearest possible evidence why the label “brownfield site” is so unhelpful – indeed positively detrimental. To those who care about Britain’s wildlife, it’s these messy corners that need to be prioritised, not the green swathes of agri-desert that make up so much of our lowland countryside.

Gravel pits and reservoirs around London

In May 1974, I cycled from my home to the village of Datchet, where the Queen Mother Reservoir was being built. I walked slowly through the heat-haze towards a distant strip of water, where a slim bird took off a few yards in front of me, giving a persistent, high-pitched whistle I now know was a sign of alarm.

I lifted my binoculars to see a small, long-winged wader circling low over the gravel. When it landed, I could see the plain, brownish back, black mask and, most importantly, a thin, lemon-yellow eye-ring: my first ever little ringed plover.

This was a classic example of a species adapting to an “analogue habitat”. On the continent, little ringed plovers nest on the shingle banks of rivers, swept clean of vegetation by winter floods. The bare shingle allows them to disguise their eggs, especially from aerial predators such as kestrels. Gravel pits and reservoirs provided an ideal substitute for riverbanks, and during the post-war years they allowed the little ringed plover to gain a foothold this side of the Channel.

About this time, I came across Adventure Lit Their Star, by Kenneth Allsop. The name will be familiar to readers of a certain age, for Allsop was a familiar face on TV during the 1960s. This was a Boys’ Own adventure story, in which an airman recovering from tuberculosis joins forces with two young lads to foil attempts by an egg-collector to steal a precious clutch of little ringed plovers’ eggs. The message is that birds need to be protected and welcomed and, more importantly, that nature can offer a form of therapy. This was something Allsop, who had lost a leg in the war and suffered periodic bouts of depression, understood only too well.

Little ringed plovers went against expectations to breed in what Allsop described as “the messy limbo that is neither town nor country”. As a definition of the Accidental Countryside, this could hardly be bettered.

It took me five minutes to walk round. At the edge of the peat diggings a few miles from Glastonbury I saw 10 birds, of just four species. And yet, apart from the five loitering mallards, the others confirmed these changing times.

The first bird was a little egret. I am old enough to remember when one of these impossibly white birds made any birding trip a red-letter day. Even now, I still feel a jolt of pleasure whenever I see this little heron, which when I was growing up was still confined to the area around the Mediterranean.

Moments later I saw a buzzard, another bird that wouldn’t have been here 20 years ago. Whereas the little egret extended its range northwards thanks to climate change and habitat restoration, the buzzard benefitted from an end to persecution by gamekeepers, enabling it to recolonise its former haunts.

The next bird was one of my favourites: the green sandpiper. I half expected to see it here on this warm, early-August evening, as they drop in to feed on their journey south to Africa. For me, they are the first sign of autumn, despite appearing at the height of summer.

The final pair of birds would once have been a very rare sight here. But there are now several dozen great white egrets on the Somerset Levels, and recently they have begun to visit my local patch.

Birds like the great white, little and cattle egrets (another recent colonist), give the lie to the idea that all our wildlife is in decline. It’s not, but it wouldn’t take much to destroy these temporary, liminal habitats on which so many wild creatures depend.

Before I left, I heard the piping call of that lone green sandpiper, and watched it rise into the sky. As it disappeared, I wished it good luck. It would need it, for just as places like this are being destroyed, so its stop-over points are also under threat, from wetlands being drained, or drying up because of climate change.

One day, I fear, I will watch one disappear over the horizon, and that will be the last time I ever see a green sandpiper; not just here, but anywhere. Birds are resilient creatures, for sure, but are they resilient enough?

The Accidental Countryside: Hidden Havens for Britain’s Wildlife, by Stephen Moss, is published by Guardian Faber (£16.99). To buy for £11.99 go to bookshop.theguardian.com