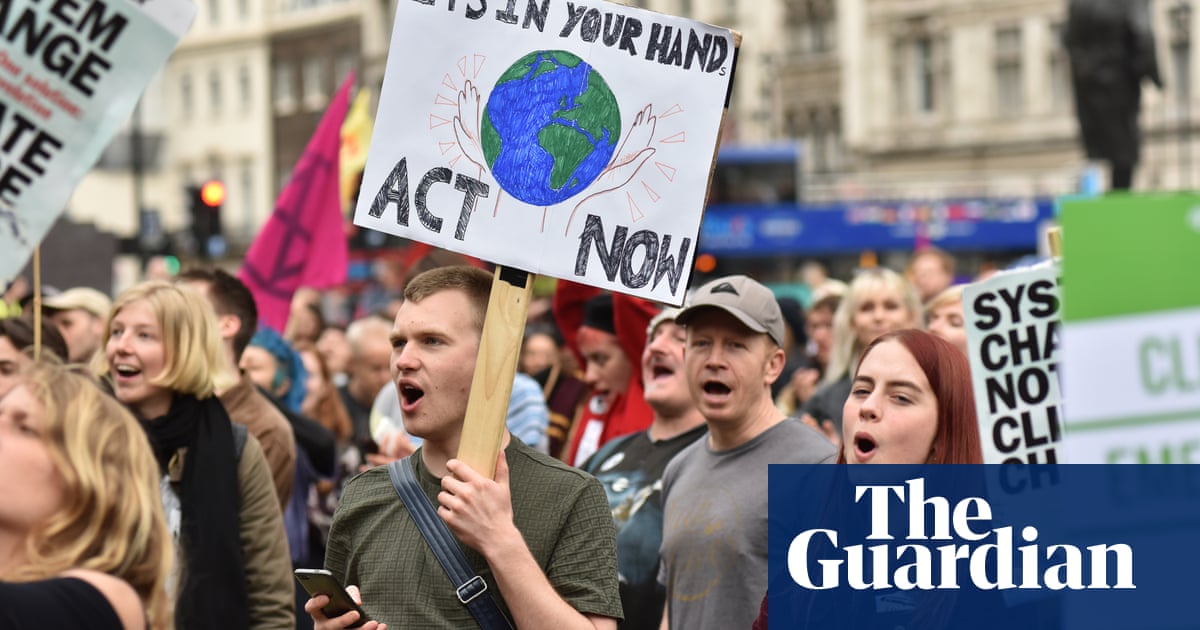 The British government has commissioned Sir Partha Dasgupta, a professor at Cambridge University, to write a report on the economic case for biodiversity as policymakers across the planet are urged to step up efforts to reverse the alarming decline of the natural world.

Senior United Nations officials praised the announcement, which was made at the G7 environment ministers’ meeting at the weekend, and expressed hope it will lead to a biodiversity study that is as influential as the Stern review on the economics of climate change.

Environmental groups, however, say the UK needs actions rather than more studies to address a crisis in nature that is now posing a threat to the life-support systems on which humanity depends.

The scale of the threat was revealed on Monday with the release of the most thorough state-of-the-planet study ever undertaken. The UN’s Global Assessment Report revealed that a million species are at risk of extinction, natural ecosystems have lost about half their area and only 3% of the world’s oceans are free from human pressure. Along with climate change, the authors warn this is pushing the world into a more hostile state.

A summary of the new report, along with earlier studies on global warming, was part of a 40-minute presentation to ministers at the G7 meeting in Metz. The scientists involved said there was recognition in the room that previous policies have failed and that “transformative change” was necessary.

Cristiana Pașca-Palmer, the head of the UN’s top biodiversity organisation, told the Guardian the response showed the nature crisis is higher than ever before on the political agenda. She hoped governments will now commit to ambitious measures ahead of next year’s UN biodiversity summit in Beijing, which will set global targets for the following decades.

The study by Dasgupta – which was announced by Claire Perry, the UK’s minister for energy and clean growth – is due to be published before that key gathering. It will calculate the benefits provided by vibrant ecosystems, such as forests and oceans that absorb carbon, mangrove swamps that buffer coastlines against storms, and insects colonies that pollinate crops. It will also reveal the costs of neglect.

“It will be like the Stern report. That was a very powerful tool in the argument for action against climate change,” said Pașca-Palmer, referring to the 2006 study by British economist Nicholas Stern that was commissioned by the UK government and argued that global warming was the great market failure in human history.

Dasgupta’s challenge is arguably more complex, as it will cover all life on Earth, much of which has intrinsic value, spiritual importance and aesthetic beauty that is not possible to quantify in pounds and pence. But he is highly regarded and has experience not just as a professor of economics, but also philosophy, as well as being a former director of an ethics program at Stanford University and an expert in game theory. He helped to establish the journal Environment and Development Economics and is a cofounder of the Centre for the Study of Existential Risk at Cambridge.

“The report is a superb idea and there is no one better to lead such a project,” said Robert Watson, the chair of the UN Intergovernmental Science-Policy Platform on Biodiversity and Ecosystem Services.

Conservation groups said the UK government needed to take a lead on strengthening biodiversity at home, as well as commissioning reports about what the world should do.

Friends of the Earth issued a list of threatened UK species, including the skylark, (down 40% in 50 years), the small blue butterfly (down 38%), bees and hoverflies (one third of which are in decline), the red squirrel (down 66% in 20 years) and hedgehogs (down 50% in the countryside). The primary cause is intensive farming, which destroys habitats and poisons insects.

“This is a crisis and should be treated as such. For too long, the UK government has failed to reverse nature decline not just within its own borders but also internationally,” said FoE’s nature campaigner, Sandra Bell. “We need commitment from ministers for a huge nature boost – it’s not enough to simply maintain what little we have left. Having more space for nature across our countryside and in our towns and cities, including significantly increased tree cover, will not only boost biodiversity but will also be a big part of the fight against climate chaos.”

They and other groups also called on the government to integrate biodiversity risk into trade and overseas development policy, particularly with regard to imports of crops that are often farmed on areas that are illegally cleared in countries like Brazil and Indonesia.

“The world’s leading scientists have once again hit the emergency button over the state of our planet,” said Greenpeace UK’s executive director John Sauven. “We must stop destroying crucial habitats like the rainforests in order to grow more soya and palm oil … the UK government urgently needs to play its part by restoring our peatlands, planting millions of trees, providing ocean sanctuaries around our coast and supporting a shift from meat and dairy to healthy, plant-based meals.”