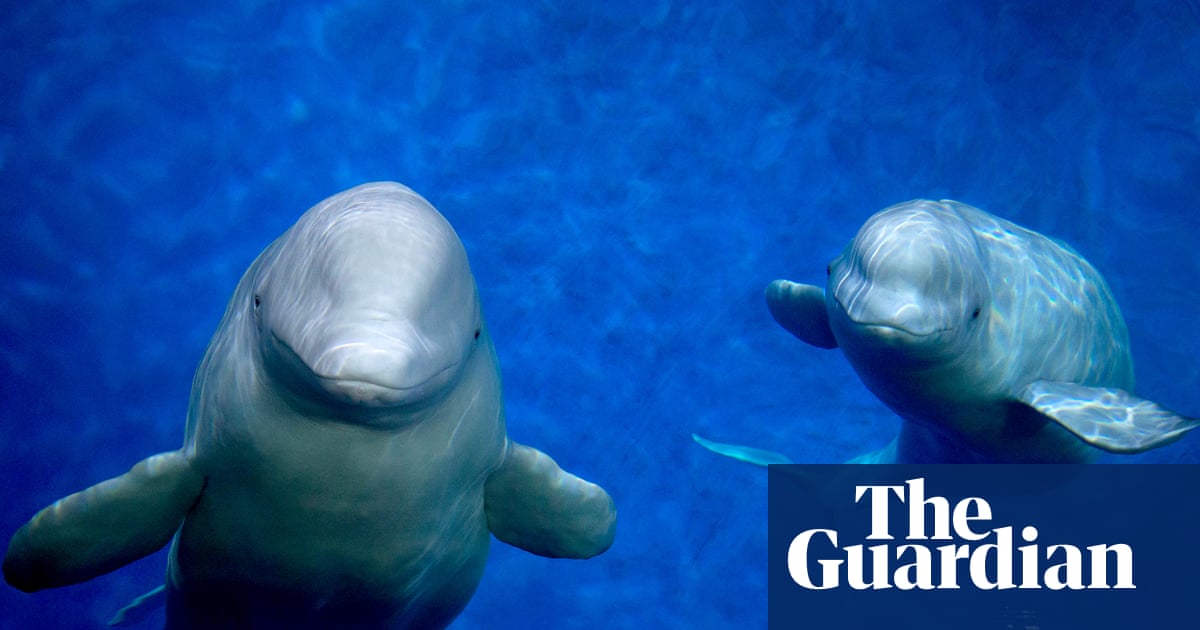 Two beluga whales from a Shanghai aquarium have arrived in Iceland to live out their days in a unique marine sanctuary that conservationists hope will become a model for rehoming 3,000 of the creatures currently in captivity.

Little Grey and Little White, two 12-year-old female belugas, left behind their previous lives entertaining visitors at the Changfeng Ocean World and were flown across the globe in specially tailored containers.

The whales, which each weigh about 900kg and are four metres long, will continue their epic journey by truck and ferry to the sanctuary at Klettsvik Bay at Heimaey, one of the Westman Islands off the south coast of Iceland.

The conservation charity Sea Life Trust, which has been at the forefront of the project, said the bay is the world’s first open water beluga sanctuary and had been selected to “provide a more natural sub-Arctic environment and wilder habitat for these amazing whales to call home”.

Andy Bool, head of Sea Life Trust, said: “We have been working with Little White and Little Grey for the last 18 months to make sure that they will be prepared and ready for the long journey.”

After years in captivity, the whales will still be cared for in their new netted-off Icelandic sea pen, which covers 32,000 square metres and is 10 metres deep, because it is thought they would not survive on their own in the wild.

And they will still see tourists, with a visitor centre built at the site and plans for small groups to be able to approach the whales by boat.

British-based Merlin Entertainments, which operates several aquariums, took over Changfeng Ocean World in 2012 and started looking for a new home for Little Grey and Little White.

The whales are originally from Russian Arctic waters and it is thought they were two or three years old when captured.

Klettsvik is where Keiko, the killer whale in the 1993 film Free Willy, was flown to in 1998. The orca was fully released in 2002 but did not fully adapt to life in the wild and died 18 months later in a Norwegian fjord.

Campaigners have criticised Merlin for continuing the beluga whale shows ahead of the transfer and pointed to the irony of choosing Iceland as a destination since it openly defies an international ban on hunting whales.

The Shanghai whales have been trained to hold their breath for longer, become physically stronger to cope with tides and currents, and are putting on blubber to help them cope with the colder water temperatures. Belugas typically live for 40 to 60 years.

More than 3,000 whales and dolphins are kept in captivity and it is hoped that up to eight other belugas could join Little Grey and Little White in the future.

“We will be looking to potentially bringing other belugas to the sanctuary in time once Little White and Little Grey settle in,” said Cathy Williamson of the Whale & Dolphin Conservation charity.

She added that conservationists were “hoping that our sanctuary project will provide a blueprint for the development of sanctuaries in other parts of the world”.