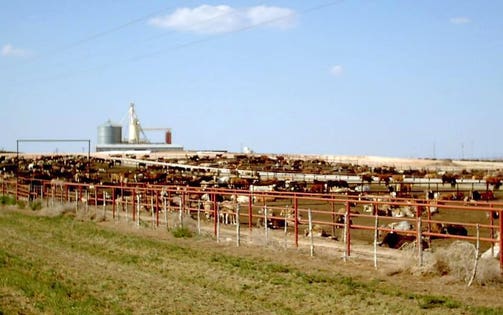 Last week, the New York chapter of the Turnaround Management Association invited me and four other industry professionals to participate in a panel discussion exploring climate change investing opportunities.

I came away from the discussion energized and with my eyes opened to several promising areas for potential investment. I also learned some interesting things about the legal and regulatory environment and got insight into how a bond expert views the risks of climate change.

The United States, with its concentrated feed lots and dairy farms, has veritable mountains of this “brown gold.” Ranchers and farmers are at a loss for what to do with it, since it is considered a hazardous waste by the EPA and its handling is regulated by law.

Modern factory farming operates on the Industrial Revolution paradigm that favors specialization and the exploitation of economies of scale. The scale of the concentrated operations creates so much waste that it overwhelms the ability for farmers to reuse it.

Beef Cattle on a feedlot in the Texas panhandle. Source: Wikipedia

Renewable natural gas is produced by running the manure produced by these operations through something known as an anaerobic digester, which, through a series of chemical reactions, produces methane, the primary component in natural gas.

Once processed, this methane can be added directly to natural gas pipelines and moved to supply fuel to power plants or corporate customers. One notable corporate win is the U.S. operations of French personal products company, L’Oréal, which announced it is on track to achieve carbon-neutral operations by 2019, thanks to power from renewable natural gas.

Obviously, this technology represents a potential win for buyers of natural gas, but it is also a win for farmers – who can generate revenues from something that used to generate only costs. It is also a win for society at large due to reductions in greenhouse gas (GHG) emissions – RNG’s emissions are estimated to be 70% lower than fossil fuels.

Considering that the Trump Administration’s stated policy on climate science can only be described as retrograde anti-science, it may come as a surprise to you that recent legislation has provided a big boost to ventures involved in carbon capture.

A provision of the 2018 Budget Act known allowed for increased tax credits associated with businesses operating carbon capture and sequestration (CCS) technologies. This tax credit, known in the industry by the section of the budget in which it is found – 45Q – has been around since 2008, but the 2018 Budget Act provides several notable improvements. (Here is an excellent explanation of 45Q and its effects.)

First, the present tax credit granted for each ton of sequestered carbon was increased and a schedule of further increases over time was put into place. By 2026, the tax credit for each ton of carbon sequestered in saline formations will be $50 / ton. This is a bit shy of what even a very conservative William Nordhaus estimates as the cost of carbon; even still, the increase is a big improvement and will spur investment in the CCS world.

In fact, investment certainty is a second benefit of the 45Q provisions, as the regulation makes the conditions for receiving the tax credit clearer and more straight-forward. This clarity, in turn, allows bankers to raise money for CCS projects without worrying that the project will end up being denied the credit.

I have not yet spoken with one of the strategic investors in the funding round into Carbon Engineering about which I wrote in a recent article, but I believe that the 45Q law had a great deal to do with the firm being able to raise the amount of money that it did.

The moral of the story is that it is best to count one’s blessings as they come. Even though climate science is under attack during this presidential administration, some good things are happening too.

One of the panelists is a fixed income expert who was involved in the process to oversee Puerto Rican debt obligations set forth in PROMESA.

He brought up a topic about which I had not even thought when I wrote my recent article Climate Change Will Eat Your Bond Portfolio – namely, that emerging market debt also stands to be negatively affected by climate change.

My article focused on domestic municipal and corporate debt, but I had not even considered the effect of climate disasters on emerging market sovereign paper. Of course, a lot of high-yield emerging market debt is issued by countries that stand to suffer increasingly negative effects as climate change makes its inexorable move toward a hotter planet.

We have seen in the Tequila Crisis and in the Asian Financial Crisis that emerging market debt problems have a way of transmitting themselves to the developed world through a process of contagion. In my mind, the possibility of this dynamic being exacerbated by climate effects is very real, indeed, and should be something bond investors are considering.

You and I, gentle reader, have the simultaneous fortune and misfortune of circumstance that allows us to live during a civilization-level paradigm shift.

This shift will present enormous opportunities – opportunities not available for hundreds of years – but will bring with it enormous risks as well. Now is not the time to invest in the status quo. Intelligent Investors take note!