KIBWEZI, Kenya, March 25 (Thomson Reuters Foundation) — Worried that a drought could wipe out his crops back in 2000, farmer Jonathan Kituku Mung’ala remembered meeting agricultural customers, in his previous job with Kenya’s power company, who were making good money growing a hardy, native tree.

Called mukau by locals, the Melia volkensii tree is known for thriving in drylands, and provides thick shade that protects crops from the sun.

Farmers can also earn over 3 million Kenyan shillings ($29,806) per hectare by selling its timber, according to the Nairobi-based Kenya Forestry Research Institute (KEFRI).

As climate change worsens and farmers struggle to make a reliable income from food crops alone, some in arid Kenya are turning to agroforestry — the practice of growing trees in their fields.

They have discovered that mixing Melia volkensii in with their crops is one of the simplest, most effective ways of protecting their farms and livelihoods.

While their shade stops the sun scorching his crops, the dew that falls from the leaves at night also keeps his soil from going thirsty and the branches act as a buffer against wind storms, he said.

And whenever he needs to, he can bring in extra money by selling the wood.

Read More: Why These Australian Councils Are Now Forced to Dump Recycling in Landfills

“I never worry that my children will miss an education for lack of school fees. Nor am I bothered that when they fall ill, they will not get medical care,” he said.

“This tree makes money for me all year round.” 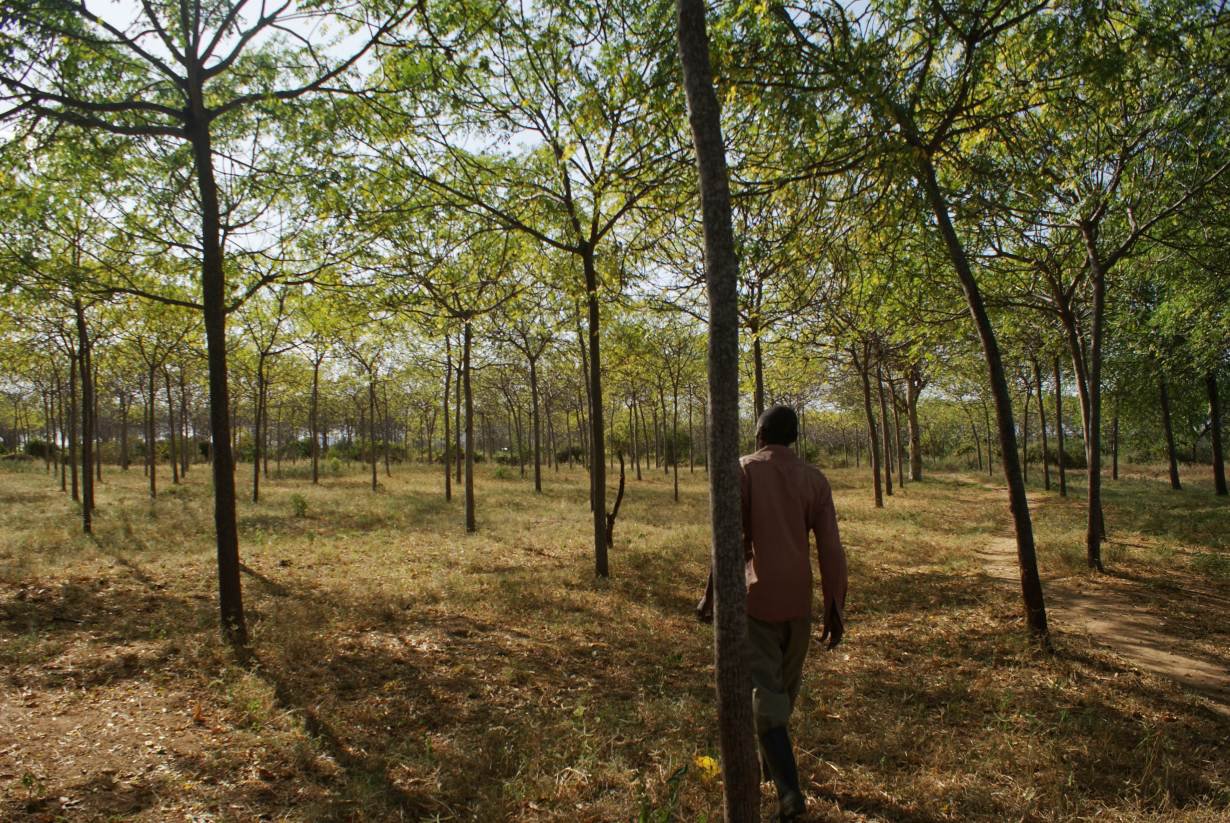 For communities feeling the pressure of prolonged drought, the Melia volkensii is “a game changer,” said Josephine Musyoki, a researcher at KEFRI.

Not only does it help keep crops growing through dry spells, the tree can also revive soil that has been damaged by extreme weather or deforestation, Musyoki said.

When its leaves fall and rot, they add essential nutrients back into the ground.

Lawrence Gitaari, a 43-year-old farmer from Marimanti in central Kenya, credits the tree with helping bring life back to the land in his village.

Just ten years ago, he said, most of the rangeland in the area had been cleared by villagers felling trees for charcoal.

That led to soil erosion, as the direct heat from the sun killed off many of the enriching organisms.

“The Melia volkensii is changing this because it takes (only) about three years of the tree dropping leaves on the farm floor for degraded soil to become fertile again,” said Gitaari, who has several of the trees on his farm. 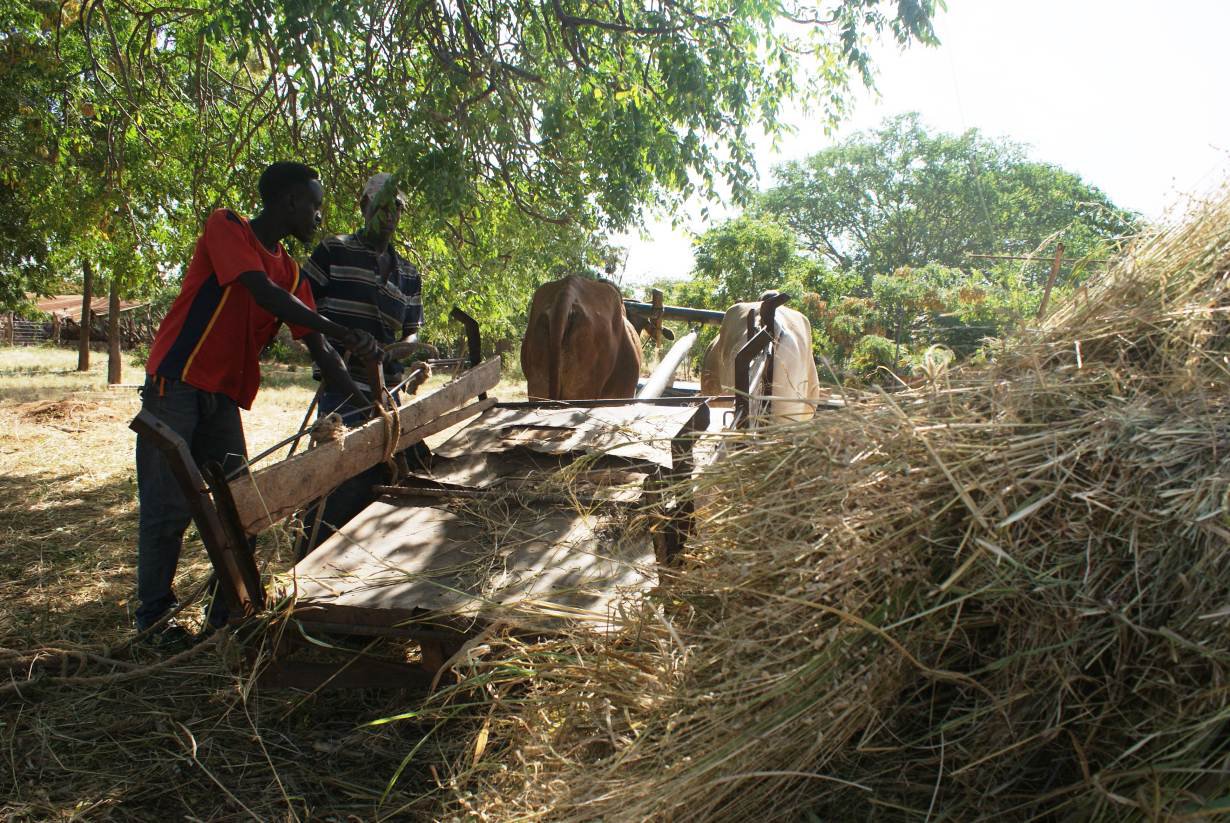 But farmers cannot simply plant the tree around their farms and expect to get rich, said Mung’ala, the farmer in Kibwezi.

While growing Melia volkensii is easy, only farmers who know how to properly care for it will see the full benefits, he said.

The tree needs a lot of pruning to ensure it grows properly and to keep the trunk straight, so it can be sold for timber.

Farmers also need to learn how to extract the seeds from their kernels carefully, as they are easily damaged, Mung’ala added.

Even when farmers know how to grow the tree successfully, they should be wary of relying too heavily on it to see their farms through the dry seasons, said Alice Akinyi Kaudia, co-chair of the Climate and Clean Air Coalition, a UN-led initiative to cut short-lived climate pollutants.

She recommended that Melia volkensii farmers eventually transition to using irrigation, especially in arid parts of Kenya where crop yields often take a big hit due to delayed or inadequate rains.

Farmers may be able to sell the tree’s timber when they are short of money, she noted, but they still need to grow crops to feed their families and sell to their communities.

“If everyone has money and there is no food, will people eat money?” she asked. 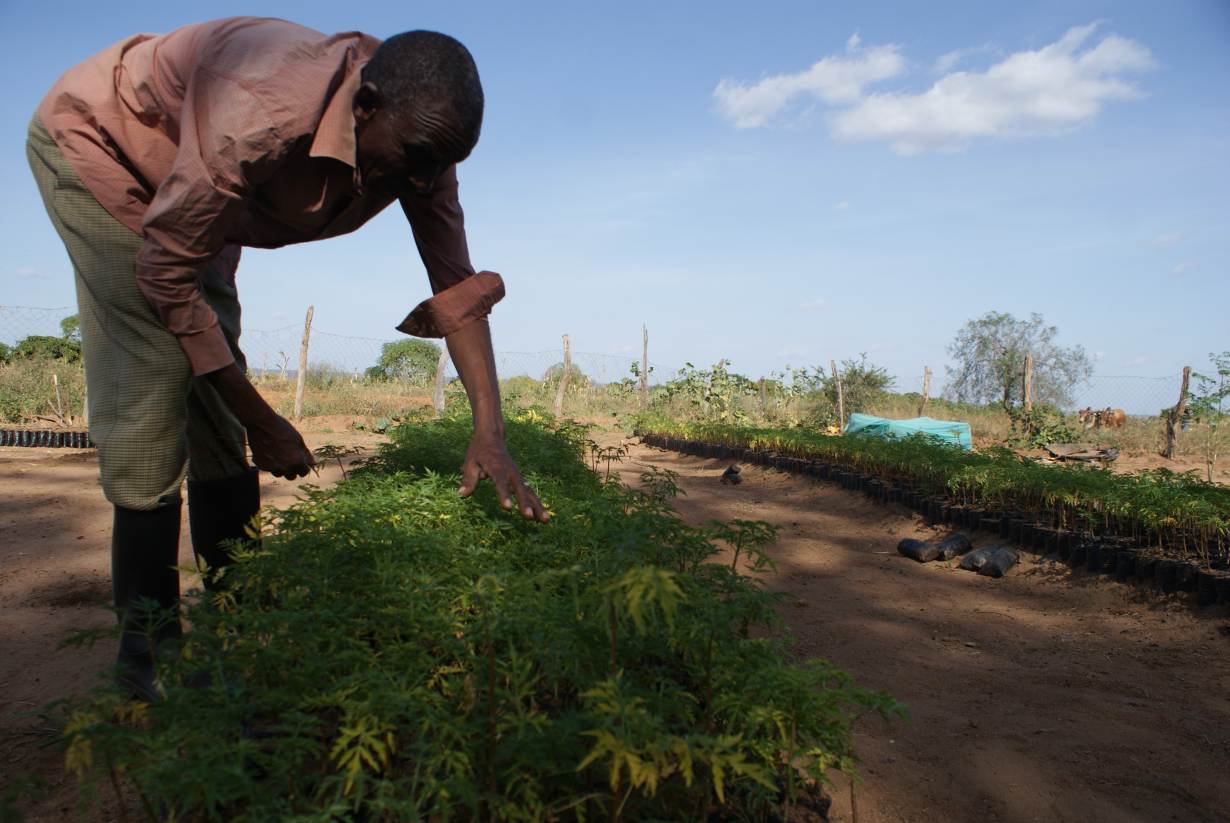 ‘The Tree Is Everything’

Since Mung’ala’s Melia volkensii trees matured, he has never needed to use irrigation because the canopy shade does such a good job of keeping his crops cool and conserving rainwater.

It can even become so dense sometimes that no crops will grow under it, he said. But he has a way to make money from those dark spots too: growing grass to sell as livestock fodder.

Mung’ala grows enough grass to yield 100 bales per season and sells them for 300 shillings each.

He also sells Melia volkensii seedlings to fellow farmers and some of his trees for lumber, charging 8,000 shillings per metre. Wood from other popular trees, like pine and cypress, fetches half that price, he said.

Mung’ala has built a reputation for his success with the tree and uses his experience to train other farmers from Kenya and Tanzania.

Through his training, he knows of about 60 farmers growing the tree in Kibwezi alone, he said, estimating the number along the coastal belt at as many as 4,000 farmers.