Nasro was just 7 years old when she arrived at Dadaab, a refugee camp in Kenya, from Somalia. Now, a decade later, she’s lived most of her life in the camp, where life has not been easy.

Nasro is one of millions displaced from Somalia by war, famine, and drought since the 1990s, according to the International Rescue Committee.

Set to five original poems by Warsan Shire, a Somali refugee herself, the film follows the young woman through daily life in the camp, shedding light on the challenges she and many other displaced people continue to face.

Read More: How HP Is Creating Educational Opportunities for Syrian Refugees in Jordan

But despite the many challenges Nasro has faced growing up in the camp, she has always been determined to get an education.

“Education is worth risking your life for…” a poem, read in the film by actress Tessa Thompson, says.

By sharing Nasro’s story, and others like it, with the world, Girl Rising hopes to challenge social attitudes toward girls.

“Our mission at Girl Rising is to change the way that people value girls,” says Martha Adams, chief creative officer at Girl Rising and co-director of Brave Girl Rising. “The genesis of this project is the belief that Girl Rising must speak up for the millions of girls around the world who are undervalued and face gender discrimination in all its forms.”

More than 68 million people are displaced globally, driven from their homes by extreme poverty, hunger, violence, and persecution. Over half of them are women and children, who are particularly vulnerable to further violence and trauma.

“We want to get people talking about the reality for refugee girls all over the globe, the barriers they face in securing basic human rights and the truly transformative power of education for girls living as refugees,” says Christina Lowery, CEO of Girl Rising. 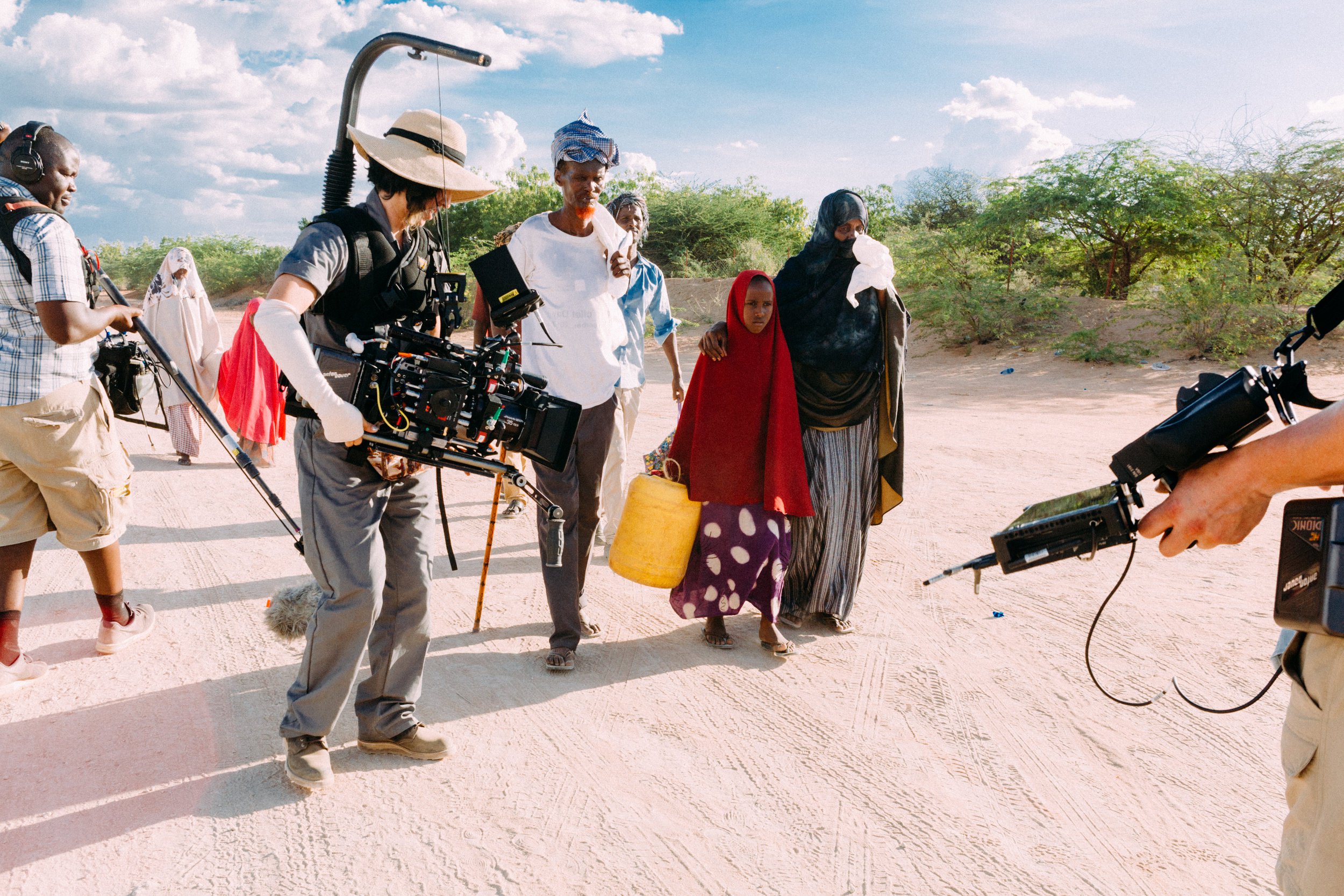 “We believe films like ours can turn bystanders into activists and we have seen first-hand the results of people who become engaged in the issue and are inspired to act,” she adds.

Read More: How HP and the Clooney Foundation Are Working to Get Syrian Refugees in School

HP believes that education is key to ending poverty and empowering girls and women everywhere. And technology can be a powerful tool in that process.

“Our vision is to create technology that makes life better for everyone, everywhere,” says Michele Malejki, HP’s global head of strategic programs. “This partnership [with Girl Rising] is really important because the power of storytelling lets us actually sit down and use technology to strategically change mindsets.”

The moving film, which is written and performed by refugees, premiered on March 8 — International Women’s Day — and is the first of a 10-part series of stories that show the life-changing impact of girls’ education.

And Nasro’s incredible story is a powerful one to start with.

“It’s our responsibility to be witness to those who are suffering, even if we can’t do anything about it. To not turn the other way, and not to ignore it or to build up apathy,” Shire says. “I hope people are able to see that the human spirit is not so easy to break, and that Nasro is a beautiful example of that.”