Why Global Citizens Should Care
Coral reefs are declining all around the world, threatening thousands of marine species. The United Nations’ Global Goals call on countries to shield marine environments from pollution and other hazards. You can join us on taking action on this issue here.

Sean Yoro grew up surfing on Oahu, Hawaii, and he would sometimes dive under the waves to peek at coral reefs and look at the teeming clusters of colorful organisms found there.

When he returned as an adult, after studying as an artist in New York, the same reefs appeared haggard, drained of life.

“I had heard about all the devastating changes going on with the reefs, especially the coral bleaching, and it turned out that the majority of coral on Oahu was dying permanently,” Yoro told Global Citizen.

“It didn’t even resemble what I had seen growing up,” he said. “That was the start of the project, and this journey into this whole new world.” 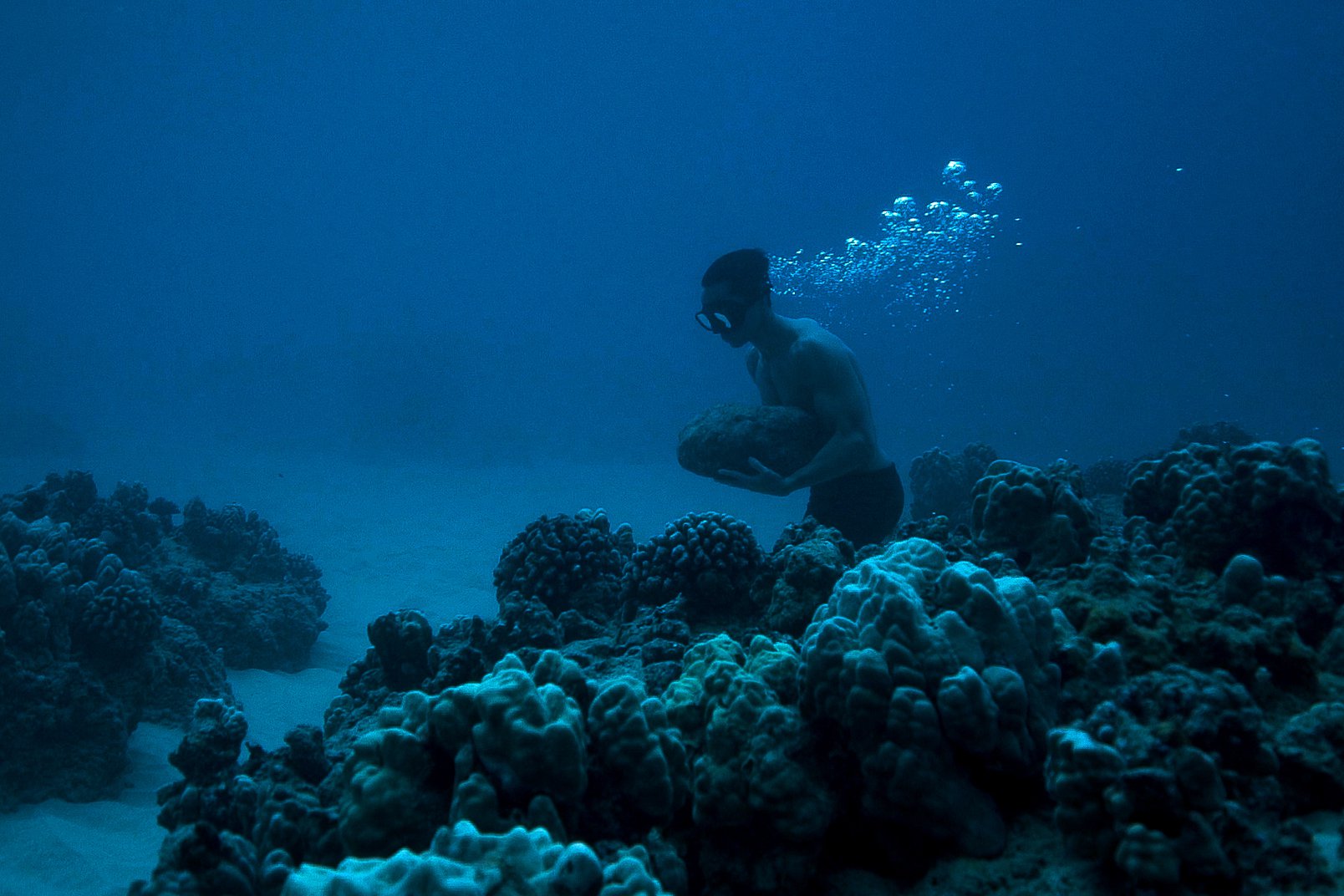 The project Yoro soon embarked on is called “Deep Seads,” and it seeks to reconceptualize art’s relationship to nature and the power of art as activism.

Deep Seads consists of three underwater murals painted on artificial reefs made out of concrete and metal, painted with materials that are safe for marine life to be around.

The first mural, Lumens, shows a person with their eyes closed and hand raised, as a jellyfish floats by. The second mural, Breath, shows a figure holding their breath underwater. And the third, Buried, shows a person’s eye peering out, as the rest of their body is concealed by sand.

Yoro managed to paint the murals while free-diving — without any equipment, relying just on the power of his lungs — a feat that tested the limits of human endurance. 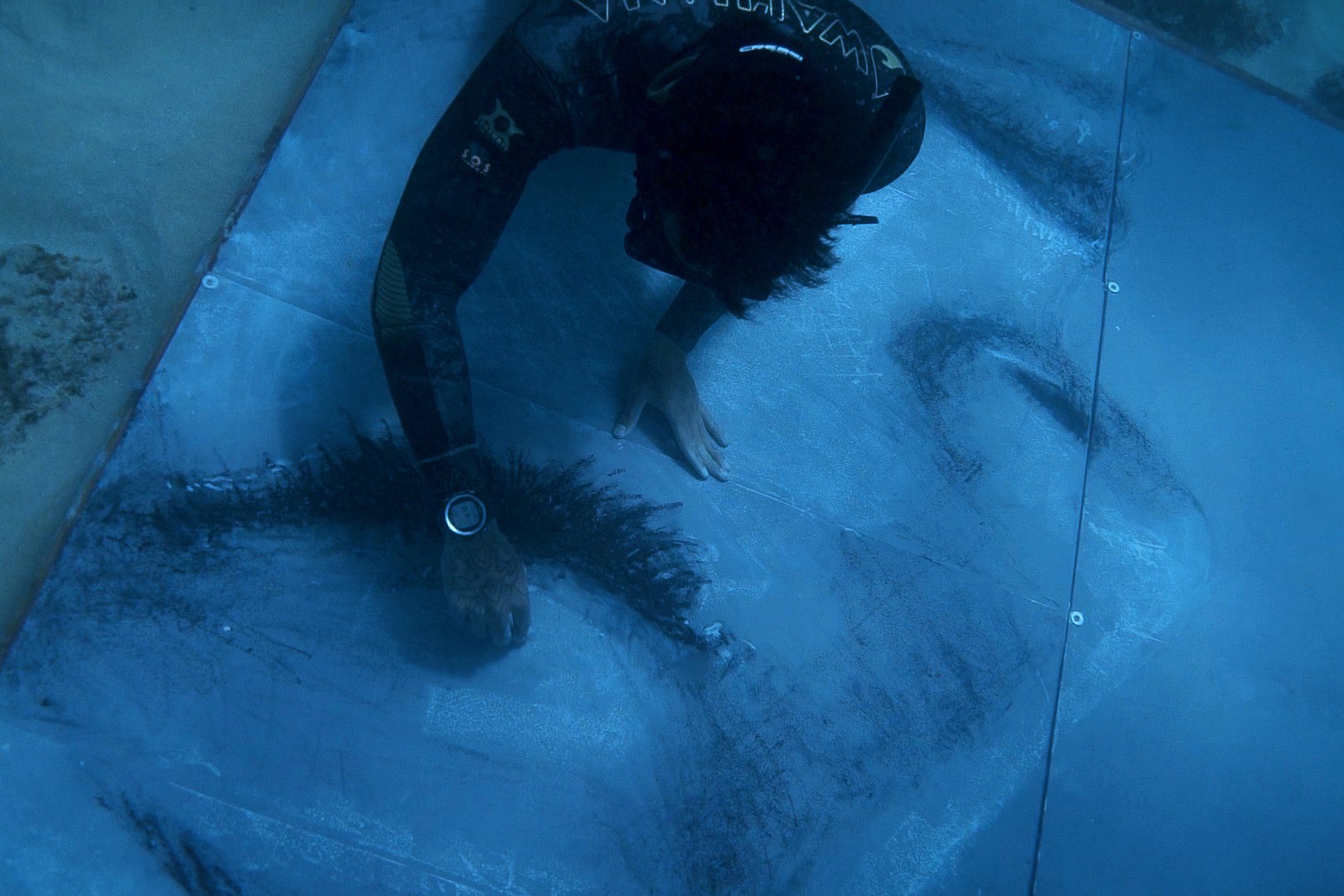 It took him more than 15 months to complete the murals because of the amount of time it took to train his lungs to go without oxygen, and an injury to his eardrum that kept him out of the water for two months.

Read More: Underwater Sculptor’s Coral Bleaching Exhibit Is One Everyone Needs to See

During the painting process, he spent 10 hours a day in the water. He would dive down to the murals, paint for two minutes at a time, and then resurface to catch his breath.

“Everything had to be really calculated. The efficiency was my top priority. It was a whole different type of paining,” Yoro said.

“I didn’t realize how not just physically but mentally demanding free-diving was,” he added. “Strengthening your mind, holding your breath, and having to keep your heartbeat down was a whole different beast for me.”

The murals represent impermanence, change, and harmony with nature, Yoro said. All three works of art disappeared within 14 days, consumed by algae that turned the artificial reefs into habitats for marine animals.

“I love the fact that these murals are not only homes for animals, but they give life back to the ocean,” he said. “It almost feels like when a tree falls over and so much more life grows from that tree. These sites can keep growing and expanding and marine life will just take over and nature will just run its course.”

Read More: These Stunning Photos Show the Roles of Coal and Ice in Climate Change 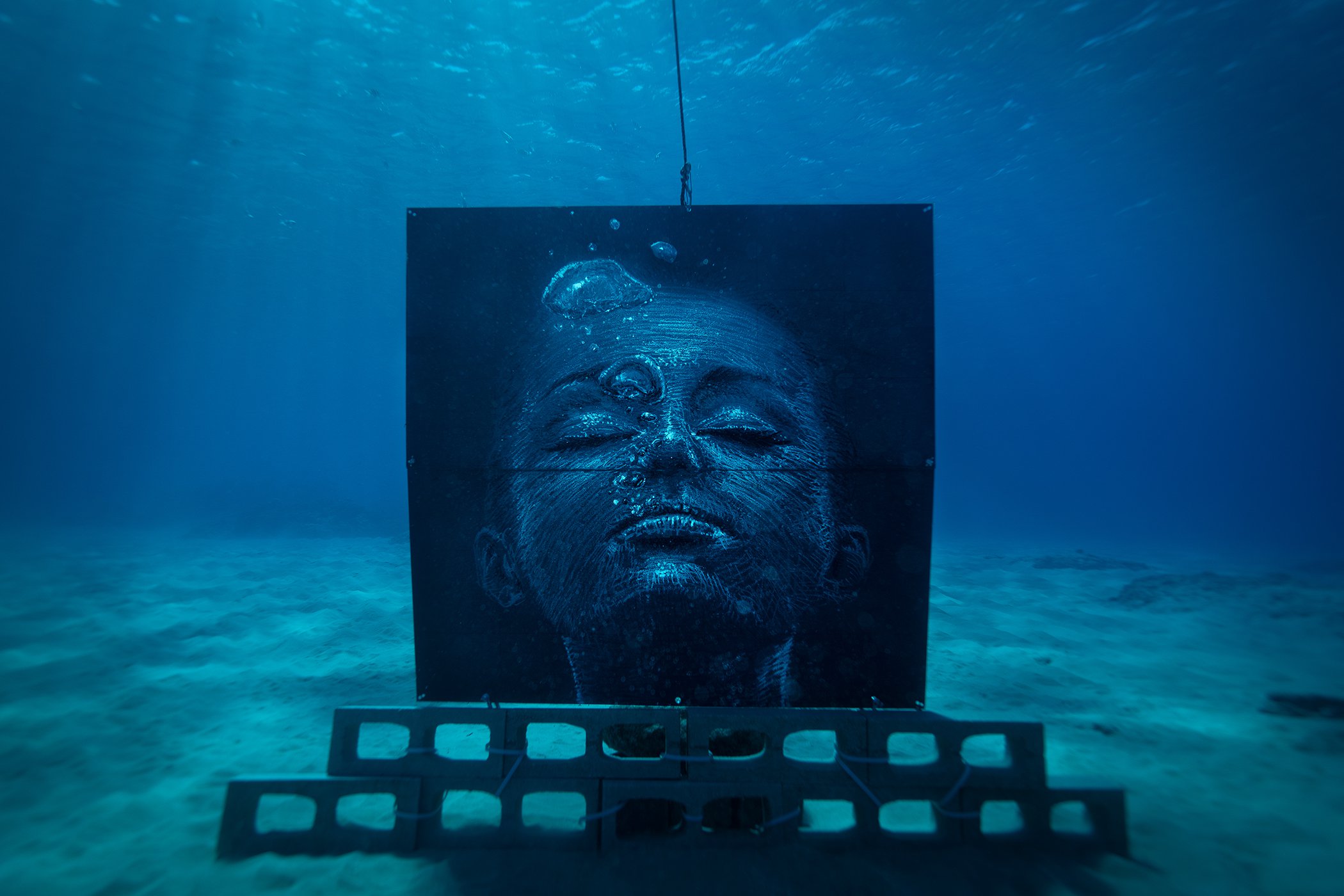 In particular, coral reefs are being harmed by rising global temperatures. The world’s oceans have absorbed more than 90% of the excess heat generated by greenhouse gas emissions in the atmosphere, making marine heat waves more common. During temperature spikes, coral reefs often undergo a process known as “coral bleaching,” which is when they turn bone white as the organisms that give them color and nutrients get expelled.

By 2050, nearly all coral reef could be wiped out by coral bleaching.

Through the murals, Yoro is hoping to show that solutions exist. He said that artificial reefs, coral farming, and laws that protect reefs, such as bans on harmful sunscreens, can go a long way toward protecting coral reefs and marine habitats.

Some scientists have used in-vitro fertilization to provide coral reefs with heat-resistant genes and environmentalists are urging countries to curb greenhouse gas emissions to prevent further harm to marine life.

Read More: 5 Coral Reefs That Are Dying Around the World

Yoro is part of an art group called Kapu Collective that creates impermanent art that fades on nature’s timeline.

For Yoro, taking care of nature is something he learned by growing up surrounded by it.

“My art is always rooted in kind of the exploration of nature,” Yoro said. “I’ve always grown up in the oceans, the mountains, and it really taught me to have this respect and be protective of nature as a whole.

“For my art, I always try to bring human emotion to landscapes,” he said. “It’s almost like it lets people connect and relate more to that environment, and maybe they’ll care more for it.” 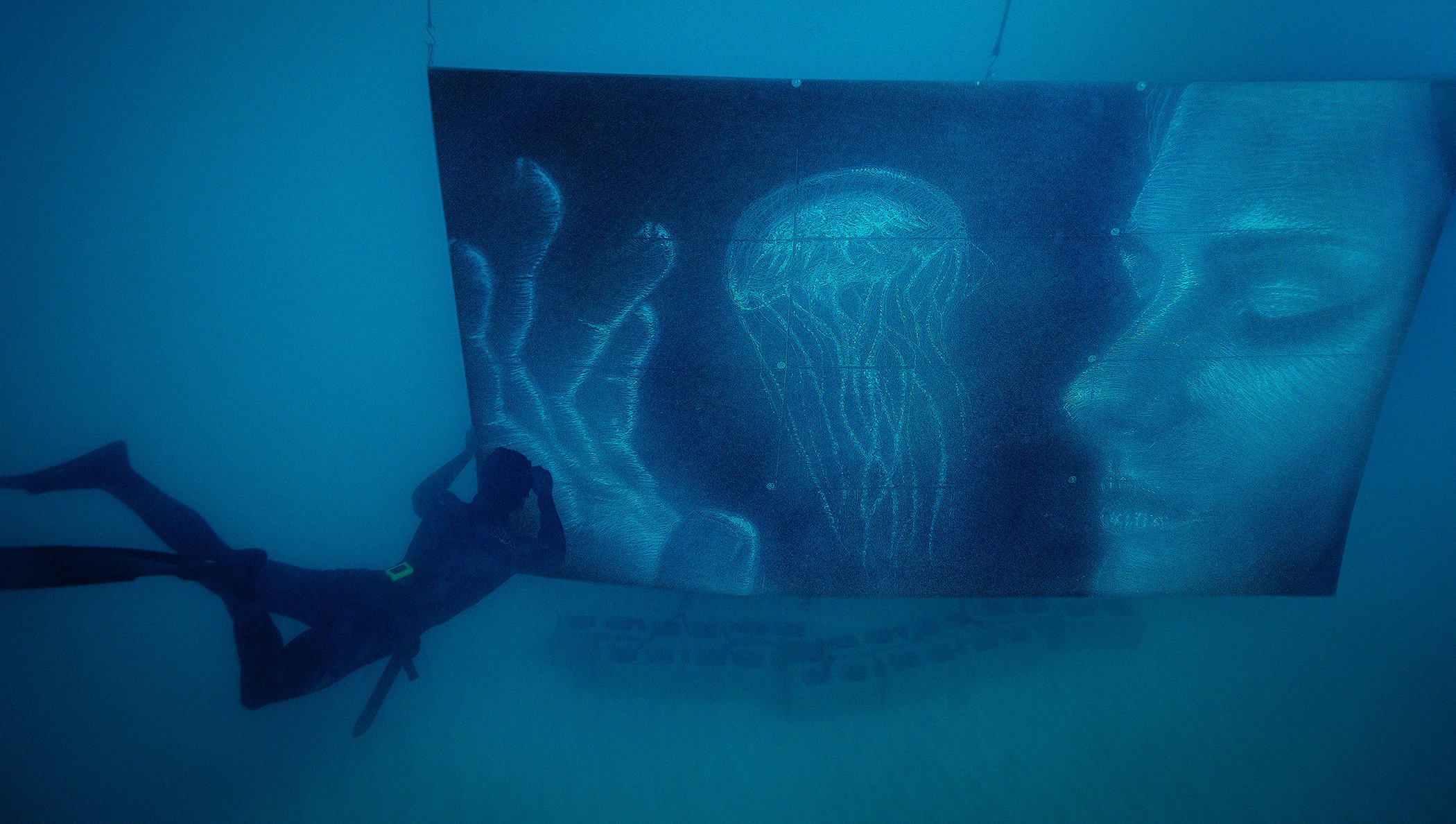