Why Global Citizens Should Care
Migrants are risking their lives to flee persecution, hunger, and poverty, and seek safety in Europe. A new eco-friendly art project aims to bring people together in the fight to end the migrant crisis. You can join us and take action on this issue here.

French artist Saype is hopeful that humanity will overcome challenges like the global migrant crisis together.

Saype unveiled a massive 1,970-foot biodegradable painting of interlocking arms at the base of the Eiffel Tower in Paris on Saturday, ahead of World Refugee Day –– when the United Nations calls on the world to stand in solidarity with refugees — which will take place on June 20. 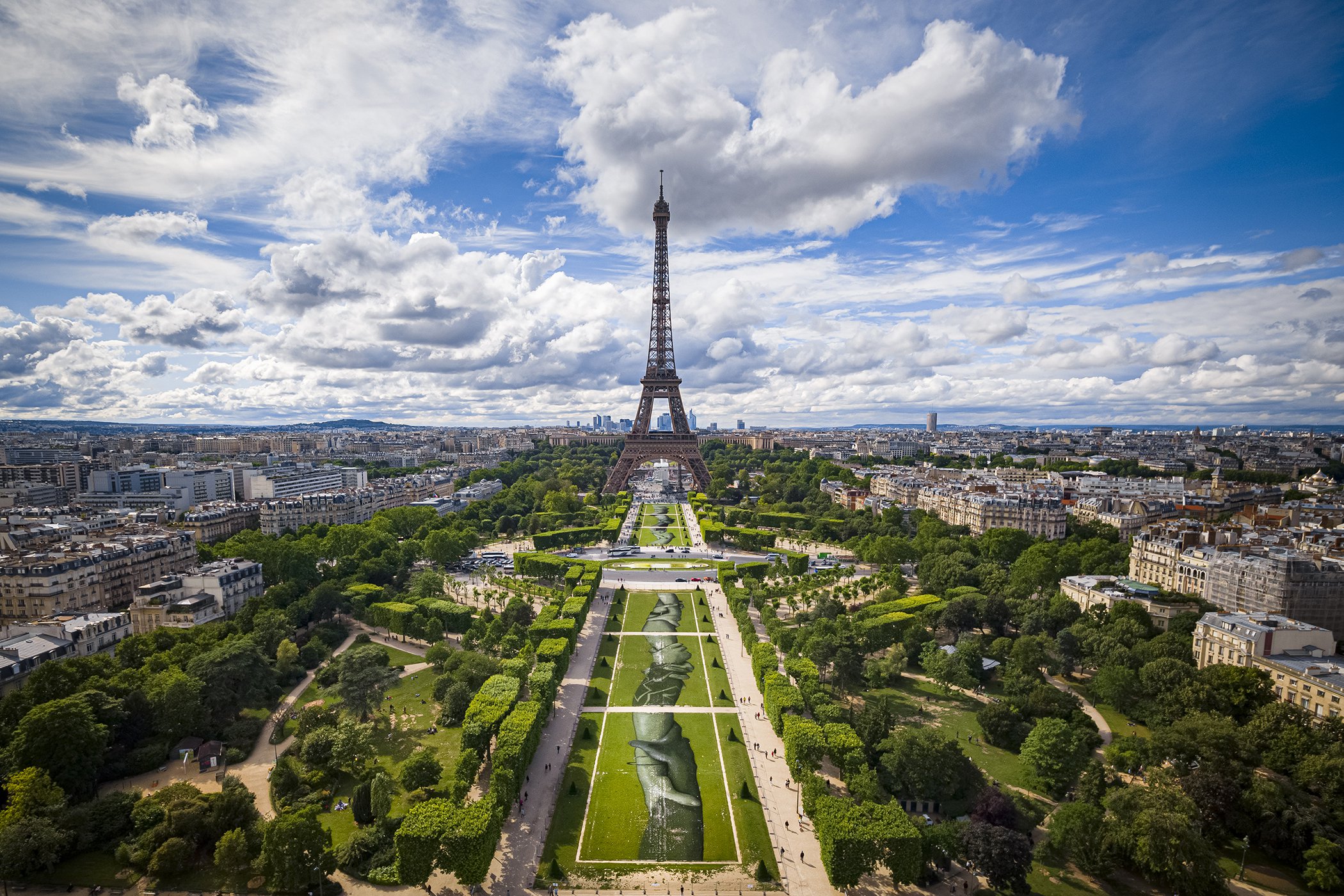 The land art painting by Saype has an overall area of 15,000 square meters. At 600 meters long and 25 meters wide, the painting is likely one of the largest of it’s kind.
Image: Valentin Flauraud/VLPIX.com

“The project aims to create the largest human chain in the world,” Saype, whose full name is Guillaume Saype Legros, told Global Citizen via email.

The fresco is a tribute to nonprofit SOS Méditerranée, which works to rescue migrants who are at risk of drowning in the Mediterranean Sea. Made of 100% biodegradable and natural products, the painting is the first piece in Saype’s new project called “Beyond Walls,” and will soon fade and disappear as the grass returns and pedestrians walk on it.

Saype’s interlocking arms are a symbol of the first human contact shipwrecked people experience after passing through Libya and being rescued, Francis Vallat president of SOS Méditerranée said in a statement released to Global Citizen. 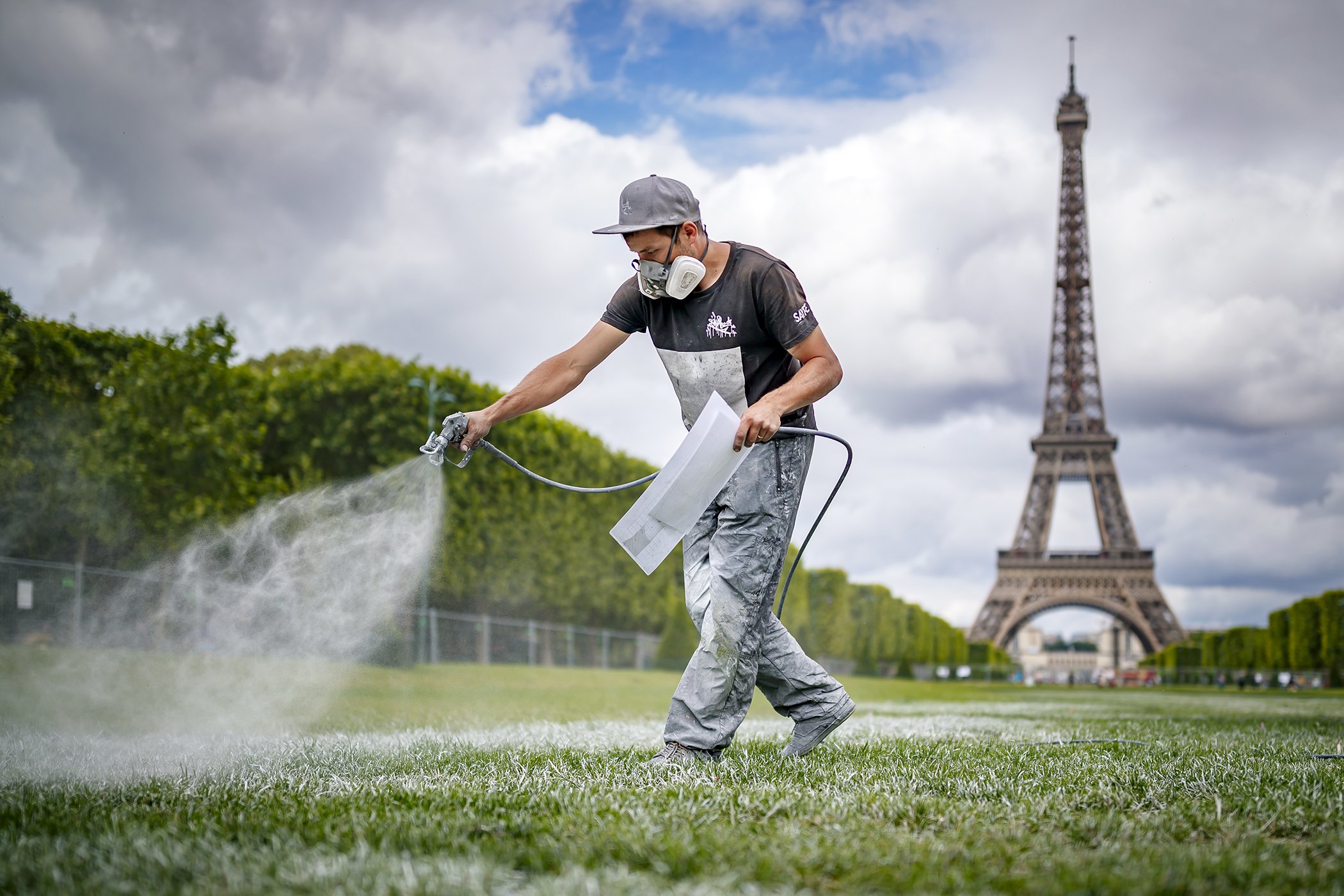 Saype is pictured here working on the art. He created the work using biodegradable pigments made out of charcoal, chalk, water and milk proteins.
Image: Valentin Flauraud/VLPIX.com

The painting is part of Saype’s three-year project to display his artwork in 20 major cities around the world. London, Berlin, Nairobi, and Buenos Aires will host all similar images of hands and arms holding onto each other as part of the project, according to the BBC.

We love this enormous painting in support of refugees at the foot of the Eiffel Tower!

Designed by the artist Saype in support of our friends @SOSMedIntl, it spans the entire length of the Champs de Mars – a symbol of rescue, of solidarity and of human connection. #chooselove pic.twitter.com/HMzglWflNh

Saype has amplified SOS Méditerranée’s cause before. In 2018 he raised support for the nonprofit by creating another large-scale, biodegradable fresco of a young girl launching an origami boat into water in Geneva, Switzerland. Saype said the viral painting led the Swiss Confederation to fly the Swiss flag on the Aquarius ship to help continue rescue missions.

“We want to send a message of optimism and the desire to live together to the world,” Saype said of his latest painting. 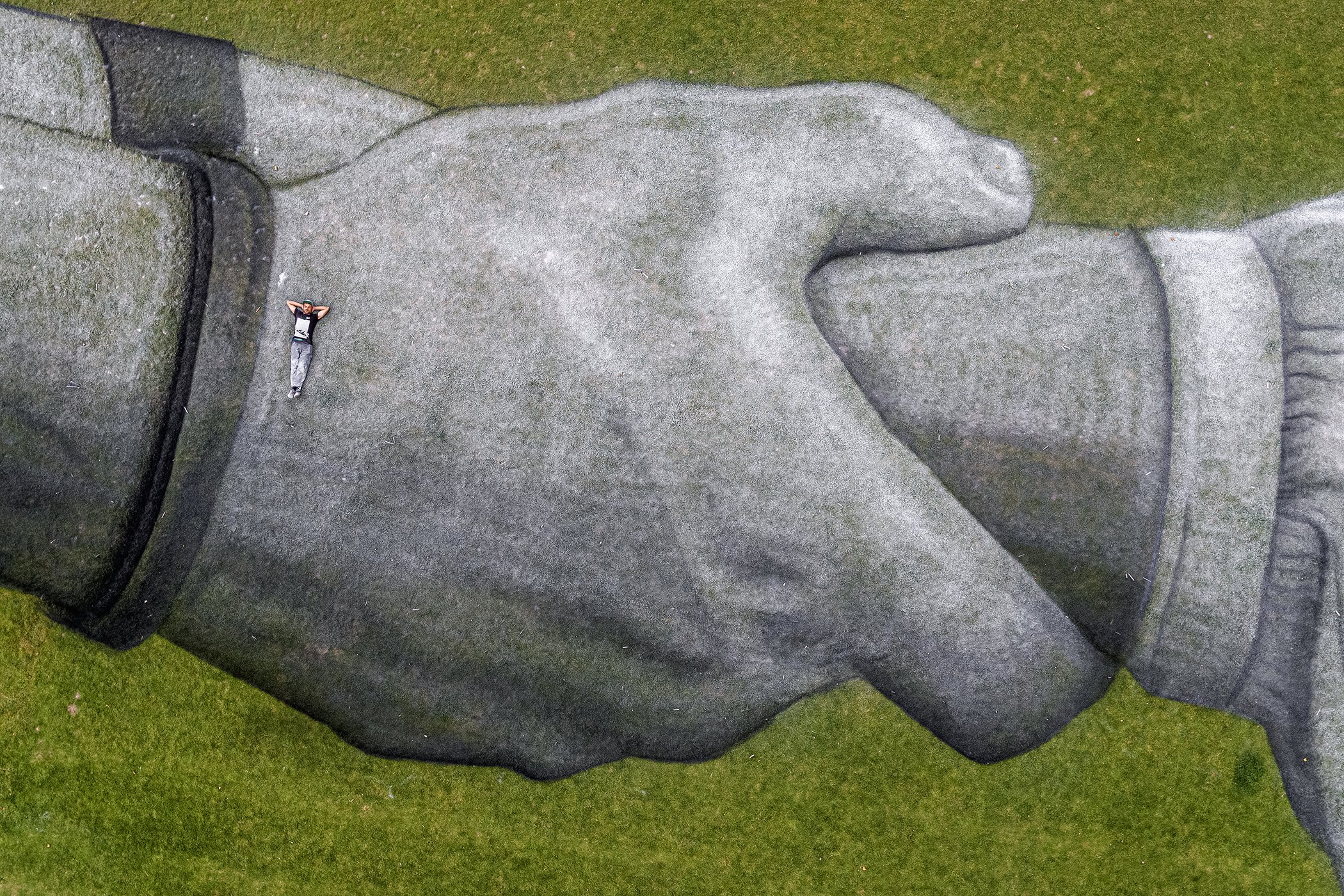 This art piece launches the worldwide project “Beyond Walls” aiming at creating the longest symbolic human chain around the world promoting values such as togetherness, kindness and openness to the world.
Image: Valentin Flauraud/VLPIX.com