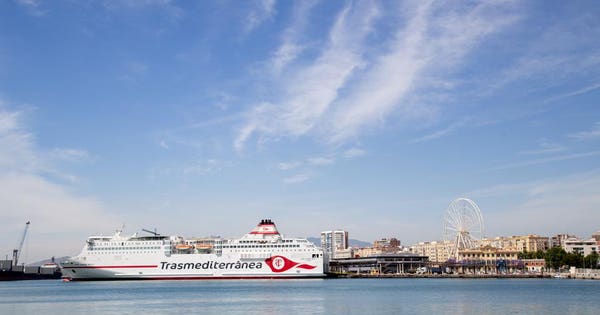 When we think about transport, planes, trains and automobiles are the three modes that most readily spring to mind. In reality, no method shapes our world more than shipping. It is the foundation of the global economy, with more than 90% of trade carried via the sea. It remains, according to the International Maritime Organisation (IMO), “by far the most cost-effective way to move en masse goods and raw materials around the world.”

However, it is also one of the world’s most polluting sectors. The more than 90,000 ships that criss-crossed the world last year burnt nearly two billion barrels of heavy fuels usually banned or heavily regulated onshore due to their effects. If left unchecked, maritime pollution could produce 17% of all emissions by 2050.

Marine pollution is a ticking time bomb that policymakers and shipping operators must address. Unfortunately, the technology does not yet exist that will allow vessels to run entirely off renewable or sustainable energy for anything more than a very short hop. Long voyages and large vessels require an immense amount of power, and its more than an onboard battery can supply.

Yet, while the challenge can’t be eradicated, it can be mitigated against and significantly reduced. The first step is to identify where ships pollute needlessly, or rather where they burn fossil fuels and produce harmful gasses when cleaner alternatives are available. Sustainable onshore power is a reality, but many ports lack the infrastructure to supply it, forcing shipping operators to run their engines and pollute even while their vessels are at berth. With wider awareness, funding and support it’s possible to reverse this situation without endangering trade or the livelihoods of those who depend on the industry.

From January 2020, the International Maritime Organisation will introduce a shipping sulphur cap to reduce the industry’s emissions by at least 50% by 2050 compared to 2008 levels. The regulation will ban ships from using fuels with a sulphur content above 0.5%, compared with the 3.5% allowed now. It should be noted that in the North Sea and the Baltic Sea there is already an emissions control area in place which limits SOx, NOx and/or particulate matter. Only ships fitted with sulphur-cleaning devices known as scrubbers will be allowed to continue burning high-sulphur fuel. Ship owners can also opt for other sources of cleaner fuel such as liquefied natural gas.

The cap, while welcome, doesn’t go far enough. Despite years of warning, many companies aren’t ready to comply. While some refineries have made improvements, a huge percentage of oil producers will be left exposed by the cost of producing new fuels, which emit lower levels of sulphur and can be 50% more expensive.

A greater worry still is compliance, which is dependent on the ability of governments to monitor and enforce adoption. Analysts at Goldman Sachs estimate that compliance rates will be around 80% next year and unlikely to reach 100%, ever. This is at least partially because the cap is almost impossible to enforce. While it is illegal for a ship to have non-compliant fuel on board, many ports simply lack the capabilities to test them.

Lastly, the solution is not guaranteed to work and is not future-proof. Millions, if not billions, of dollars will be spent retrofitting ships but, ultimately, there is no concrete evidence it will be enough. Moreover, there is a real concern that this target will push companies to introduce measures, namely sulphur scrubbers, which help in the short-term but do nothing to actually solve the issue for good.

While the new regulations are important, they come 12 years after a draft agreement was reached and decades after the worst effects of these emissions have been realised. The IMO must negotiate with 174 member nations, meaning that any significant progress is unlikely in the short-term. At this stage, it is clear that regulation alone is not enough, there also needs to be consideration for how these regulations will be enforced and funded.

Ultimately, the sulphur cap only tackles one pollutant and to put things into context even low sulphur (0.1%) fuel can have 100 times the sulphur content of road diesel. And, it does not reduce or eliminate other sources of pollution (and global warming) such as particulates, NOx gases or CO2 emissions, for that more Emissions Control Areas are required.

Vehicle pollution captures our attention because it is so visible in our everyday lives. The smell of exhaust fumes and the smog that blankets many of our largest cities is difficult to ignore. Shipping, by contrast, is not nearly so prominent. Unfortunately, it’s a case of out of sight, out of mind.

A first step must be to educate the public on the dangers of marine pollution. A 2018 study found that pollution from shipping causes about 14 million cases of childhood asthma and 400,000 premature deaths a year. That is more than 1,000 deaths a day.

These impacts are shocking too many, yet they remain a footnote in our political discourse. Trade consistently dominates discussions, yet the transport that supports it is so frequently ignored.

Policy makers and shipping authorities must do more to publicise the impacts of unconstrained shipping emissions. Another study cited by the IMO says over 570,000 premature deaths could be prevented between 2020 and 2025 by the introduction of the tighter guidelines in shipping.

Businesses respond to regulations, while governing bodies respond to societal pressure. To cause real change, more must be done to educate and involve the public in a field that is all too often marginalised in the climate change debate. With greater public awareness, the benefits of even a partial reduction will be hard for policymakers and operators to ignore.

Regulations must also support technology that drives sustainability and energy efficiency. Onshore power remains an often overlooked but vital opportunity. Ships at berth are responsible for 2.6% of total transport emissions and 1.3% of all air pollution. When docked, ships require power to support activities like loading, unloading, heating, lighting and other crucial functions.

Today, this power is generally provided by auxiliary engines that emit carbon dioxide (CO2) and air pollutants, affecting local air quality and ultimately the health of both port workers and nearby residents. Yet, it isn’t just humans who are in danger. When a ship is at berth and running off an onboard generator, the noise can severely disrupt the behaviour of nearby wildlife, with larger ramifications for the local ecosystem.

Globally, it’s been proven that introducing electric shoreside connections in port can make a real difference. The partnership between the Port of Seattle and the shipping industry has seen annual CO2 emissions cut by up to 29%. Meanwhile, shipping firm La Meridionale achieved a 95% reduction in its berthside emissions by introducing new shore connection technology.  Danish ferry group Scandlines, meanwhile, has seen an overall energy saving of between 10-14% in its equipped vessels.

With help from Schneider Electric, NorthLink’s MV Hamnavoe ferry, connecting Scotland to Orkney, has recently made the switch to locally produced ‘green’ electrical power through an innovative shore connection project at Stromness. This large shore-to-ship connection, the first of its kind in the UK, will cut the ferry’s carbon footprint, reducing fuel consumption by at least 500 tonnes a year and the cost of maintenance by £160,000.

There is no doubt that we need to consider the whole transport journey when it comes to reducing pollution and tackling emissions.  Caps on toxic polluting fuels are necessary and should be legislated for.  But we also need to look at how implementation can be encouraged.

We have the technology to reduce emissions in the short term, we only need to implement it. It is time to adopt a new way of thinking and embrace the benefits that shore connections and portside electricity can bring. The success of the Stromness project can and should be repeated at ports across the UK and Europe. If ships were plugged into the power grid with 100% renewable electricity across the UK, the reduction in emissions would be the equivalent to removing 84,000 to 166,000 diesel buses from the roads. To put that in context, there are roughly 110,000 buses and coaches in the UK in total.

But even where legislation exists, a lack of funding is hampering adoption.  The EU Directive on the Deployment of Alternative Fuel Infrastructures states that Member States shall install shoreside electricity supply in ports by 31st December 2025.  However, there is currently no funding to help facilitate the directive.  With many ports across Europe operated as not for profit trusts, it’s difficult to see how they will comply or find the money to invest in the infrastructure required, despite the long-term savings this technology would provide in terms of cost and most importantly emissions.

Maritime activity has a crucial role to play in trade and economic opportunities across the world. Yet we cannot ignore its environmental impact as merely collateral damage. Policymakers, businesses and people must take action to campaign and implement positive change and greater efficiency.  The work does not have to be difficult or disruptive – great progress can be made simply by addressing portside emissions using technology – but it does need to happen soon.