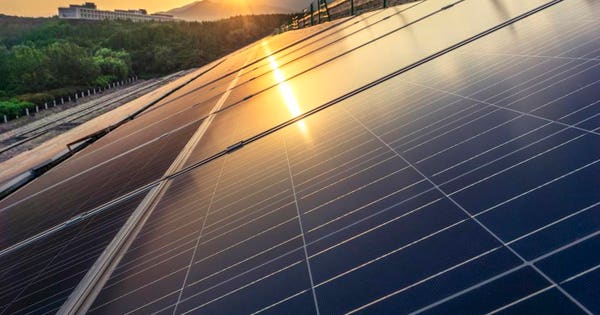 A trio of publications in the past 10 days paints a grim picture of the state of the world’s ecosystems and the species they support, including the significant toll on rivers from the world’s drive to generate electricity.

·       At the beginning of last week, a comprehensive UN assessment reported that up to a million species of plants and animals, mostly in the tropics, are at risk of extinction due to the expanding scale of human activities.

·       Finally, a report was launched yesterday at the World Hydropower Congress showing that future hydropower expansion, driven in part by the need to transition to low-carbon electricity, could fragment another nearly 200,000 km of rivers – including most of the remaining free-flowing rivers in the tropics (full disclosure, I am lead author on this report and a co-author on the Nature paper).

Collectively, these publications tell a story of great loss and risk, with the added twist that much of the risk to the planet’s rivers is being driven by the quest to save its climate.

But this post is not a story of great loss. Rather, the primary point of that third publication—Connected and Flowing: a renewable future for rivers, climate and people—is that the planet’s climate can indeed be stabilized without the further loss of free-flowing and healthy rivers and the services they provide, including fisheries that feed tens of millions of people and sediment flows that maintain economically crucial deltas.

In short, the potential for the world to meet climate targets without further loss of free-flowing rivers arises from the renewable revolution: rapidly falling costs for wind and solar generation and storage technologies, alongside significant advancements in energy efficiency, demand side management, and grid management.

In Connected and Flowing, we explore how these trends—and mechanisms to capitalize on them—could allow the world to meet future power demands through grids that are low carbon, low cost, and low impact on rivers and other environmental resources.

And the potential for lower impact on rivers is profound. We found that shifts toward greater wind and solar, combined with best practices for planning new hydropower, could reduce by 90% the extent of rivers impacted from fragmentation relative to status quo hydropower expansion.

How is this possible?

First, the cost of wind and solar have declined dramatically in recent years, a  73% drop in seven years in the case of solar. Costs for these technologies are now approaching US$0.05/kWh – comparable to the low end of fossil fuel cost range and the average costs of hydropower. And costs are projected to decline even further.

Driven partly by policy, but increasingly now by cost, today solar and wind are the leading sources of  global capacity additions.  During this period of increasing investment in wind and solar, investment in hydropower has been declining since 2013 (see figure below).

Meanwhile, the pool of generation from low-impact wind and solar is huge: the global technical potential of utility-scale wind and solar on already converted lands, such as degraded grazing land and rooftops, is 17 times the renewable energy targets that countries have committed to under the Paris Agreement, and well distributed.

However, because wind and solar are variable, they cannot simply substitute for hydropower. This illustrates that the renewable revolution does not herald an end to hydropower development, but a significant shift in its role.  Some types of hydropower plants can provide storage capabilities and flexibility and these can make an important contribution to the world’s transition toward grids based primarily on wind and solar.  And most of these services from hydropower can come from lower impact projects, ranging from retrofitting or improving the operations of existing dams to off-channel pumped storage to new projects strategically planned to avoid the major negative impacts associated with some hydropower projects, including the displacement of communities and loss of migratory fish.

In the report we explored the economic case for power systems that were both low carbon and that minimized impacts on rivers by modeling grid expansion options in two countries, Chile and Uganda, and the Mekong River basin region in southeast Asia.  In all three cases, we found that these sustainable power systems could be nearly the same cost—or even cheaper in the case of the Mekong region—compared to status quo pathways for expanding grids.

These studies show that countries can develop electricity systems powered by a sustainable mix of renewable energy technologies — including solar, wind, storage and existing or low-impact hydropower – that are low carbon, low cost and low impact on rivers and other ecosystems.  The vast pool of low-impact wind and solar, described above, suggests that these types of solutions should be in reach of most countries.

And if most countries pursued this pathway, then the world could meet its climate goals while maintaining most of its free-flowing rivers (note that although other activities can affect free-flowing rivers, hydropower has been a primary driver of their loss).   Through a combination of lower expansion of hydropower, relative to recent projections, along with best practices for siting new projects, the future global impacts on rivers from fragmentation by hydropower dams could be reduced from 190,000 km to 25,000 km – a nearly 90% decrease (see figure below).

For IPCC scenarios consistent with the 1.5 degree goal, projections for the level of hydropower in 2050 range from 1,700 to 2,400 GW of installed capacity, from a current baseline of 1250 GW. However, greater substitution of wind and solar could allow for a lower expansion of hydropower, such as that projected by Teske (1523 GW). That reduction combined with better siting of new hydropower could reduce impacts on rivers from fragmentation by nearly 90%.

While these modeling results help us envision a more sustainable future, the recent trends in costs and investment reveal that many countries and companies are out there building that future right now.  However, while market forces are now driving change, global uptake at the necessary scale and pace still requires policy and financial mechanisms to overcome various sources of friction.  If those constraints delay the transition by even a decade, the health and productivity of rivers such as the Mekong, Irrawaddy, and Amazon — and dozens or hundreds of others around the world — will decline due to significant impacts that are both near-permanent and avoidable. It would be a great tragedy if the full environmental benefits of the renewable revolution arrived just a few years too late to safeguard the world’s great rivers and all the diverse benefits they provide to people and nature.