Why Global Citizens Should Care
Library of Things is an organization that wants to replace individual ownership of expensive and hard-to-store items with a system of borrowing that could lead to ecological benefits in the long-term. The United Nations urges countries to pursue environmental sustainability. You can join us in taking action on related issues here.

A karaoke set, a party starter kit, and a dehumidifier — these were the items that members of Library of Things in the Crystal Palace area of London voted to get in stock at the end of last year.

They could already rent drills, carpet cleaners, tents, gazebos, pressure washers, sound systems, lawn mowers, and projectors — a lot of expensive items that are hard to store and get used only a handful of times each year. But now hosting a party became a lot easier.

Library of Things is essentially a rental company driven by social and environmental concerns. The organization wants to help people cut down on clutter, access otherwise expensive products for low prices, and move beyond the reigning paradigm of consumerism that’s causing vast ecological harm around the world.

The first Library of Things opened in 2015 after the founders piloted the concept for a few years. Government grants and a crowdfunding campaign helped the organization get off the ground, make many initial purchases of items, and establish infrastructure for borrowing and community engagement. Members can arrange to borrow items online or visit the physical Crystal Palace location at the front of a community library in South London.

“We were thinking about these big questions,” Rebecca Trevalyan, community director of Library of Things, told Global Citizen of the group’s origins a few years ago. “How do we live in harmony with our planet in a way that doesn’t compromise the ability of our children to do the same?

“At the same time, we were practically students in London, living in tiny houses without much spare space, and not a lot of disposable income,” she added. “We didn’t need to buy and own sewing machines and drills and lawnmowers and sound systems but we did need them now and then, and it would be great to be able to access them.”

The founders drew on a long history of counterculture movements rooted in sustainability, especially the Transition Town Movement in the US, which seeks to develop sustainable and self-sufficient communities. But concepts, as varied as the zero waste movement, thrift shops, food co-ops, Little Free Libraries, and even conventional libraries, informed their thinking.

They were also interested in building communities where people could develop meaningful friendships and connections. The organization’s website says that 1 in 5 people in the United Kingdom are sometimes or always lonely.

Finally, the founders were motivated by the increasingly dire picture drawn by scientists of a planet in crisis.

Read More: The 10 Best Ways to Reduce Your Plastic Footprint, According to Science

Humanity needs 1.7 Earths to meet the current demand for resources around the world. In other words, humanity’s use of resources is surpassing the Earth’s ability to regenerate itself. If everyone on the planet lived like Americans, then humanity would need 3.9 planets. This unsustainable rate of resource extraction has driven 90% of biodiversity loss around the world. And a new report by the United Nations shows in bracing detail how up to 1 million plant and animal species are at risk of extinction because of human activity.

Everything from wood to water to sand is being exploited at overwhelming levels. Mismanagement and pollution of water sources, for example, could leave 5 billion people without enough water by 2050. The rampant burning of fossil fuels, meanwhile, could warm the planet by up to 7 degrees Fahrenheit by the end of the century, resulting in catastrophic climate change. 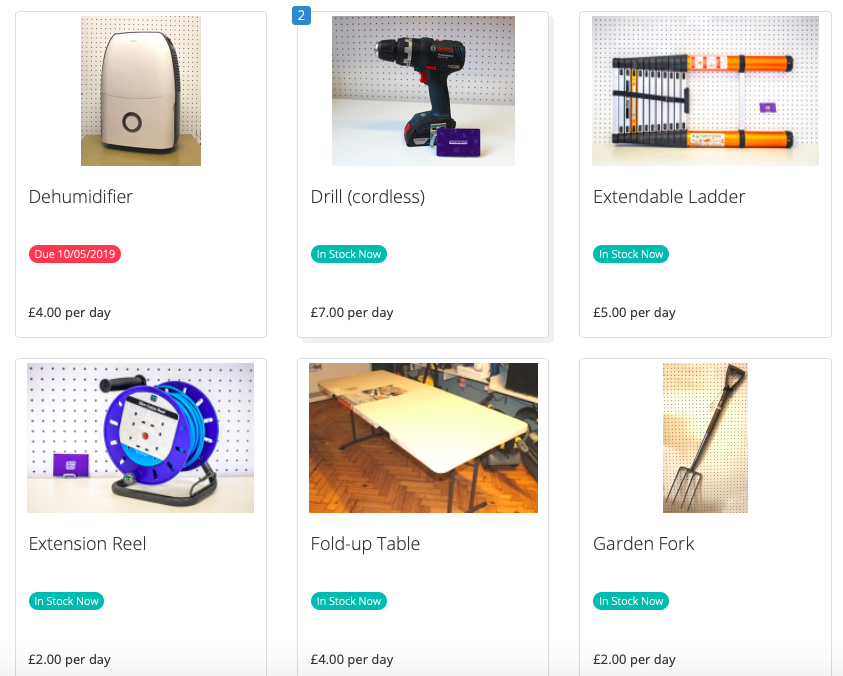 For the founders of Library of Things, a glaring culprit of this environmental harm seemed to be the culture of consumerism that involves companies creating trillions of resource-intensive products and then encouraging everyone to embrace the concept of ownership.

“What the consumerist narrative has told us is that if we buy more stuff and buy bigger and better stuff then we will be happier people, and I think generally there’s this understanding that we’ve been sold a myth,” Trevalyan said. “What does make us happy is love and belonging and connection with other people and new experiences and feeling like we belong to a place.

“As an individual you’re able to live a more sustainable lifestyle by not buying and storing tons of stuff that you’re using once or twice a year,” she added. “The amount of water and carbon and resources in each one of these products is collectively really high.”

So why not create a system where people can borrow instead of buy stuff, cutting out most of the resources involved in production in the process?

“It’s an idea that definitely resonates with people,” Trevalyan said. “What I sense people are looking for in the environmental narrative of gloom and doom and simple practical actions that they can take where they live. We want the simple act of borrowing of a lawnmower to become a pathway to individual and neighborhood transformation.”

Since launching Library of Things, Trevalyan and her colleagues found out how hard it is to run a rental business.

“What we’ve learned in the four years is that it’s so much harder to manage a Library of Things than you might imagine,” she said. “You’d think you’d put products on a shelf and people would borrow them.” 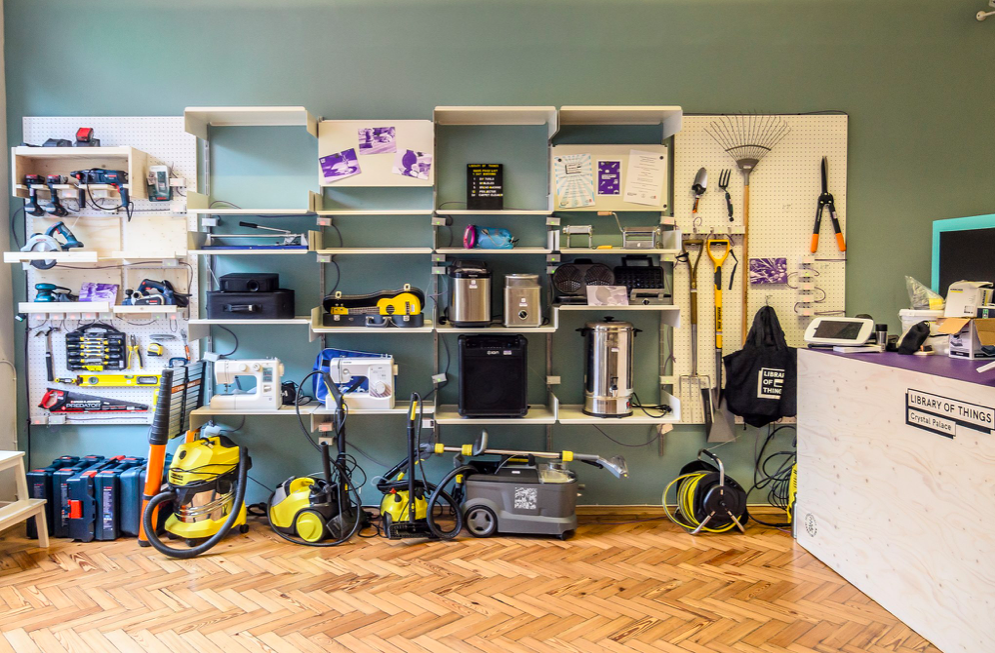 Read More: 5 Plastic Alternatives Doing More Harm Than Good — and What to Use Instead

“But it involves sourcing items very carefully, tagging items so you know who has them, building a software system for assigning and pricing them, making repair systems and how to guides and appropriate packaging,” she added. “You have to design a whole new infrastructure around borrowing rather than buying.”

But these hurdles haven’t dimmed the excitement of growing the movement.

Members can join Library of Things for free and pay a few pounds per rental. They can rent up to five items at a time for up to 14 days each.

People who join tend to embrace other forms of sustainability, Trevalyan said.

“What we’ve learned is that 60% of people who borrow say they’re more likely to repair and recycle,” she said. “It can be a gateway to living more sustainably.”

Read More: Does Recycling Your Clothes Actually Make a Difference?

More importantly, the organization is beginning to expand. Around eight unofficial branches started by those inspired by the movement have opened up in the UK and more than 300 people around the world have expressed interest in starting their own chapter. Similar to the Crystal Palace location, Library of Things is designed to plug into existing community infrastructure — apartment buildings, libraries, and community centers.

“In the next two years, we hope to have sites in London and expanding to other parts of the UK and after that — global domination,” she said.

“We’d love to imagine that at some point soon, any neighborhood that wants to start a Library of Things, and has the resources, can.”