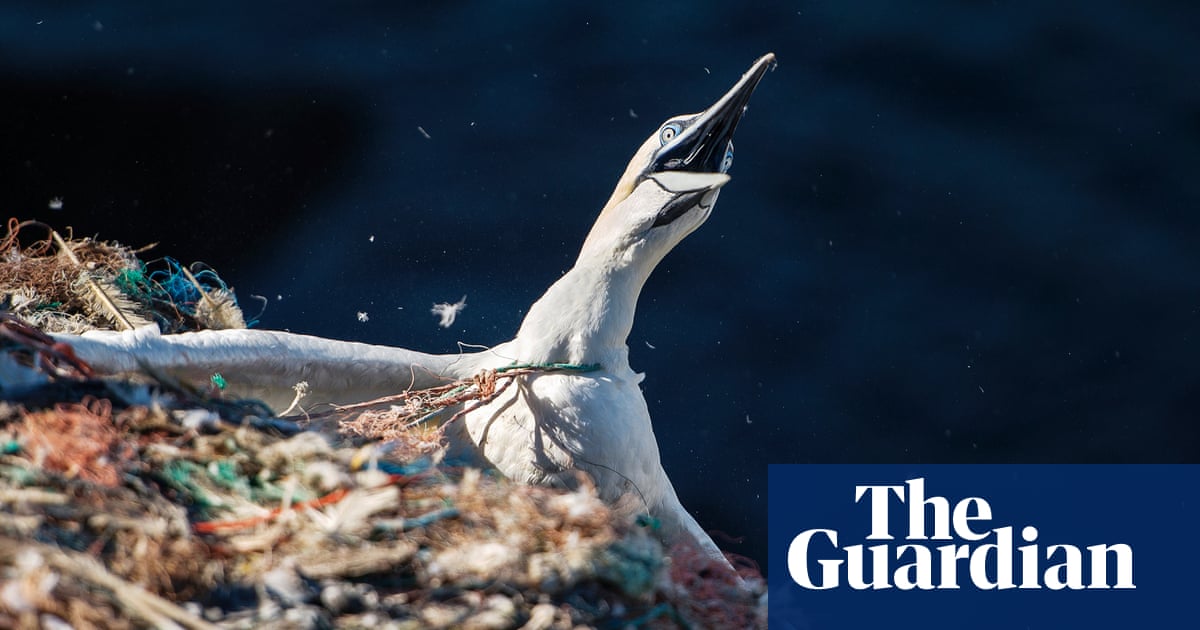 Almost 600 conservation experts have signed the Call4Nature open letter written by wildlife charity WWF, which is being published to coincide with the IPBES report (see letter below).

“We are overfishing our oceans at an alarming rate and choking them with plastic and other pollutants. If we want to see healthy seas that will continue to provide us with food, we need to stop this over-exploitation, protect our incredible marine environments and make sustainable fishing the norm, as we see here.”
Hugh Fearnley-Whittingstall, chef and vice-president of Fauna and Flora International

“I spent a month on a bluefin fishing boat and from what I have seen all the ICCAT (International Commission for the Conservation of Atlantic Tuna) regulations were respected. Fishermen I talked with seemed to have developed an environmental awareness – at least they understand the importance of keeping the bluefin protected from overfishing, in order to continue fishing and making a living out of it.”
Antonio Busiello, photographer

“Every year millions of hectares of pristine tropical rainforest are lost for the production of beef, soy, timber and palm oil. These magnificent forests store huge amounts of carbon and are home to some of our planet’s greatest wildlife. Their protection is critical to stop runaway climate change and halt the sixth mass extinction.”
Jack Harries, film-maker activist and WWF ambassador

“I had very mixed emotions when taking this image. I was struck with a sense of sadness at seeing the elephants in a seemingly unnatural environment for them. Equally, I was taken aback by watching them use this environment to their advantage as a food source, and the efforts of plantation owners to create wildlife corridors within their plantations to enable elephants to travel to connecting forest areas. I feel that it really highlights the threats that the species faces, yet also demonstrates the resilience they have to being able to adapt to a changing landscape.”
Chris Ratcliffe, photographer

“The world is waking up to the fact that pangolins are facing extinction as a result of the illegal wildlife trade. Sadly, their natural defence is a gift to traffickers. When threatened they roll into a tight ball. This protects them from predators in the wild, but enables criminals to transport them with ease, just like footballs. To save these remarkable creatures, we need to spread the word and push to stop this illegal trade.”
Paul De Ornellas, chief wildlife adviser at WWF

“The man in this photo tends to this pangolin every day, ensuring its rehabilitation after being seized in anti-poaching operations. The image reflects the weight of human responsibility involved in the species and our world’s tomorrow. What we do to the animals we will end up doing to ourselves. Our very futures are intertwined for ever.”
Adrian Stern, photographer

“Nature is our life support system and without it our lives on this earth would be impossible and unimaginable. We have to stop seeing the natural world as something to be exploited and taken for granted. Nature matters to me and it should matter to you. We need to put more value on our natural assets and stop destroying our precious planet.”
Chris Packham, TV presenter, naturalist and founder of Wild Justice

“Just eight miles off the Welsh mainland, RSPB Grassholm Island should be a paradise for gannets, but in recent years it has become a living hell. I visited the island with a rescue team, who visit each year to cut free the entangled birds. This panicked adult gannet struggled as it dangled from a cliffside, with ropes twisted around its neck like a hangman’s noose. The brave volunteers risked their own lives to creep to the edge of the clifftop and rescue this bird from its death sentence.”
Sam Hobson, photographer

“Humankind has already seriously altered three-quarters of Earth’s land surfaces – with no hint of respite. If we are truly to live within the sustainable bounds of our extraordinary planet and leave the space for nature that it so desperately needs, we have to step back and be more considerate about the way we treat our world. More than that, we must actively work to repair the blatant damage we have done. And we have to do that immediately; starting today.”
Mark Wright, director of science at WWF

“Trucks the size of a house look like tiny toys as they rumble along massive roads in a section of a mine. The largest of their kind, these 400 ton-capacity dump trucks are 47.5ft long, 32.5ft wide, and 25ft high. Within their dimensions you could build a 3,000 sq ft home. The scale of what we see in this image is truly unfathomable. It’s been reported that the landscape being industrialised by Tar Sands development could easily accommodate one Florida, two New Brunswicks, four Vancouvers, and four Vancouver Islands.”
Garth Lenz, photographer

“The Arctic is in meltdown – it is warming over twice as fast as the global average. Climate change means that walrus, polar bears and people may soon face an ice-free Arctic ocean during the summer, unless we take urgent action now. Though it may seem remote, the impacts felt in the Arctic are not limited to national borders … Nature is crying out for help in every corner of the planet, and it is time for us to listen before we lose the wonders we take for granted.”
Rod Downie, chief polar adviser at WWF

“I found the image I wanted whilst leading an expedition to Svalbard.The holy grail is to get the waterfalls from it, like we see in the image, a natural phenomenon that only used to occur in the warmest few weeks of the arctic summer. Not now. In recent years I’ve seen the waterfalls at times of the season when I’ve never expected to. And not just one or two waterfalls but many. This dramatic difference is a warning of things to come and one I was determined to record.”
Andy Rouse, photographer

“River dolphin populations in Asia are plummeting due to human activities such as dam building, fishing, boat traffic and pollution. We cannot allow that to happen to one of the Amazon’s most charismatic mammals. We need to act fast to save this species and avoid the fate of the baiji, the first river dolphin species driven to extinction by humans. Our freshwater habitats – including lakes, rivers and wetlands – are the most threatened of all our global habitats. We know that populations of freshwater species have suffered huge declines since 1970 – falling an average of 83%. That’s a staggering and depressing figure. Our rivers and streams are the blue arteries of our world. Without thriving freshwater habitats, our planet will not survive.”
Damian Fleming, director of conservation at WWF

Many net casts were unsuccessfully and the exhaustion and despair were starting to take a toll on the team until finally, on the sixth day, they managed to successfully tag one dolphin. Only after the dolphin was released, did they allow themselves to explode in joy and tears.

It was a memorable moment and I believe this image captures very well the profound respect that Federico, the team’s leading biologist, has for this species of dolphins and the immense pressure that he was under during the project. It also symbolises the intimate connection that we have with wildlife.”
Jaime Rojo, photographer

“Tigers can travel over 100km to establish their own territories, so these connecting habitats are critical for wild tiger population recovery, and to help achieve the global goal to double the number of wild tigers by 2022, from as few as 3,200 in 2010. However, they are under pressure from habitat loss and poaching. It’s crucial that we do all we can to maintain and connect their habitats, and protect tigers from being hunted. We are seeing tiger populations recover in areas where this is happening, which gives us great hope of protecting these incredible creatures for the future.”
Rebecca May, tiger conservation manager at WWF

“When I look at this image, I can’t help thinking that we live in an incredible planet. All in this image is the result of millions of years of evolution, of work, to make it as perfect as it is. It reveals another world, unknown to most humans, something more beautiful and jaw-dropping than any science fiction movie. It makes me want to fight twice as hard to stop the current madness of the world.” Emmanuel Rondeau, photographer

Nature provides us with the food we eat, the air we breathe and the water we drink. We depend on it to grow our crops, to source our medicines, to house us and to clothe us. When we destroy nature, we destroy the essentials on which we all depend.

Today IPBES (Intergovernmental Platform on Biodiversity and Ecosystem Services, www.ipbes.net) – the independent global scientific body on biodiversity of more than 130 governments – publishes its report on the current state of life on Earth. The report paints an alarming picture of species extinctions, wildlife population declines, habitat loss and depletion of ecosystem services − adding to the existing wealth of evidence that we are losing nature at a dramatic and unsustainable rate.

The report also makes clear the cause of this destruction: us. We are cutting down our forests, overfishing our seas, polluting our rivers, degrading our soils and changing our climate. This poses an urgent threat to all life on Earth – including ourselves.

There is still time to protect what is left and to start restoring nature. But to do that, we must radically change the way we live, including how we use energy to power our societies, grow our food, and manage our waste. This is an immense task but many of the solutions are already at hand.

Each of us has a role to play in bringing about this transformational change. But we need you, our political leaders, to lead − and to set us on a path to a future where people and nature thrive.

Next year, there is an unmissable opportunity to choose a new direction for people and the planet. Important global decisions will be made on biodiversity, climate change and sustainable development at a series of UN meetings in 2020. Together, these form an action plan for change, a real New Deal for nature and people.

But for this to happen, we need decisive and ambitious action from you. That’s why today:

We call on you to stop funding activities that destroy nature.

We call on you to put an end to deforestation and land degradation.

We call on you to protect our oceans and marine life, especially against plastics.

We call on you to encourage the transition to sustainable agricultural practices.

We call on you to implement the Paris Agreement to halt climate change.

The future of all life on Earth lies in the balance. We urge you to act now.