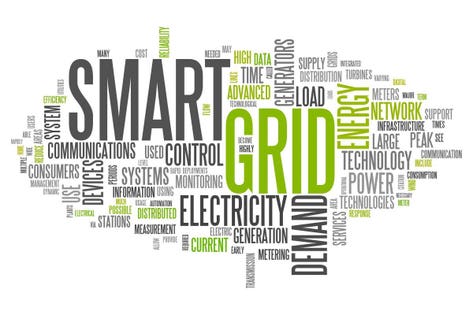 For any nation, the energy ecosystem is fundamental to its progress and development. Since the energy industry drives economic growth, the power grid has always had a profound impact on a nation’s economic survival, security, and sustainability.

Now, supported by advances in emerging technologies like artificial intelligence, blockchain, internet of things and more, the growing digitization, automation, communication, connectivity, and decentralization are on their way to fundamentally transform the way nations manage diverse energy sources, supply chains, and energy management processes. As a result, each individual nation is now able to lay the foundation of an intelligent, integrated, democratized, and decentralized energy market which can work for consumers, have diverse energy sources, and which ensures that energy supply can always meet demand. Individually and collectively, this will likely lay a foundation to bring sustainability to national economic engines.

As the technology transformation intensifies, the evolution in the grid is on its way to both allowing energy to keep flowing where and when it’s needed and allowing all energy sources to be used efficiently. So, as nations witness transformative changes to the way electricity is produced, transmitted, managed and used, it is essential to understand and evaluate the emerging trends in technology that could transform the grid further.

The electric power grid, known as the most complex and most substantial machine on the globe, is an interconnected energy infrastructure made up of power generation, transmission, and distribution. As technology transforms the electric grid, the rapidly emerging microgrids, intelligent sensors, 2-way communication, digitization, and automation of energy management processes have laid the foundation to not only smart grids but also smart energy. Again, the democratization and decentralization of diverse energy sources have also added to this shift.

As technology transforms the grid, each nation’s power grid is at a critical juncture. While there are many gaps and opportunities to improve energy efficiency, production, distribution, transmission, and storage, it will be interesting to see how nations determine the appropriate balance between the competing interests of different energy sources to enable digitization, automation, decentralization, and modernization of the electric power ecosystem. So, amidst many competing and conflicting interests, how are nations conceptualizing the future design of the evolving power grid system? As nations evaluate the technical obsolescence of its grid, what is the impact on safety, security, and sustainability?

As the technology transformation allows for two-way communication between the grid and its customers, the rapidly evolving automation that is on its way to making the grid intelligent consists of not only controls, computers, and automation, but also many other technologies like the internet of things and blockchain. These technologies work with the electrical grid to respond digitally to the rapidly changing electric demand in real time.

The emerging smart grid represents an unprecedented opportunity to move the energy industry into a new era of smart energy which would foster reliability, availability, accountability, and efficiency that would contribute to a nation’s economic health. From efficient transmissions of electricity to rapid restorations of power, cost efficiency to lower electricity rates, increased integration of diverse energy sources to increased intelligence of energy needs, the smart grid will bring many benefits to the evolving smart energy ecosystem.

That brings us to an important question: how are nations preparing for the evolution of their energy infrastructure? While it will take some time for the evolving smart grid to bring smart energy to all nations, the evolving energy ecosystem will fundamentally change the energy equation for the future of humanity.

With the aging electrical power infrastructure and with increased reliance on automated control systems (e.g. smart meters), there is growing susceptibility to security threats. So, what are the security risks to the smart grid? Where do the threats originate?  It seems there are many variables to security threats to smart grids: ranging from cybercriminals, nation-states, natural disasters, human-made disasters, and inadvertent technical and non-technical errors. Are nations prepared to face the emerging security threats to its power grid from cyberspace, geospace, and space? It is essential to understand and evaluate what technological and non-technological improvements in grid infrastructure are necessary across nations to build resilient grids.

Understanding risk and resilience are essential as nations’ electric grids, data centers, telecommunications networks, and other critical infrastructure are also vulnerable to electromagnetic warfare: a nuclear weapon that generates an EMP (Electro-Magnetic Pulse). Even a geomagnetic storm from the sun could also create an EMP effect. So, when cyber warfare, electromagnetic warfare, and space warfare all have the potential to cause temporary or permanent disruptions to the electric power grid, how can a nation ensure a sustainable source of energy supply?