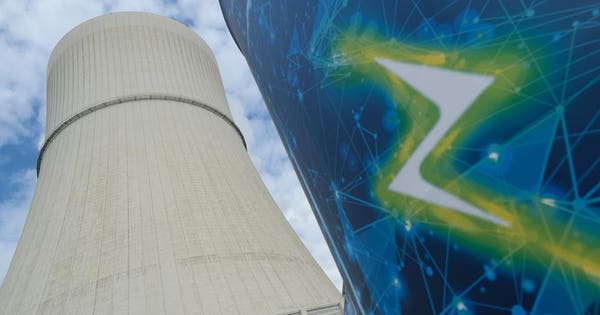 A battery symbol stands next to a cooling tower of the Schwarze Pumpe coal-fired power plant during a ground breaking ceremony for a new electricity storage facility on July 09, 2019 in Spremberg, Germany (Sean Gallup/Getty Images)

As the European Union attempts to adopt a target of completely decarbonizing by 2050, countries in Central and Eastern Europe have stood in the way. Poland and its eastern allies, which are vetoing the target at EU level, have many regions which are dependent on coal both for jobs and for power generation, and they are worried about the economic effects.

In Germany, Angela Merkel took months before she endorsed the European Commission’s proposal for net-zero emissions by 2050 – as she faced concerns from Germany’s many coal-reliant regions. Germany still relies on coal for 40% of its power generation.

But a new study by the European Commission’s Joint Research Centre has found that solar power could “fully substitute” coal-fired power generation in Europe’s coal-dependent regions by putting solar PV panels on mining sites, rooftops and agricultural land in these regions.

If solar PV panels were placed today at the coal mining sites in Germany scheduled for closure under the recommendations of the country’s Coal Commission, they could generate around 120 terawatt hours (TWh) of solar power – half of the 228.7 TWh produced from coal in Germany last year. This could be done rapidly because these mining sites tend to be already connected to grid infrastructure because of nearby coal-fired power plants.

The coal commission has recommended that Germany completely phase out coal by 2038 at the latest.

The solar installations could also provide jobs for those who have been rendered unemployed by the coal mines’ closure. For all of Europe, the researchers found that installing 580 gigawatts of solar capacity could provide 135,000 construction jobs per year over the next 15 years.

In 2017, the European Commission launched the “Coal Regions in Transition” initiative to try to address concerns over the social impacts of closing these mines.