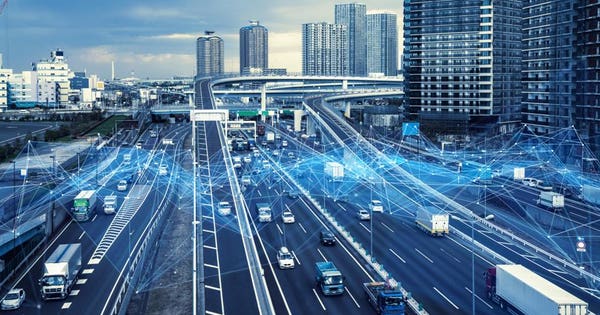 Some predictions of the effect of self-driving automobiles, or autonomous vehicles (AVs), include that they will virtually eliminate personal car ownership, cause people to travel by Uber-like ride hailing services and Zipcar-like car-sharing, and have no need for garages. They will save cost and time, and will reduce air pollution and greenhouse gas emissions.

In this model, transportation practices will be revolutionized. This is a dramatic change that makes for eye-catching headlines. However, it is not the only possible future. It is equally plausible that the convenience of AVs will encourage suburban growth and increase miles driven.

Before we examine these arguments, we need to understand what a self-driving vehicle is.

What is an autonomous vehicle?

The popular impression of a self-driving car is that you get in the car, tell it where to go and it takes you there, no matter where that might be. This would be Society of Automobile Engineers Level 5 automation (Level 4 would be capable within a limited area). At least Level 4 is required for most of the envisioned benefits.

The most advanced commercially available AVs today are Level 2. They have adaptive cruise control and will keep you in the lane. A few will change lanes upon command. Some “self-driving” cars from Apple, Uber and Google that you read about are Level 4. They are in an experimental or trial phase.

Let’s call the demise of personal car ownership the utopian model. The predicted benefits depend upon a number of assumptions beyond the availability of self-driving technology. These include that the cost of AVs will come down dramatically, they will be electric and people will adopt a high-density lifestyle that makes for short commutes. Many versions of this model also assume ride-sharing among strangers, a practice that has not been popular except where it allows use of HOV lanes.

The first two assumptions do not necessarily favor the utopian model. Decreasing cost will favor both private ownership and ride hailing at the expense of mass transit. It is virtually certain that future autos will eventually be electric, so environmental benefit will depend primarily upon miles driven rather than whether the vehicle is shared or privately owned.

The third assumption is crucial. You have to believe AVs will cause a reversal of current housing trends, with the majority of the population choosing to live in high-density housing.

Proponents of the ride-hailing model point to recent increases in center-city living and decreases in car ownership by millennials. There is debate whether this is a preference change or the economic consequences of low income growth and high student debt.

You will see varying numbers for the rate of suburban growth vs. urban growth, due to differing definitions. The graph below is one example. None of these definitions are perfect, but most show suburbs continuing to grow faster than city cores. Even millennials are buying mainly in the suburbs.

Reasons to give up your car

Let’s examine whether the benefits of AV ride hailing are likely to overcome personal car ownership.

A primary argument is that the AV ride-hailing model will be cheaper. However, cheaper doesn’t mean people will use it. As seen in the chart below, public transit is already much cheaper than travel by personally owned car. Few people use it, except in New York and a few other high density cities. According to the American Community Survey, over 75% drive to work alone and only about 5% use mass transit. The same can be said of carpooling, which also reduces cost and is used by only about 9% of the population.

Given the amount of hype about Uber, it may surprise you that ride hailing and AV ride hailing are more expensive than private car ownership. This is shown in the chart above and by others, such as a Credit Suisse report which says ride-hailing services “are not cost effective at present either for average car owners or even for infrequent/low-usage drivers.” Credit Suisse predicts driverless ride hailing may eventually be cost effective for a “significant minority” of drivers.

A second reason is convenience. The degree of convenience depends upon a number of factors, including the type of trip. In the ride-hailing model, you will be picked up at your door and dropped off at your destination. However, you may have a wait, and in the privately-owned model, the car is already at your door. So, there may or may not be time savings, depending upon the availability of the hailed ride vs. parking time for the privately-owned vehicle.

A third reason is environmental benefit. As mentioned, privately owned vehicles will likely be electric and will have per-mile emissions reductions comparable to ride-hailing vehicles. Various capabilities and design parameters of AVs aid in reducing energy use and emissions, but far and away the most important factor is miles driven. Significant reduction beyond what comes from electrification will require we share rides and stop moving ever further out in suburbs.

However, we could already be doing this and have not chosen to do so. Experience has shown that the vast of majority people are not willing to suffer much inconvenience for the sake of the environment.

In the utopian model, car ownership will plunge. This will disrupt the auto industry and associated businesses. Parking lots, auto repair shops, auto price websites and similar related businesses will become the buggy whip manufacturers of our time. There is good reason to believe this may not happen.

There are several reasons why the convenience and potentially lower-cost of self-driving vehicles might increase travel and number of cars rather than decrease them. In fact, most studies predict miles traveled will increase around 15% to 25%; some are much higher.

The most significant reason for the predicted increase is that travel will become a pleasant rather than unpleasant experience. A 30- or 45-minute slog in traffic will become an opportunity to use a laptop, text, chat with friends or just enjoy the scenery.

The graph below shows the best and worst of four hypothetical scenarios from a 2016 study. Both cases represent unlikely endpoints.

Many benefits claimed for the ride-hailing model, such as more efficient driving to save energy, elimination of fossil fuel use by electrification and fuel savings due to smaller vehicles, also apply to the dystopian model. It is misleading to attribute these to ride hailing.

The full benefit of ride hailing depends upon shared (multi-passenger) rides. A recent study of the effect of AV ride hailing in Massachusetts concluded it did not have a net economic benefit unless the amount of ride pooling was over 40%.

How soon will it happen?

Various manufacturers are expected to offer the first level 4 cars to the public in 2020 or 2021. That’s nice, although such predictions have a track record of being optimistic. And when will they be available in meaningful numbers?

IHS Markit estimates 51,000 AVs worldwide in 2021 and 1 million in 2025. This will make for an interesting technological experiment, but it’s a drop in the bucket. There are over 260 million cars and trucks in the US alone.

Longer-term predictions vary widely. In 2040, Credit Suisse has AVs as 14% of production; IHS Markit has US sales at 7.4 million, about 40% of current sales. However, sales forecasts do not speak to the relative share of miles traveled in ride-hailing and privately-owned vehicles.

Predictions of ride-hailing travel share have even wider ranges, with the more optimistic often being given as scenarios that “could happen.” This aggressive forecast from KPMG shows a 50% increase in total miles driven by 2040, with 85% being in AVs. AV travel is split roughly equally between privately-owned and shared vehicles.

Which model of the future will prevail?

No one knows yet what the transportation revolution will bring. Despite predictions that self-driving vehicles will reduce suburban sprawl, traffic congestion and miles driven, there are equally good reasons to believe they will have the opposite effect.

In all likelihood, there will be both effects. In high density cities some people will give up automobile ownership and increase ride hailing and car sharing. People will also continue to live in the suburbs. Suburban sprawl and miles driven will increase. The relative strength of these two effects remains to be determined.

Earl J. Ritchie is a retired energy executive and teaches a course on the oil and gas industry at the University of Houston. He has 35 years’ experience in the industry. He started as a geophysicist with Mobil Oil and subsequently worked in a variety of management and technical positions with several independent exploration and production companies. He retired as Vice President and General Manager of the offshore division of EOG Resources in 2007. Prior to his experience in the oil industry, he served at the US Air Force Special Weapons Center, providing geologic and geophysical support to nuclear research activities. Ritchie holds a Bachelor of Science in Geology–Geophysics from the University of New Orleans and a Master of Science in Petroleum Engineering and Construction Management from the University of Houston.