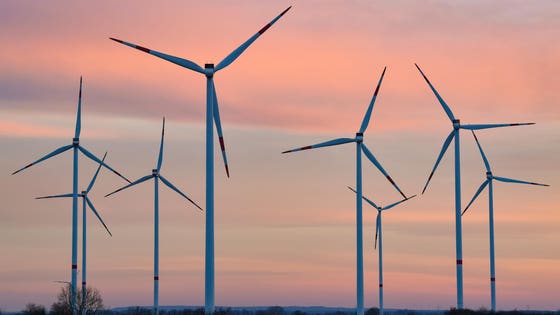 Family members asked me. Several friends sent me direct messages. “Dr. Shepherd, Can you please explain to me what was being conveyed in those remarks in the about wind energy from the President?” Since I am a professor of Atmospheric Sciences at a major university and a former NASA scientist, the assumption is that I should probably be able to decipher a discussion of wind, fumes spewing into the air, and so forth. I was tempted to dig out a copy of the book Don Quixote for help, but my response instead was simply, “I am sorry y’all (yes I am from the South), I cannot do it.” In response to a previous rant about wind energy being unreliable because wind doesn’t blow all of the time, I wrote a piece in Forbes explaining the wind energy at a “101” level. As I sat through Star Wars: The Rise of Skywalker this week, the epic battle between good and evil made me think of this odd assault on wind energy. Let’s talk about the rise of the wind turbines and why the force is with them. They are also “great” for America.

Before we go too far down the warp tunnel, let’s define wind. At its most simple definition, wind is simply “air in motion.” We cannot see “wind,” but we know that it is there because of the force exerted on trees, flags, or a wind vane. Wind is also the result of three forces: pressure gradient force (resulting from differences in pressure or “gradients”), Coriolis force (resulting from the Earth’s rotation), and friction. For a simple explanation of how these three forces interact to produce wind, click on this National Weather Service website called Jet Stream. Wind and atmospheric motion are actually far more complicated than the qualitative descriptions discussed at that website and involve very complex fluid dynamics and mathematical context. Most meteorologists still have nightmares about our Atmospheric Dynamics I and II classes in college, but I digress.

Let’s get back to wind energy and why it is actually great for America. According to John Bowden writing in The Hill this week, “the American Wind Energy Association found that wind farms around the world generated enough energy to avoid 200 million tons of carbon pollution from burning fossil fuels last year and estimates that most wind power plants repay their own carbon footprints within six months of operation.” This is counter to claims about carbon emissions associated with materials used in the production of wind farms.

Ok, so you are not concerned about the implications of a changing climate on U.S. food supply, water, infrastructure, public health, the economy, national security, and extreme weather events. Let’s look at things strictly from an economic perspective. My colleague Professor Jacqueline Gill is a professor at the University of Maine. She told me that a subsidiary of General Electric (GE) is major player in the global wind energy economy.

Energy Acuity, according to their website, is “the leading provider of power generation and power delivery market intelligence.” Here is their 2019 list of the top 10 wind turbine manufacturers:

Though GE Renewable Energy is based in Paris, it is a subsidiary of the legendary American company General Electric. It is great that GE is in the renewable energy market. However, there is even “greater” potential. These statistics listed on the Wind Energy Technologies Office of the Department of Energy website are “bullish”:

While the overwhelming majority of the countries on the aforementioned top 10 list are based outside of the U.S., the trends in wind energy suggest that there is significant opportunity for emerging U.S. renewable energy companies. Wind energy is not going anywhere. It is clean, domestic, and critical to the portfolio of renewable energy sources. The U.S. Department of Energy, in 2016, noted that wind had the largest renewable generation capacity of any U.S. renewable sector.

To be clear, challenges lie ahead: higher initial investment costs, remoteness of wind farms compared to needs of energy, noise and aesthetics (oh sure oil rigs or derricks are so beautiful eh?), and impact on wildlife. However, what emerging business or sector that we now benefit from didn’t have challenges initially? Did challenges halt the pursuit of GPS, smartphones, or advanced medical procedures.? Nope. Hopefully, we will let this opportunity “blow” past us.