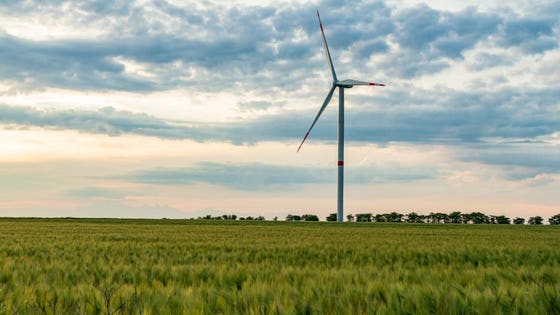 Two energy projects in Minnesota are putting a whole new spin on aging in place.

Longroad Energy is repowering a pair of utility-scale wind farms that were developed more than a decade ago. The purpose is to implement turbines improved for maximum annual wind energy production and extend the service life of the wind farms.

“We are grateful for the support of the project landowners and communities,” said Paul Gaynor, CEO of Longroad in a statement. “This is one of the first repowering projects in Minnesota, so there was not a lot of precedent to rely on. The regulatory community was constructive and supportive.”

The Boston-based renewable energy developer and operator acquired the assets three years ago. Sited among the agricultural landscape of southwestern Minnesota, Jeffers Wind Energy Center and the Community Wind North farm were placed in service in 2008 and 2011, respectively. The 20 turbines and infrastructure of Jeffers Wind weave through 2,560 acres of privately-owned and leased lands. Community Wind North knits across 2,400 acres with its 12 turbines and infrastructure.

Longroad Energy closed on $128 million in construction financing with KeyBank and HSBC, and construction is expected to begin in second quarter 2020 and take up to eight months. The repowered sites will be operational by the end of the year. The turnkey repowering, equipment, construction and maintenance will be performed by Vestas. The “energy industry’s global partner on sustainable energy solutions,” Vestas is estimating a post-repower, 30-year useful life.

Simultaneously, Longroad is developing the $416-million Prospero Solar farm on 4,600 acres in Texas. Facebook is the tax equity investor for the solar project. After construction in 2020, Prospero stands to be one of the largest solar farms in the U.S., with a nameplate capacity of 379 megawatts.

After Longroad’s repower projects, the two wind farms and their 32 repowered turbines combined will provide 70 megawatts of renewable energy in the state. According to the U.S. Energy Information Administration, Minnesota ranks fourth in the top five states with the oldest-average age of operating wind turbines, between 12 and 16 years.

Repowering is an industry term, in some measure likened to retrofitting or redevelopment. The repowering process can encompass a full activity, such as dismantling and replacing an earlier project’s entire fleet of project infrastructure in the site boundary; or, a partial activity of replacing only select turbines and towers or components and associated facilities. Repowering can also involve interconnection infrastructure with the power grid.

By increasing energy production, Longroad Energy’s repower project is anticipated to generate an increase in production tax revenue for Cottonwood and Lincoln counties.

As a result of bolstering wind farm longevity beyond initial decommission forecasts, there is an economic benefit of extending lease revenue streams to participating landowners.

In addition to the benefits of utilizing a site’s wind resources with greater efficiency, repowering presents an opportunity for a wind developer to evaluate whether to attempt to “requalify” an existing wind farm for renewable energy production tax credits. If any new incentives would appear from policymakers, similar evaluation should hold true as long as market-driven investment in next-gen inputs continues.

Regarding Jeffers Wind and Community Wind North, the existing wind leases with the project landowners allow for the repowering activity. Longroad signs amendments with the parties and records to extend terms of the lease agreements.

The repower packages that Longroad is introducing at its two wind farms add 46-foot increases in rotor diameter — the swept area, blade-tip to blade-tip — to nearly 361 feet. As such, along the periphery of the project boundary, Longroad secures a small number of wind rights-only leases with landowners in order to satisfy subsequent zoning setback requirements.

Gaylor added, “Xcel Energy’s support was also critical in getting the projects across the finish line. We are pleased to have come to an agreement to sell these assets to Xcel Energy once the repowering is completed.”

Last year, Xcel announced they were seeking more wind energy to power their renewable programs in high demand. With a strategic priority to lead the clean energy transition, Xcel Energy is positioning its operations by 2050 to be 100% zero carbon.