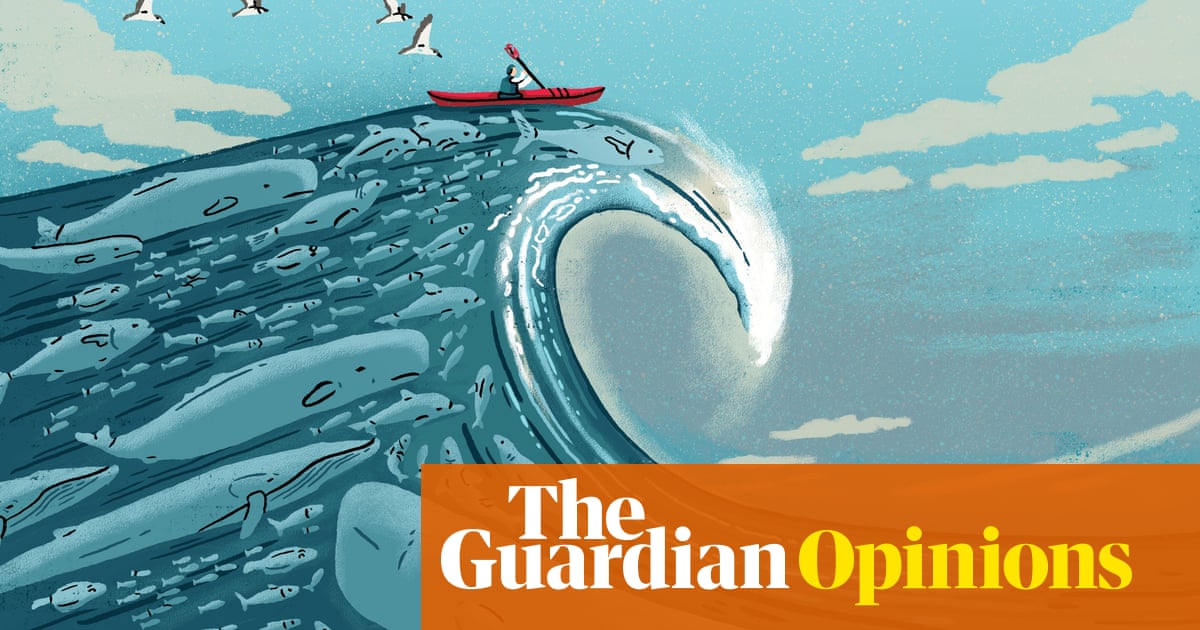 It’s going to be a rough year. The fatal combination of escalating climate breakdown and the capture of crucial governments by killer clowns provokes a horrible sense of inevitability. Just when we need determined action, we know that our governments, and the powerful people to whom they respond, will do everything they can to stymie it.

Witness the disasters in Australia. In mid-December, on the day the nation’s lethal heatwave struck, Rupert Murdoch’s newspaper the Australian filled its front page with a report celebrating new coal exports and a smear story about the chiefs of the state fire services, who were demanding an immediate end to the burning of fossil fuels. The response of the prime minister, Scott Morrison, to the escalating catastrophe was to embark on a holiday overseas as his country burned.

Some of the Earth’s largest land masses – Australia, Russia, the US, Brazil, China, India and Saudi Arabia – are governed by people who seem to care little for either humankind or the rest of the living world. To maintain their grip on power, which means appeasing key oligarchs and industries, they appear prepared to sacrifice anything – including, perhaps, the survival of humanity.

I know that the protesters who made 2019 the year of climate action will continue to step up. We will do all we can to focus the world’s attention on the greatest crisis human beings have ever faced. But with hostile governments blocking a collective international response to this emergency, the struggle will feel increasingly desperate.

I admit that I’m feeling quite close to burnout. I believe resilience is the most useful human quality, and I’ve sought to cultivate it, but in 2019 I felt my resolve begin to weaken at times as it has never done before. Part of the reason is doubtless my continuing health issues: the repeated complications and procedures that have followed my cancer treatment two years ago. Sometimes it’s hard to disentangle the external and internal sources of despondency.

For many people, there is no such separation. We now know that people living in heavily polluted places have higher levels of depression and suicide: air pollution has been implicated in brain inflammation and damage to nerve cells, both of which have been linked to mental illness. Research has also linked wellbeing with environmental quality: a recent study in Denmark suggests that people who grew up in places with plenty of green space have a lower chance of developing a psychiatric disorder than those who were surrounded only by artificial surfaces, even when all other factors have been taken into account.

I have tried to keep my eco-anxiety at bay, to box it into my working life. But every month this becomes more difficult. The rising sense of panic I feel is entirely rational; we should all be feeling it. But we can’t live with it through every hour of every day.

So my new year’s resolution is to spend more time on my sea kayak. It possesses almost miraculous properties: it is a four-metre, plastic rejuvenation machine. After a day on the water, ideally paddling as far as I can, sometimes until the coast is out of sight, I feel ready for anything.

But even across this experience a shadow now falls: my gathering awareness of what I should be seeing at sea, and its resounding absence. The shocking and distressing fact is that the waters around the UK were once among the most abundant on Earth, and are now among the least. Armies of bluefin tuna once stormed our coasts, harrying shoals of mackerel and herring many miles long. Halibut the size of barn doors and turbot like tabletops came into shallow water to feed. Cod commonly reached almost two metres; haddock grew to a metre. Plaice were the size of road atlases. Pods of fin whales and sperm whales could be seen from the shore, while Atlantic grey whales, now extinct, roamed our estuaries. Gigantic sturgeon poured up the rivers to spawn, pushing through traffic jams of salmon, sea trout, lampreys and shad. On some parts of the seabed the eggs of the herring lay six-feet deep.

Much of the sea floor was covered by a continuous crust of life: reefs of oysters and mussels, soft corals and sea pens, sea fans and sponges, peacock worms and anemones, stabilising the sediments and filtering the water column, with the result that our seas might have been crystal clear. The abundance of everything, if we were to transport ourselves back a few hundred years, would blow our minds.

Now, on some days, it’s a surprise to see anything. I might, if I’m lucky, spot a flock of shearwaters, skimming the waves with their velvety wings, a couple of gannets, a solitary razorbill, the occasional small bait ball. When I kayak in Cardigan Bay, in Wales, what I hope to find above all else is dolphins. Sometimes I do, and these days are the waymarks of my life. But my sightings seem to have become less common since scallop dredgers were allowed back into even the most “strictly protected” parts of the bay by the Welsh government, ripping up the seabed and destroying most of the life it harbours.

The same applies to nearly all the “marine protected areas” around the UK’s coasts. But these zones amount to little more than lines on a map. While 36% of England’s waters are theoretically set aside for wildlife, commercial fishing – which has by far the greatest impact on the life of the seas – is excluded from less than 0.1% of that area. In fact, the trawling intensity in “protected” zones is higher than in unprotected places.

Ten wildlife success stories to sing about in 2019

It’s all so stupid. Commercial fishing is by far the greatest cause of ecological destruction at sea, but produces less income and employment in the UK than the industries it wrecks. Recreational angling alone, which is perpetually threatened by the absence of fish, generates more jobs and money than commercial fishing. Whale and dolphin watching, diving and snorkelling would, if allowed to prosper, greatly enhance the livelihoods of coastal people. And this is to say nothing of the immeasurable improvements in the lives of everyone connected to a thriving, abundant living system.

If we stop dragging trawls and dredges through it, the life of the seas would recover with astonishing speed. Because most marine animals are highly mobile during at least one stage of their development, the rewilding of the seas needs little help from humans. But we could make a few useful interventions, such as the possibly crazy but wonderful idea once proposed by two researchers at the University of Central Lancashire of transporting Pacific grey whales to the Atlantic; and the less crazy but equally wonderful idea of reintroducing the Dalmatian pelican – a species that was native to the UK until the middle ages. Both species play a crucial role in marine food webs, and can fill our lives with wonder.

Recharging nature recharges the human spirit. In 2020, we could all do with some of that.

• George Monbiot is a Guardian columnist