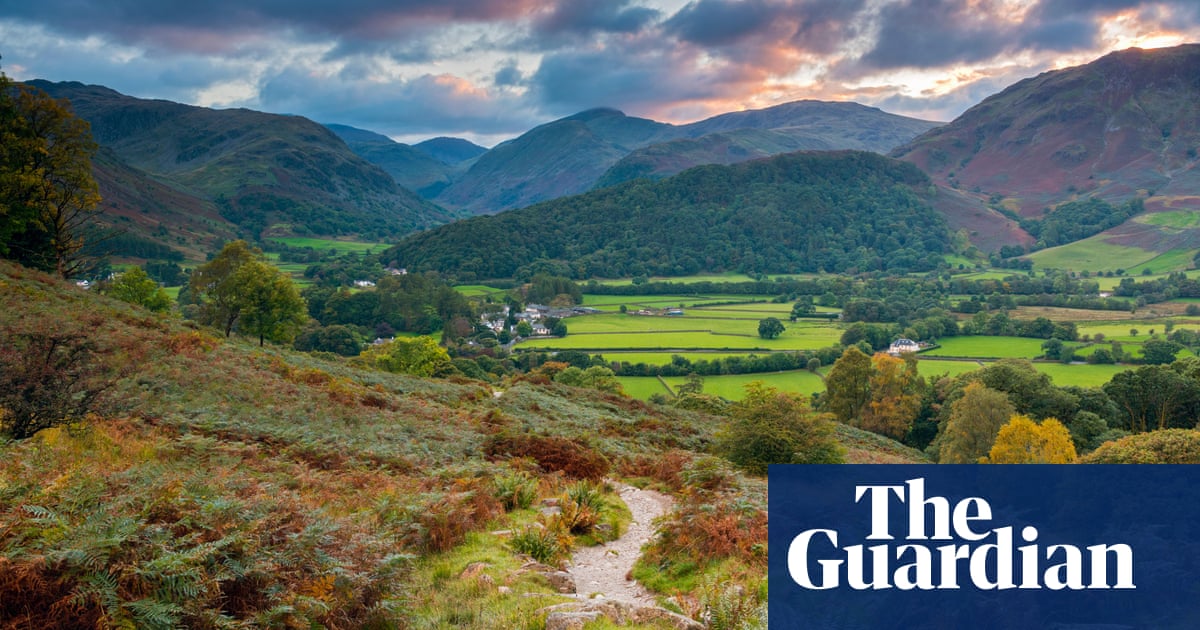 An hour a day of outdoor learning for primary school children and tighter restrictions on paving over front gardens are two of 80 nature policies proposed in a report commissioned by the Green party.

The recommendations set out in A New Deal for Nature are designed to protect wildlife and put biodiversity at the centre of government policy. Other suggestions include turning 20% of Britain into national parks and helping farmers devote 15% of their land to nature.

The report advocates for more green spaces in cities through the rewilding of hospital grounds, funded by car parking charges, and the creation of pocket parks to ensure no home is more than 1km from a wild green space.

The report was commissioned by Caroline Lucas, the Green party candidate for Brighton Pavilion, and produced by conservationists and nature writers including Patrick Barkham, who writes for the Guardian on natural history, Mark Cocker, Jake Fiennes, Jeremy Mynott and Helen Smith.

Cocker, an author and naturalist, said: “We don’t believe for one moment that it’s the last word on the future of nature in Britain, but we hope it’s a start, a way of thinking hereafter and hopefully in perpetuity about life in these islands and what has to change. Other species have rights to exist in our country and we are under a moral obligation to sustain them.”

The report recommends moving to pesticide-free farming by 2040, with research into alternatives to be funded by a pesticide tax, and phasing out artificial fertilisers over the same period.

To improve urban areas, it suggests planning permission should be required to pave over front gardens, and the use of materials that do not allow water to drain through should be banned.

Two million trees should be planted in cities, towns and suburbs by 2030, adopted by local schools and named by children.

A report in October by a coalition of more than 70 wildlife organisations and government conservation agencies said numbers of the UK’s most important wildlife had fallen by 60% since 1970, with a quarter of mammals and nearly half of birds assessed to be at risk of extinction.

Mynott, an author and birdwatcher, said: “Outside the Green party there are a few politicians who grasp the full dimensions of the nature crisis. We therefore present these proposals to the Green party in a mood of both hope and urgency, asking [it] to take a national lead on this as [it has] on so many other environmental issues, converting our proposals into tomorrow’s orthodoxy.”

The Green party’s manifesto already contains a number of policies similar to those recommended, such as the creation of a nature GCSE. The party would also plant 700m trees, encourage farmers to expand into forestry and use a tax on meat and dairy products to fund low-carbon farming techniques.

Lucas said she was confident her party’s manifesto offered the “boldest and best nature policies” but there was no room for complacency.

“While the climate emergency has rightly risen to the top of the political agenda, much less attention is paid to the crisis facing nature,” she said. “Nature needs to be at the very heart of the general election debate. Even more importantly, it needs to be much higher on the agenda for action in the next parliament.”

Joan Edwards, the director of public affairs at the Wildlife Trusts, said: “Public concern for the environment is higher than ever and thousands of people have been calling on politicians to stand up for nature and tackle the crisis it is facing head-on. It’s welcome to see a set of ambitious proposals to try to turn the tide on nature’s decline and give this issue the attention it deserves. We hope that all political parties will work together to support ambitious new laws in the next parliament that will secure nature’s recovery.”

Mark Eaton, the principal conservation scientist for the RSPB said: “All political parties should be making commitments to halting the loss of nature through policy, legislation and investment, and showing leadership to inspire matching action around the world.”