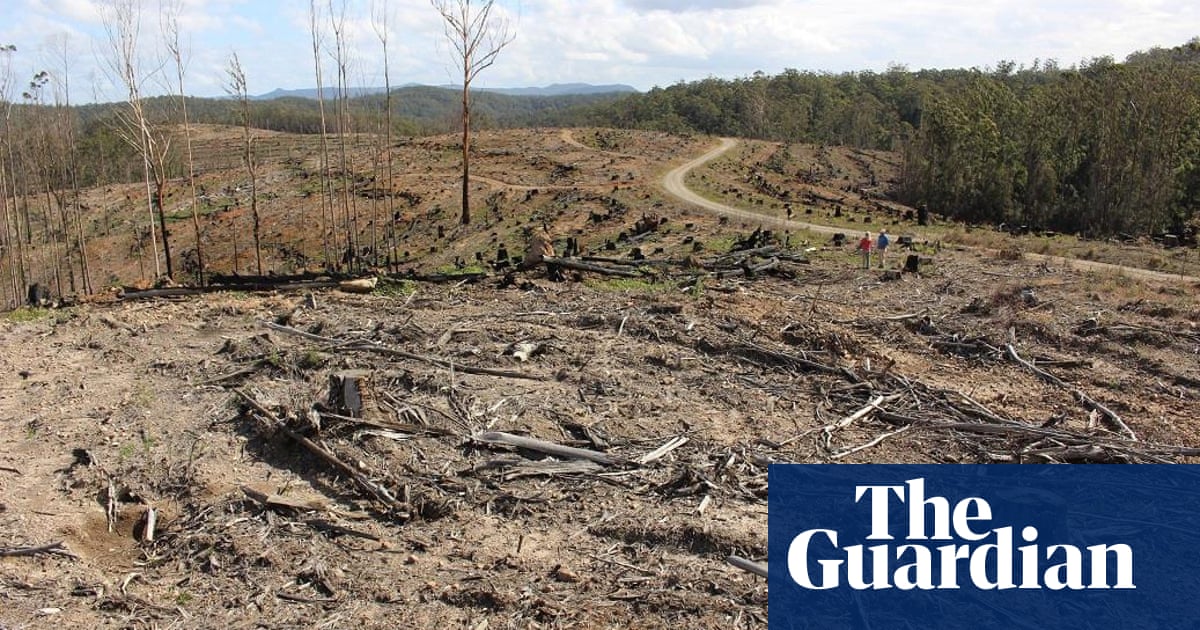 The New South Wales government is considering reclassifying old-growth forest to open up some protected reserves in the state’s north-east to the timber industry.

The Natural Resources Commission of NSW has been asked to remap and rezone old growth forest in state forest informal reserves that were previously off limits to logging. Environment groups are concerned the move is an attempt to unpick forest protections that have been in place for decades.

An NRC pilot study has already examined 13 sites in the north-east. In findings published last year, the NRC said it had identified “significant errors” in old growth forests maps. It drew up new maps that reduced the extent of protected old growth in those areas by 78%.

It is now embarking on a larger remapping exercise that would aim to rezone 14,600 hectares of old growth. A draft assessment will be published for public comment next month.

The remapping is to address a potential shortfall in the timber available for logging to meet contracts signed with Forestry Corporation NSW. The NRC identified the shortfall in advice it provided to the government in 2016.

Jack Gough, the policy and research coordinator at the Nature Conservation Council of NSW, said it was “a sneaky way to open up forests to chainsaws”.

“It’s clear that this process is being driven by a desire to access more wood and has nothing to do with a desire to protect our forests or protected species,” he said.

“The government are sending out signals that they want to improve their environmental record. It will not be possible for them to do so in the eyes of the public or conservation organisations if they reduce areas that have been protected for decades.”

In its pilot study, the NRC said work was still needed to verify that there would be a timber shortfall. It recommended rezoning proceed only if and when a shortfall was confirmed. A similar remapping process is also under way on private land in the state and that has already opened up some areas to logging that were previously protected.

The independent upper house member, Justin Field, has written to the premier, Gladys Berejiklian, and the ministers Rob Stokes, John Barilaro and Matt Kean calling for the remapping process to be halted until there was an independent review of “the supposed wood supply shortfall”.

Fields said the government could not hope to create a meaningful environmental legacy if it allowed logging of protected old growth forests. “This process looks to be sacrificing environmental values and gifting some of our most precious native forests to the loggers,” he said.

“This is a significant breach of faith with the community and environmentalists who worked with the government and the forestry industry decades ago to agree to preserve these special areas.”

Environment groups said the NRC’s remapping in the pilot study was based not on the ecological value of the forests but on evidence of comparatively minor environmental disturbance such as fence lines, historic logging or weeds.

“Forests like this are paradise for native wildlife because lots of our most threatened species need big trees with hollows,” he said, adding: “It’s abundantly clear that these forests have huge ecological values, and as such they must remain protected.”

A NSW government spokesperson confirmed the remapping work was under way and said the government was committed to both maintaining timber supply and protecting the environment: “Initial mapping of the state’s coastal old growth forests in the 1990s was subsequently found to be inaccurate and unreliable. As such, the Natural Resources Commission has been asked to reassess the landscape to gain more accurate information.”

The NRC will submit a proposal to the government in November after public consultation.