Why Global Citizens Should Care
Global Citizen campaigns on the UN Global Goals including Goal 3 for good health and wellbeing, which is aimed at ensuring access to quality healthcare for all people. You can join the movement by taking action here to support this goal.

Paulo de Valdoleiros is finally living his dream of being a doctor after graduating at the age of 51 — and for many South Africans who can’t afford private healthcare, his dream is turning out to be a life-saver.

Born in Portugal, de Valdoleiros’ family moved to South Africa from Mozambique in 1974 when he was 14.

Even though he has always wanted to be a doctor, his family could not afford to send him to medical school.

“We lost everything so this was all a new start for us,” he tells Global Citizen.

Instead, he worked in the finance sector and eventually owned a small furniture store in Roodepoort, west of Johannesburg.

He registered as a medical student with the University of the Free State in 2006.

But even then, his dream still wasn’t quite within reach. In this case, he had to first do an extended year of the degree before officially becoming a first year medical student in 2007.

Despite the challenges, de Valdoleiros always believed that he was destined to be a doctor, and making this leap of faith from a business owner to a student didn’t not faze him.

“I believe that this is my calling, so when I turned 45 I told myself that I don’t want to die without having tried,” he continues.

He graduated in 2011, and completed his internship in the Free State before moving to do community service in small villages around the North West province in 2014.

“I ran a private practice in Bloemfontein in 2015, and then moved it to Johannesburg in 2016,” he says. “But the image of all the people who get turned away at hospitals pushed me to move back to Bloemfontein and work on helping my community.”

Since opening his private practice in Westdene, Bloemfontein, in June 2019, de Valdoleiros has become known as the “Walk-In Doctor” — because he lets his patients pay whatever they can afford.

“For me, it’s all about the individual. I want to impact people’s lives and get them on their feet,” he says, adding that he believes that a person’s position in society shouldn’t determine whether they live or die.

In South Africa, a country where 56% of the population lives below the poverty line —  R992 per month — de Valdoleiros is providing a much-needed service.

South Africa’s public healthcare system is not currently equipped to meet the demands of all people who need medical attention.

The World Health Organisation (WHO) recommends for one clinic or hospital to service 10, 000 people.

However, Brand South Africa reports that the country only has a total of 4,200 public clinics and hospitals that each service about 13,700 people. Meanwhile, only five out of 696 public health facilities managed to meet the 80% “pass mark” set by the Department of Health.

An investigation conducted by the Office of Health Standards (OHS) in 2016/17 found that these clinics and hospitals did not meet the cleanliness and safety requirements, in addition to a lack of availability of medicines and supplies.

This puts the 30 million South Africans living in poverty at an extreme disadvantage as they cannot afford private healthcare.

“Healthcare, like food and oxygen is something you can’t live without,” de Valdoleiros says.

He also doesn’t have a strict consultation schedule. “Patients can walk in without an appointment, or make one if they wish.”

Upon arrival, they complete a form that asks questions related to their previous health history, with the help of our well trained staff,” he explains. 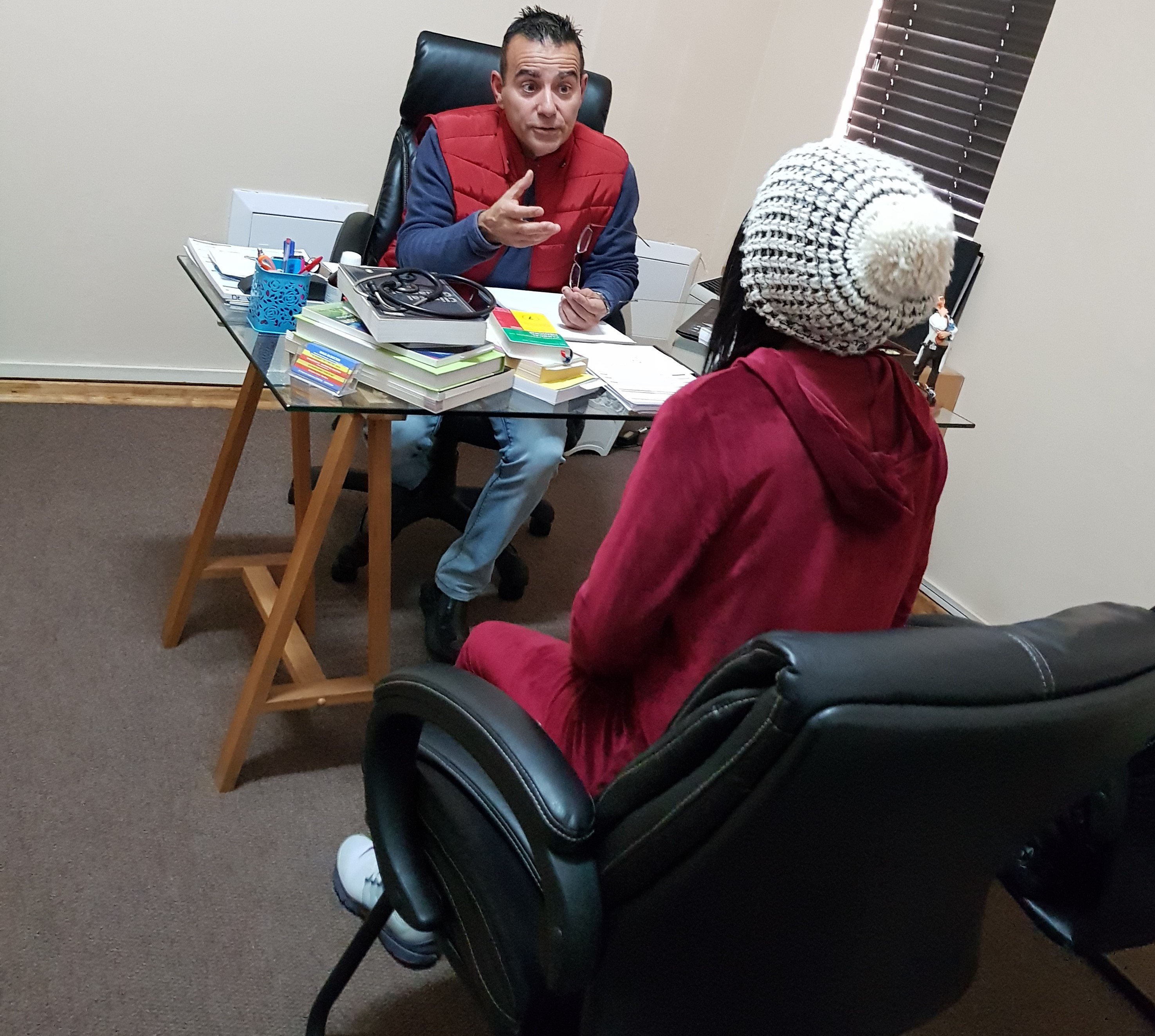 During an examination, de Valdoleiros spends time teaching patients how to take better care of themselves.
“Transparency is important. People need to know how their bodies work and what they can do to stay healthy,” he says.

Vitally, he also doesn’t charge them for medication.

For de Valdoleiros, healthcare is not a job like any other.

“This is about delivering a service, you can’t only spend five minutes with a patient,” he says, stressing the importance of paying attention to patients’ needs. “Simply giving you tablets does not solve the problem, we need to get to the cause of your pain.”

Meanwhile, the question that he says many people ask him is how he makes money — but the doctor says people’s wellbeing takes priority over profits. The money he gets from patients helps cover the costs of medication and paying his staff.

“I have to adjust my life to whatever income I get, if it means that I have less plants for my garden then so be it,” he says.

De Valdoleiros’ passion has also inspired an Uber driver from Cape Town to start raising funds for his practice.

After reading about the doctor, Sammy Bala started a crowdfunding campaign last month with the aim to raise R1 million ($72,200) to support de Valdoleiros. So far, the campaign has already raised over R25,000 ($1,800).

“What I hope to get from all this publicity is that it will provide me platforms to impact more lives, like speaking at schools or sharing information about women’s health,” de Valdoleiros says.