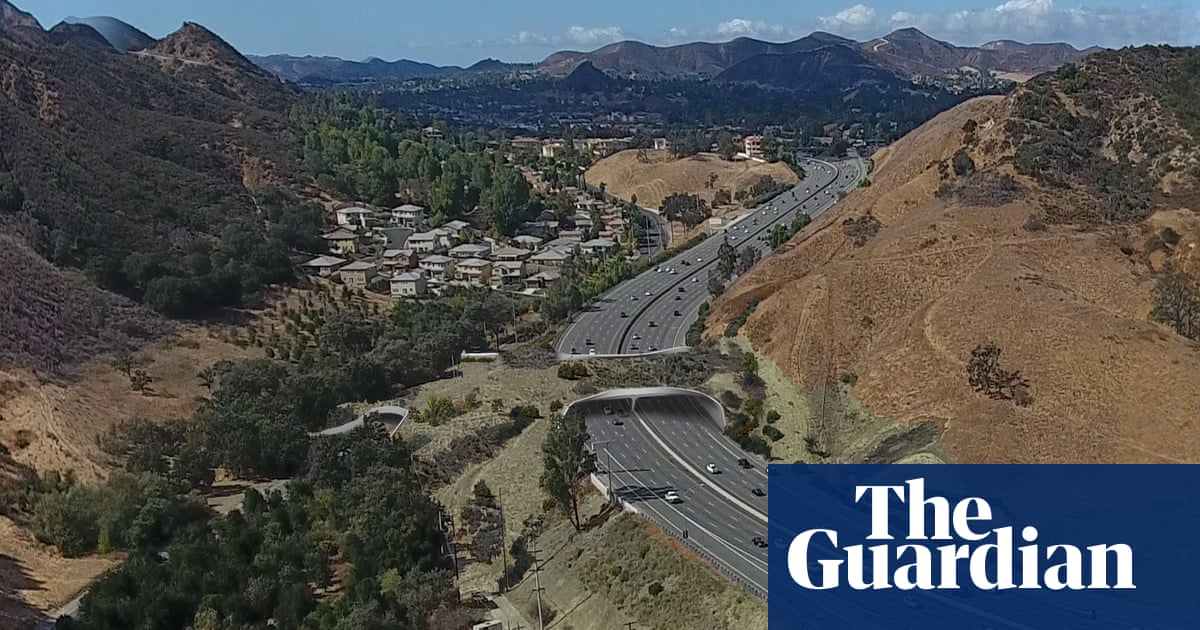 Engineers in southern California are hard at work designing the biggest wildlife corridor in the world, to extend over US Highway 101 to the north-west of Los Angeles.

The corridor will connect different parts of the Santa Monica Mountain chain, which is crucial to the future of mountain lions – but it will help other species as well. The $87m bridge has entered its final design phase and is on track to open in 2023.

“This ecosystem needs to be reconnected for all wildlife,” said Beth Pratt of the National Wildlife Federation, explaining that animals could roam through different parts of the mountains until humans cut them off with giant roads. GPS tracking shows that the animals are largely isolated in their own small areas, unable to mingle. “Segmentation impacts animals both large and small: lizards and birds up to mountain lions.”

Mountain lions, in particular, are having a hard time. Populations of mountain lions cannot socialize for mating and a report published this year warned that mountain lions in southern California were at risk of going extinct within 50 years if their genetic diversity was not increased.

“This is an animal that is particularly beloved in California,” Pratt said, adding that California is the only state that doesn’t allow mountain lions to be hunted for sport. “We want these animals on the landscape, and the population will go extinct if we don’t do something soon.”

The National Park Service has been doing research at the site of the corridor for almost twenty years, but talk of a tunnel or crossing got serious a decade ago, said Pratt. That idea has quickly gained steam: the corridor has raised $13.4m from private donors. “It’s been a long legacy with all our partners but this current push for a structure – and an overpass – has moved quickly.”

The designers chose to create a bridge surrounded with brush and trees, extending 165 feet over a 10-lane freeway. It’s designed to blend into the mountains so animals won’t realize they are on a bridge at all. “The science tells us this is the better design,” said Pratt. “Some animals will use tunnels, some will not. We looked at the best solution for all wildlife so all creatures can use this.”

Tunneling under 10 lanes of pavement and an access road would also have been more expensive.

The project has received attention from Kansas to Hong Kong. Leonardo DiCaprio has been a supporter. And during the public comment period, there were 9,000 positive comments and 15 negative ones.

Pratt sees the project as aspirational. “We’re doing this in LA, a city of 4 million people,” she said, with 300,000 cars traveling under this particular stretch of freeway every day.

“If LA can do it, it can work anywhere. Even in a giant city, we’ll make a home for a mountain lion.”