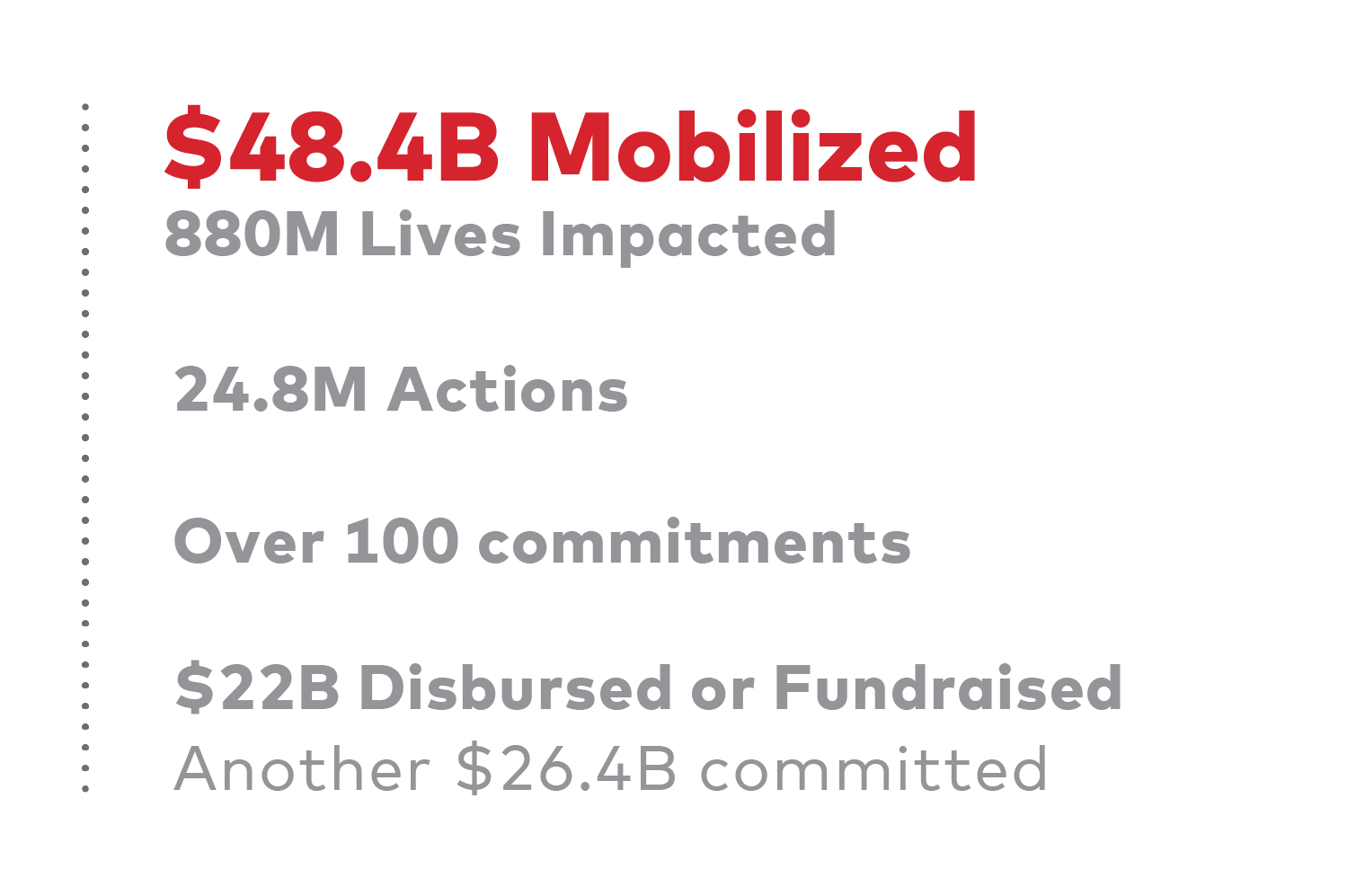 Today, there are over 736 million people suffering from severe deprivation of basic human needs, including food, safe drinking water, sanitation facilities, healthcare, shelter, and education, who are living below the international poverty line of $1.90 per day.

But we have good news to share — your actions are making a difference. As part of the Global Citizen movement, you’re inspiring change makers to come together and act in support of the 17 Sustainable Development Goals, which are a framework to end extreme poverty by 2030.

Since 2009, Global Citizen has leveraged the power of governments, artists, corporations, NGO partners, and civil society with one common goal: to end extreme poverty. We focus our campaigning on key Sustainable Development Goals, which we believe can result in the most impact for people who are living in extreme poverty. These are Health, Education, Food & Hunger, Water & Sanitation, Environment and Gender Equality.

And since 2009, Global Citizens have taken over 24.8 million actions; those actions, combined with high-level advocacy work, have resulted in over 100 commitments made by governments, multilateral institutions and corporations.

These commitments, are worth $48.4 billion. Of this total, $22 billion has already been disbursed with another $26.4 billion are set to be released in the upcoming years. That’s a total of 45.4% of funds raised that has been released to affect 880 million lives.

What does it mean, “to affect 880 million lives”? It means that actions taken by Global Citizens have resulted in 880 million interventions that have taken place in people’s lives that will help them lift themselves out of poverty. For example a person might receive a life-saving vaccine; or a child who is living in crisis, due to natural disasters or man-made war, may get access to education.

Since it is the number of people who benefit from an intervention, and multiple interventions are necessary to end extreme poverty, it is highly likely someone would receive more than one intervention due to Global Citizens’ action. For example one person can receive two vaccinations that can significantly impact their quality of life and help lift them out of poverty. This number is calculated using a variety of trusted, publicly available sources as well as working with our partners on a stringent methodology.

Global Citizen is committed to accountability reporting to track the actual impact achieved by all new commitments that are made on a Global Citizen platform. This process underpins the organization’s core campaigning and is fundamental to building and sustaining support for structural impact at the policy level by calling out world leaders and holding them accountable to adhere to their policy and financial commitments.

Data current as of October 2019