Why Global Citizens Should Care
The United Nations encourages people around the world to reduce their meat consumption to promote the health of the planet. Plant-based meats are spurring changes in the global food system that could have major environmental benefits. You can join us in taking action on this issue and more here.

In its latest round of funding, Impossible Foods raised $300 million from a range of investors, including a number of celebrities and global citizens, according to a press release.

The outpouring of support from public figures shows the mainstream success of Impossible Foods, which makes the wildly popular Impossible Burger, a vegan patty that tastes and bleeds like beef.

“We have cracked the molecular code for meat and built an industry-leading intellectual property portfolio and brand,” said David Lee, chief financial officer for Impossible Foods, in the press release. “Our global financial partners are supporting a technology powerhouse that will transform the global good system.”

Restaurants including Burger King, White Castle, and Bareburger carry Impossible Burgers and in recent months the company has been unable to meet skyrocketing demand for the patty. 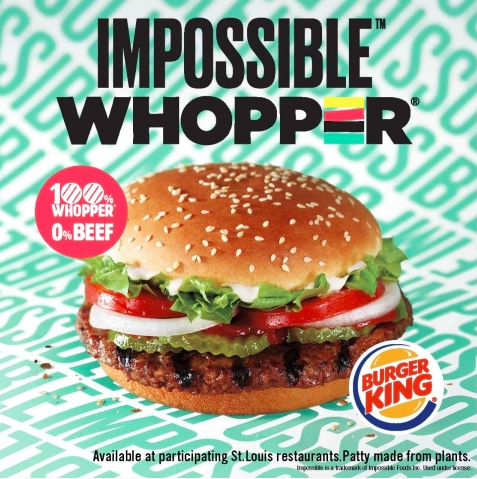 Read More: 9 Reasons Why Plant-Based Meat Is the Food of the Future

Impossible Foods plans to use part of the investment to build a new production facility to ramp up its supply, but it anticipates that it will take a while before it can handle the influx of requests.

The company has raised $750 million after five rounds of equity funding so far. Its chief competitor, Beyond Meats, recently went public and shattered expectations with a massive initial offering.

The market for meat alternatives is still in its infancy and analysts predict that it will grow by many factors over the next several years.

People are primarily turning to meat alternatives like the Impossible Burger to cut down on red meat consumption for health reasons.

Read More: Why Beyoncé and JAY-Z Really Want You to Go Vegan-ish

“The information is hard to ignore,” Beyoncé said in a statement after calling on fans to cut down on meat. “The benefits of a single plant-based meal a day can have such a profound impact on our health and the environment, spanning from cutting carbon emissions to conserving water. We want to challenge you as we challenge ourselves to move towards a more plant-based lifestyle and acknowledge you for standing up for your health and the health of the planet.”