Long before he founded the Institute of Public and Environmental Affairs (IPE), Ma Jun was a trailblazing investigative environmental journalist in China. His groundbreaking reporting on the mounting environmental crisis there pulled back the veil on the true costs of China’s rapid economic growth. Despite the risks, he dared to hold the powerful interests of both business and government accountable.

“We’ve seen massive economic development in China and this has literally put hundreds of millions out of poverty, but the environment has paid a heavy price with all this air pollution, soil pollution, and health hazards,” said Ma, who founded IPE in 2006. “Our mission is to bring back our blue skies and clear waters in China.”

A decade ago, a climate of weak enforcement prevailed, and companies preferred to pay fines than comply with environmental restrictions. Ma began collecting publicly available data to piece together a picture of where the degradation was the worst across 120 cities—where the health impacts were greatest. From that initial effort of transparency through information disclosure, an array of environmental protective initiatives has grown. IPE has built databases to track water pollution, air quality, and global supply chains of major international brands.

These databases in turn become publicly accessible with web-based mapping technology. The Green Choice Alliance—launched by IPE with 20 other NGOS—has driven many influential companies to embrace environmental sustainability through supply chain management. Among the 267 international companies engaged by the Green Choice Alliance are Apple, Levi’s, Nike, Target, and Walmart—some of the world’s biggest brands. Through work with IPE, Apple has since adjusted their practices, pushing many suppliers to substantially improve their environmental performance.

In 2015, more than 550 enterprises contacted IPE directly concerning their environmental supervision records, with 145 enterprises carrying out active measures for improvement in pollution control, energy savings, and emissions reduction. “It’s a highly competitive market, but one-by-one our open and transparent green supply chain management tool started to be used by all these brands,” said Ma. “Many leading brands have integrated this into their sourcing code.” 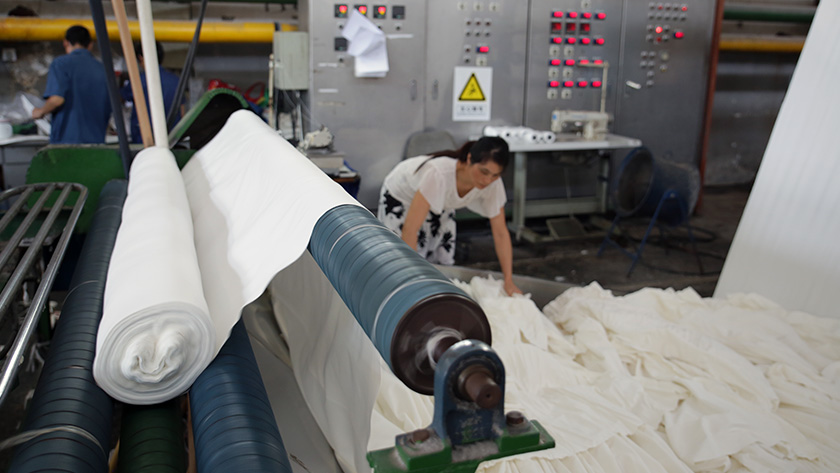 In 2011, with China’s air quality at its poorest, IPE launched it Air Quality Transparency Index to give the public a powerful tool with which to advocate for clear skies and push the government to improve standards. On March 28, 2013, IPE along with other 25 social organizations in China jointly called for the comprehensive disclosure of pollution-source information, including the disclosure of real-time, online monitoring data of key polluting enterprises and the full text of EIA reports.

“The central government over the past two years has sent thousands upon thousands of inspectors to local regions to penalize factories and officials failing their duties,” said Ma. “They’re paying a lot more attention. The enforcement is getting stronger and at least there’s a chance for the public to access the information.”

Ma knows that the efforts of IPE alone won’t save China from environmental peril. “It’s just a drop in the bucket, our efforts compared to the magnitude of the problem,” said Ma. “If we really want to make a difference, we need scale up our efforts.”

His father taught him how to swim in his local river and he’s working toward the day when he can do the same with his own kids. “The rivers have been running black and dirty for many years,” said Ma. “But some started having fish come back for the first time in decades.”