England needs to build 150,000 homes per year in the next 20 years. Some 60,000 of those need to be social homes to meet demand, yet we’re currently building only a tenth of those. The shortage of affordable housing stock means prices of both buying and renting are rising. Combined with rising second home ownership, this is leading to communities being priced out of their neighbourhoods.

It’s not an exaggeration to call this a housing crisis. But people are increasingly taking the matter into their own hands. Many choose to create a Community Land Trust (CLT), a form of community-led housing, set up and run by ordinary people to develop and manage homes or other assets. CLTs are charitable organisations (often set up as community benefit societies) that act as long-term stewards of housing, ensuring homes are genuinely affordable and remain affordable, forever. The rent they charge is equal or less than the social rent established in their local area, for example, in line with the local authority or local housing association rents.

Originating in the US, the CLT model has rapidly expanded over the last 10 years in England. (It has also been adopted – but is still in its infancy – in Belgium, France, Italy and Australia.) In 2008, there were only 16 CLTs in England and Wales. Ten years later, there are now nearly 300, half of which were formed in the last two years alone.

Recent research commissioned by Power to Change suggests that CLTs, as well as other community-led housing groups (housing co-operatives, co-housing groups and others) are planning to build nearly 6,000 community-led homes in the next few years in England alone. All this while the CLT model is still emerging – just imagine the potential impact when it’s better resourced and more widely known.

Community-led housing groups are planning to build nearly 6,000 homes in the next few years in England alone

A new CLT usually needs finance to register the organisation, secure a land or property, draft legal agreements with landowners and secure planning permission. Later, it needs money to develop or refurbish properties.

CAF recognised this need back in 2008. Through our social investment arm, CAF Venturesome, we’ve set up two successive funds since 2008 to provide a long-standing source of repayable finance to CLTs. Thanks to philanthropic capital from the Esmée Fairbairn Foundation, the Nationwide Foundation, the Tudor Trust, CAF and individual philanthropists, our two funds have been able to offer 57 social investments, totalling over £4.4m to 33 community groups, covering both pre-planning and development stage.

CAF Venturesome’s CLT Fund offer is unique: it’s the only source of early-stage repayable finance for CLTs, which are deemed high risk for most lenders.

Our fund takes that into account, with conditions to reduce the risks for CLTs if their scheme is not able to proceed: we offer to write off the loan if planning permission is rejected.

In independent research we commissioned, investees said the Fund gave them confidence and courage to get started, and they welcomed the financial and technical support we were able to provide. It also reassures others: one group for example, found that “the landowner took them seriously, because they had the power to buy… that’s really important.”

Our CLT funds will contribute to the building of 524 affordable homes in total (with 105 homes already completed and occupied).

But this is about more than construction. Community-led housing schemes enrich communities and breathe new life into areas by offering affordable homes to those who’d otherwise be priced out.

For example, our CLT Funds recently invested in a scheme in St. Ives, Cornwall. The scheme will build six houses in the centre of a town where 80% of properties are second homes, leaving little affordable accommodation for local people (such as hospitality workers). In London, we’ve supported CLTs aiming to provide affordable accommodation to teachers, nurses, charity workers and others who currently spend up to 65% of their income on rent.

More broadly, we believe community-led housing schemes empower people and can strengthen community resilience, combat loneliness, create support networks and develop new skills. Evidence of the above remains anecdotal. The newly- launched Community Led Homes website aims to collect and aggregate impact data, but the sector as a whole needs to do more to gather robust evidence of social impact – from financial inclusion, to building community cohesion and resilience.

From grassroots to the mainstream?

Community-led housing remains under-utilised. A recent report we commissioned, Helping Communities Build, highlights that it’s being held back by two things: access to affordable land and access to finance at pre-development stage.

So what can be done? CLTs and other similar schemes need much more support. The Government’s Community Housing Fund is a start, providing £163m of funding, but it’s due to end in March 2020, after just 18 months. Many community-led housing schemes are either not eligible or – in most cases – need much more funding than what’s on offer. Funders and lenders should work more closely together to make finance accessible and affordable to a wider range of community groups.

We believe there is immense value in patient, flexible finance, made possible by philanthropic capital and provided alongside expert support. While our current CLT Fund II runs until August 2019, we are relentlessly exploring innovative ways to provide additional finance to community-led housing groups at early stages. For instance, we are currently piloting blended finance with Power to Change, offering grants alongside our pre-development loans.

What happens after August? We have ambitious plans to continue supporting the movement, and are hoping to launch another fund with a wider scope to respond to increasing demand. Watch this space…

Header photo: A new home in St. Teath, Cornwall, built with social investment from CAF Venturesome. Cornwall CLT is one of the most progressive and successfulcommunity land trusts in England, delivering or enabling over 150 affordable homes and advising other CLTs and local groups who want to do the same 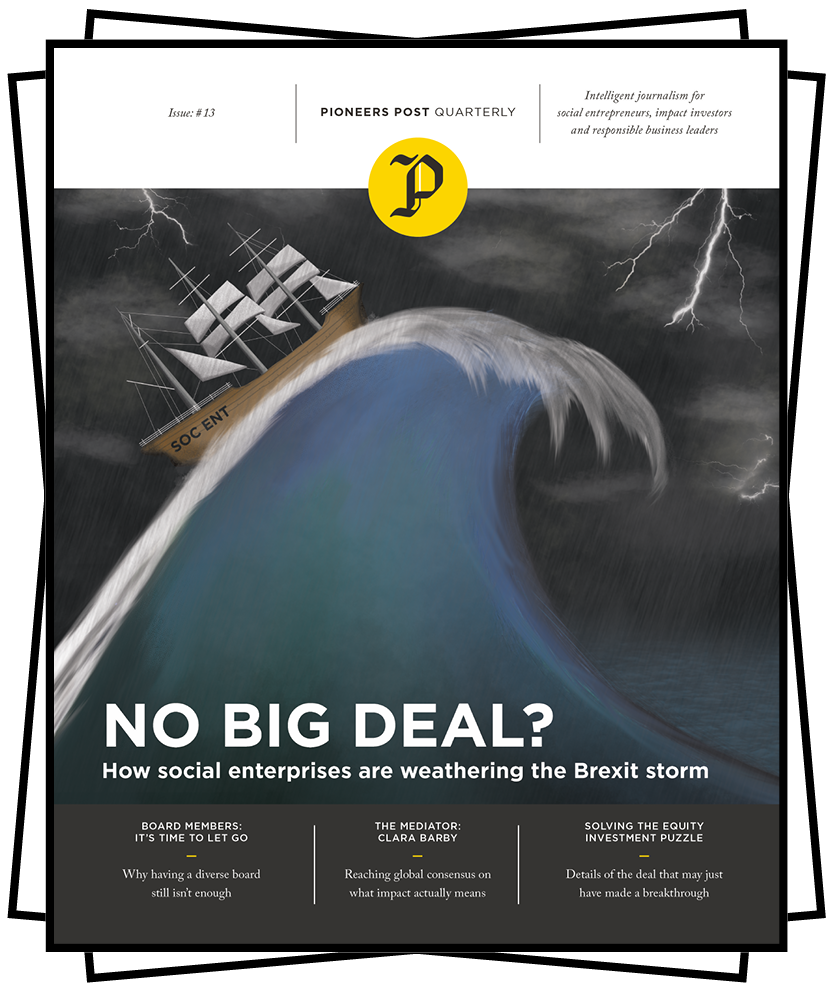