Why Global Citizens Should Care
The Australian bushfires could be the new normal as climate change intensifies around the world. Global Goal 13 calls for urgent action to help combat climate change and contain these devastating events. You can join us in taking action on related issues here.

Australia’s nation-wide bushfire crisis has been devastating. With 25 lives lost, 63,000 square kilometres burned, and an estimated 1 billion animals killed, this ongoing disaster has proven to be one of the most alarming and dangerous examples yet of the effects of our changing climate — and it resulting in hotter, drier, and longer fire seasons.

Australia’s capital city, Canberra, has been topping global air pollution indexes for weeks now as a result of the smoke from bushfires along the New South Wales South Coast.

These events, while tragic, have demonstrated how quickly people can come together in the face of a disaster, to help in any way they can. Australian comedian Celeste Barber’s Facebook fundraiser is the perfect example of this spirit, as it has raised an incredible $41 million (and counting) for Australia’s regional fire authorities — a far cry from Barber’s initial goal of just $30,000.

This generosity has been overwhelming, with some food banks and other community services requesting that food and goods donations stop in favour of cash contributions.

The urge to help is natural and people across the planet are eager to lend their hand in response to the fires. Here are a few ways you can immediately have a positive impact.

Victoria’s Country Fire Authority (CFA), like the RFS, is a volunteer force fighting fires in Victoria. Instructions on donating can be found here.

The NSW Wildlife Information, Rescue and Education Service (WIRES) is at the forefront of managing the response to the immense and devastating loss of wildlife during the fires, including helping injured animals. You can make a donation through their official Facebook fundraiser here.

The World Wildlife Fund (WWF) has established a dedicated fund to support koalas in the wake of the fires. You can donate here.

The Red Cross is one of Australia’s largest organisations focused on providing immediate relief on the ground to people experiencing disasters and those who are in crisis. They are also coordinating evacuation centres around the country.

2. Help Those Directly Affected by Fires 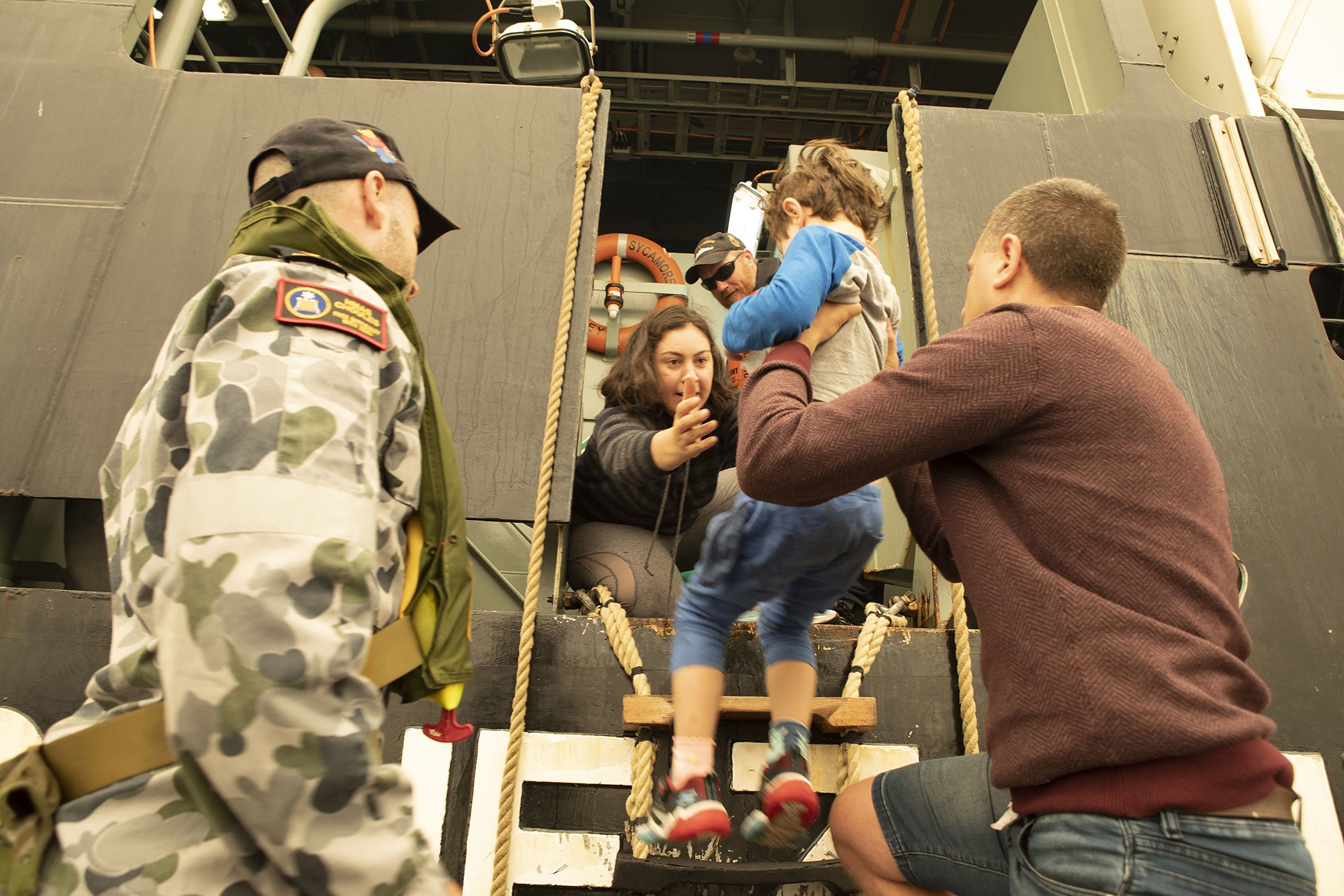 Evacuees board a navy vessel on Jan. 3, 2020, in Mallacoota, Victoria, Australia. Navy ships evacuated hundreds of people from beaches and tens of thousands were urged to flee before heat and winds worsen Australia’s already-devastating wildfires.
Image: Australia Department of Defense/AP

If you’re not able to make a cash donation, you may be able to help with the donation of food or goods. You can contact a local food bank or Salvation Army store to check what is most needed, but in some cases, donation centres are already fully stocked.

For the towns that have been ravaged by fire, the journey to rebuild their communities will take months or, for some, even years. Tourism and small businesses are the lifeline of many of these communities, which was highlighted in this Facebook post that has been shared over 36,000 times. It calls on travellers to visit these towns once it is safe to do so and stay in their hotels, buy from their shops, and support the businesses who will be trying to get back on their feet.

You can have the same impact from the other side of the world thanks to the #spendwiththem initiative — an Instagram account set up by Australian athlete, author, and bushfire survivor Turia Pitt. It seeks to showcase Australian businesses in bushfire-affected communities and encourages people to spend their money where it is needed most once the immediate crisis has passed.

It’s also worth keeping an eye on your favourite brands and using your buying power to support Australian businesses who have stepped up to make their own contributions to the effort. Global Citizen partner Citi made a $100,000 contribution to the Red Cross, while others like CommBank and NAB have set up disaster relief funds, which makes money available to fire-affected communities through grants and debt relief.

Countless other brands, retailers, cafes, pubs, and venues have all committed to donating a portion of their profits to bushfire-related causes. Check out your favourite brands’ social media pages and buy within their donation window to lend your support. 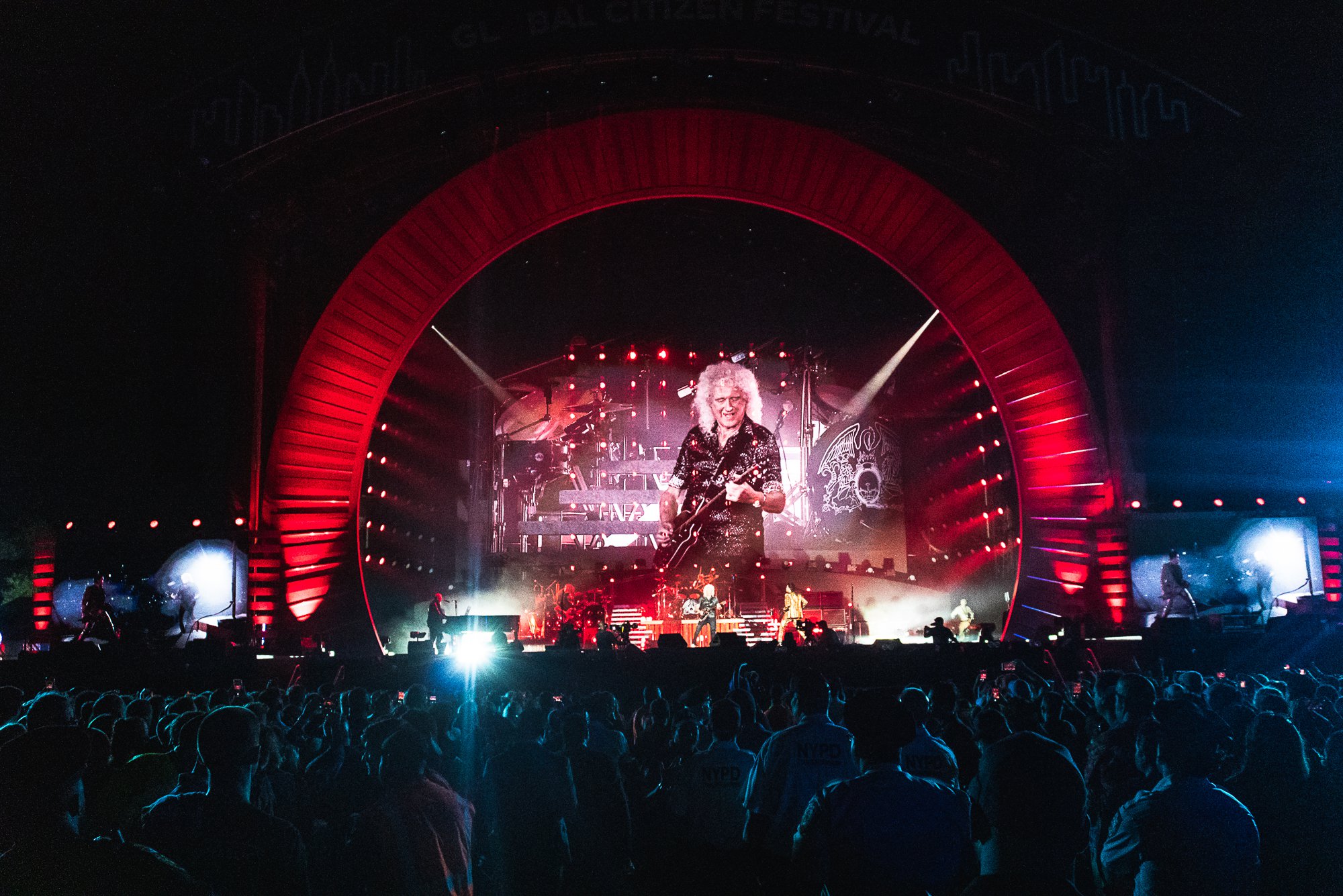 Global Citizens have long understood the power of music to unite people and to call for action on important issues. In the face of the crisis, the Australian music industry is responding. Promoters TEG Dainty and TEG Live have announced a massive fundraising concert in Sydney on Feb. 16, with Queen + Adam Lambert expected to be announced as the headliner.

Australian singer Tones and I, children entertainers The Wiggles, and others have all announced their own fundraising shows in recent days. Plenty of artists are also donating proceeds from their merchandise sales — check your favourite artists’ websites and social media accounts to see how you can get involved with them.

5. Educate Yourself and Support Your Community, Wherever You Are

It can be easy to feel disconnected from the bushfires in Australia from the other side of the world — as well as overwhelmed. But there are some great resources out there if you want to learn more about the scale and impact of the crisis beyond the fires themselves. The Guardian Australia has an interactive map that is updated regularly showing the total area burned, overlaid on different capital cities.

Checking in with your family and friends, having conversations, and sharing your reactions and feelings can also be invaluable. UNICEF Australia published this helpful article on how to comfort and talk to children about the emergency.