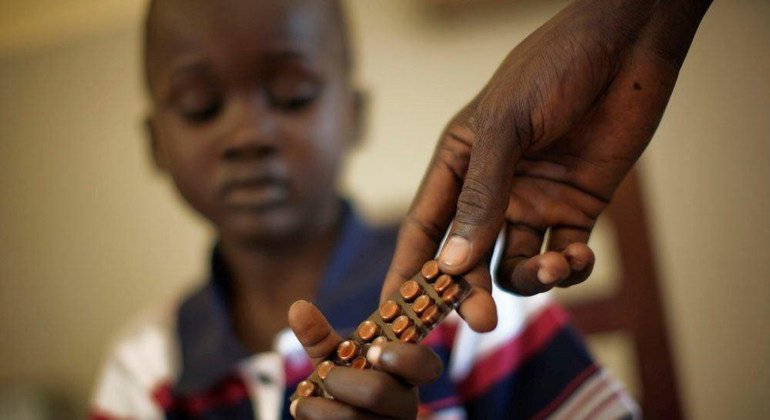 The commitments were made on Thursday at the Global Fund’s Sixth Replenishment Conference held in Lyon, France.

“I welcome the commitment made by so many donors under the auspices of France to fully finance the Global Fund for the next three-year period”, said Tedros Adhanom Ghebreyesus, Director-General, of UN health agency, WHO.

“This is critical to provide individuals and communities with the health interventions they need to prevent, diagnose and treat HIV, TB and malaria and to build better and stronger health systems”, he added.

Peter Sands, Executive Director of the Global Fund, said that “everyone in the room today felt the power of a global community coming together to say in one voice: ‘We will end these epidemics’”.

The international partnership raises, manages and invests money to support programmes in more than 100 countries that address the three diseases, mostly in sub-Saharan Africa.

The Fund reported that many donors at the conference stepped up their pledges, citing the urgency to take decisive action.

For example, the United States will provide $1.56 billion a year, maintaining more than 30 per cent of all contributions. France’s pledge of $1.29 billion included an extra $60 million announced by President Emmanuel Macron in a final push to meet the overall $14 billion target.

Private donors also pledged more than $1 billion, which is a Global Fund first. The Bill & Melinda Gates Foundation led efforts with a pledge of $760 million, while (RED) pledged US$150 million, alongside supporters such as Comic Relief, prominent businessman Sri Dato Dr Tahir, and the global pharmaceutical company, Takeda.

Maurine Murenga, who was diagnosed with HIV in the early 2000s, and who serves on the Global Fund Board, thanked all partners for recognizing the need to focus investments in programmes that specifically address the disproportionate effects of HIV on women and girls.

“Those of us who survived HIV are here thanks to the Global Fund, but millions are still dying unnecessarily because they cannot access these life-saving programs,” she said.