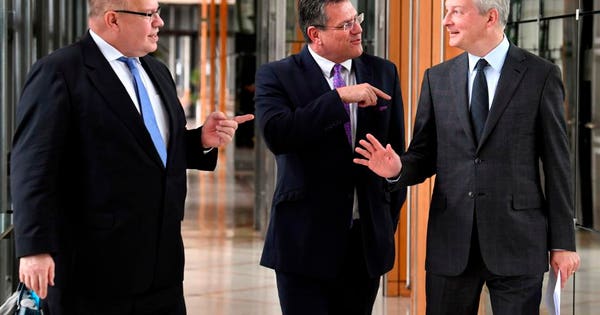 The lack of a reliable battery technology that can alleviate “range anxiety” for electric vehicles has held back their development. Today France and Germany formed a partnership to invest in finding a solution.

Announcing the consortium in Paris, the French and German finance ministers said €5-6 billion ($5.6-6.7 billion) would be invested in the project.

Four billion of that is expected to come from European private companies, mostly automakers and energy firms. European automakers have been hesitant to make big investment in electric vehicles so far.

The European Commission has encouraged national governments to increase investment in the area, noting with concern that Europe is falling behind in electric vehicle development because of its failure to make advances in battery technology. Asian countries have taken the lead.

Speaking at a press conference, French finance minister Bruno Le Maire said the investment “shows Europe is not fated to depend on technological imports from the two powers that are the United States and China”.

Le Maire was speaking with German finance minister Peter Altmaier and Maros Sefcovic, the EU Vice President for Energy. Sefcovic said Europe is capable of having its own battery production in place within five years if it acts now on investment. The EU will contribute €1.2 billion in public subsidies for the project, subject to approval by a majority of the bloc’s 28 national finance ministers in October.

The announcement came as the EU held its third political meeting of the European Battery Alliance since it was launched in October 2017. The platform is made up of the European Commission, certain EU countries, the European Investment Bank, industry stakeholders and research and development experts.

Other consortia have been launched in the context of the alliance, including a cooperation between Sweden, Finland and Portugal on raw materials; between Belgium and Poland on chemicals; between Sweden, France, Germany, Italy, and the Czech Republic on battery cell production; between Belgium and Germany on recycling; and between automakers in Germany, France, Spain and Slovakia on battery pack, software, machine tools and engineering.

According to InnoEnergy, €100 billion has already been announced and are being invested in flagship projects covering the entire supply chain.

“I can tell you that our non-European competitors are getting worried,” Sefcovic told a meeting of the alliance in Brussels on Tuesday. “But at the same time, we cannot be naïve, as we are catching up slowly.”

One of the first projects for the Franco-German consortium will be a pilot factory with around 200 employees in France which will open in the coming months.