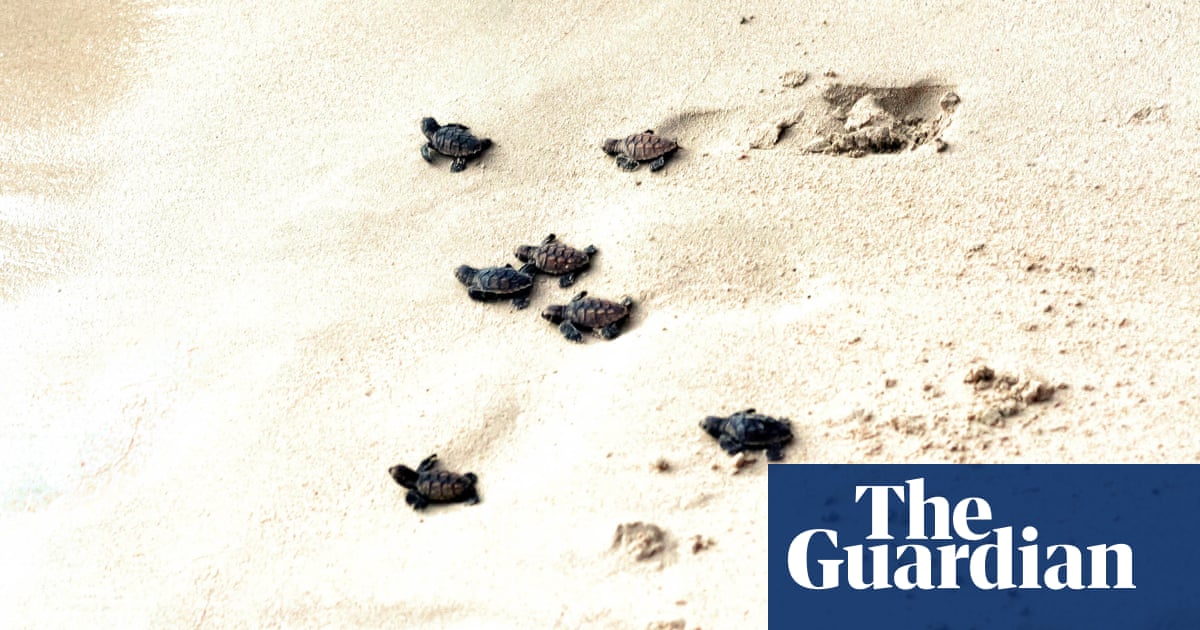 Nearly 100 critically endangered sea turtles have been born on a deserted beach in Brazil, their first steps going almost unnoticed because of a coronavirus lockdown prohibiting people from gathering on the region’s sands.

The 97 hawksbill sea turtles – or “tartarugas-de-pente” as they are known in Brazil – were born last Sunday in Paulista, a town in the northeastern state of Pernambuco.

Photographs taken by government workers – the only ones to witness the births – showed the tiny creatures making their way off the unpeopled sands and into the Atlantic waves.

Locals have been forbidden from gathering on Pernambuco’s spectacular shoreline since last weekend, when the state governor, Paulo Câmara, ordered a partial shutdown in order to slow the advance of coronavirus and urged residents to stay indoors.

Speaking to the Guardian last week, Câmara said such measures – which are being actively undermined by president, Jair Bolsonaro – were crucial if Brazil was to avoid a crisis like the one gripping Europe. “Only isolation will stop the curve growing at the speed it is growing in other places.”

Câmara said the government of Pernambuco – which has so far confirmed five Covid-19 deaths and 68 cases – was racing against time to create new hospital beds for victims.

“All of our efforts are now geared towards delaying its profileration … [so that] when this curve grows – and it will grow – we are as ready as we possibly can be to care for people,” he said.

According to Brazil’s Tamar conservation project, which protects sea turtles, hawksbill sea turtles lay their eggs along the country’s northeastern coast and are considered a critically endangered species.

The animals can grow up to 110cm in length, weigh 85kg and owe their Portuguese name – which translates as “comb turtles” – to the fact that their shells were once widely used to make hair combs and frames for glasses.

According to the WWF, the turtle’s English name comes from its narrow, pointed beak.

Herbert Andrade, an environmental official in Paulista, told journalists 291 turtles had now been born on the town’s shoreline this year – 87 green sea turtles and 204 hawksbill sea turtles – with locals often turning out to witness the spectacle.

“People couldn’t watch the latest birth close up because of the preventive measures against the new coronavirus,” Andrade told the Jornal do Commercio newspaper.

Câmara said he hoped the coronavirus restrictions could eventually be relaxed in his state, which is home to about nine million of Brazil’s 209 million citizens. But for now, they are essential. “Brazil isn’t ready for an exponential growth [in cases], so we need to buy time … so we can put together the infrastructure to treat as many infected people as possible,” he said.