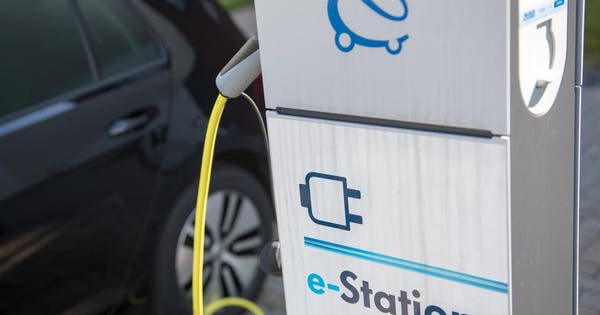 After several years of timid growth, carmakers in the European Union will be offering 214 electric car models in 2021 – up from the 60 available today, according to data from industry source IHS Markit.

The analysis, published by Brussels-based environmental NGO Transport & Environment, concludes that the number of car models will triple in just three years because of intense recent work work by automakers who must meet EU requirements to lower the average emissions from their fleets. The EU fleet average limit will be

“Thanks to the EU car CO2 standards, Europe is about to see a wave of new, longer range, and more affordable electric cars hit the market,” said Lucien Mathieu, transport and e-mobility analyst at T&E.

“That is good news but the job is not yet done,” he added. “We need governments to help roll out EV charging at home and at work, and we need changes to car taxation to make electric cars even more attractive than polluting diesels, petrols or poor plug-in hybrid vehicles.”

92 fully electric car models will be brought to market in 2021, in addition to 118 plug-in hybrid models. According to the analysis, by 2025 22% of vehicles produced in the EU will have a plug. If this is the case, it would be more than enough for EU carmakers to meet the CO2 emissions limit that year.

The biggest production centers for electric cars will be in Western Europe, led by Germany, France, Spain and Italy. In the east, Slovakia is forecast to produce the highest number of electric vehicles per capita by 2025, followed by Czechia and Hungary. The uncertainty over no-deal Brexit is dampening the prospect of any significant investment in electric car production in the UK, according to the analysis.

Some in the auto industry have said uncertainty over the availability of charging stations, and the reliability of batteries, make the widespread deployment of electric cars unfeasible. They have said the better area of investment would be alternative fuels that could work with existing auto structures.

But the analysis finds that production plans for other alternative drivetrains are almost non-existent. Only 9,000 fuel cell cars in total are forecast to be produced by 2025 compared to four million electric cars. The production of compressed natural gas cars is even set to decrease, accounting for fewer than 1% of vehicles produced in Europe by the mid-2020s.

At the same time, the analysis finds that battery technology is advancing rapidly. 16 large-scale lithium-ion battery cell plants are confirmed or likely to come online in Europe by 2023, deliver up to 131 GWh of battery production capacity. This would be enough to cover the estimated 130 GWh that will be needed by EVs and stationary storage batteries across Europe by that time.