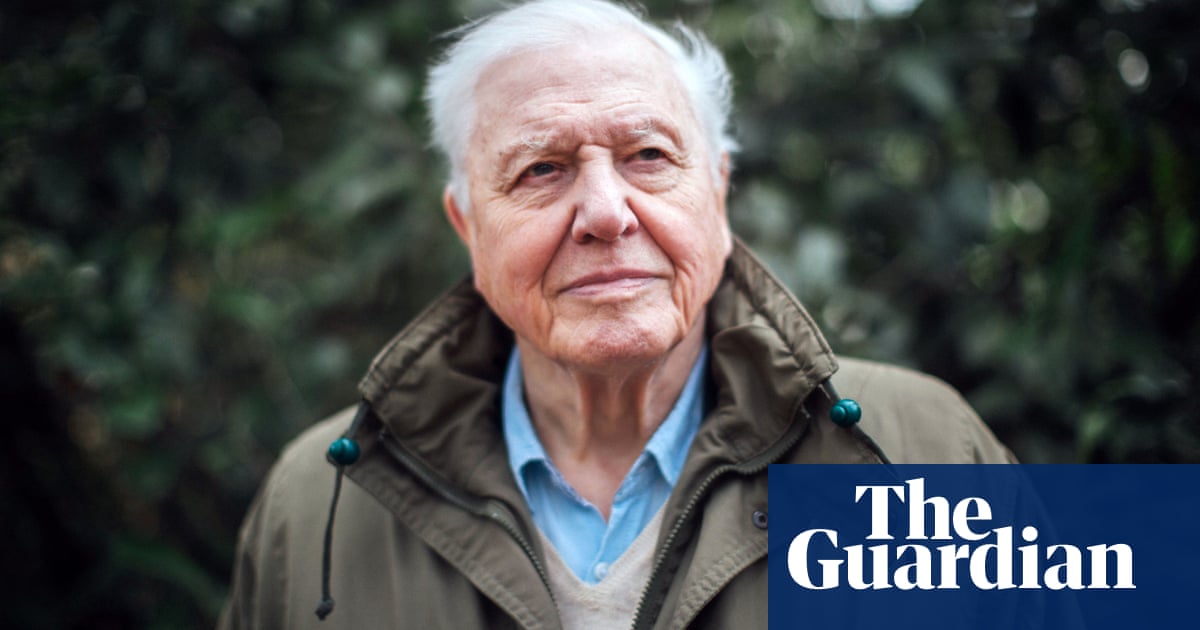 Natural history programming is one of the oldest and most sustainable forms of TV life. It is 50 years since David Attenborough made his first major TV documentary series, The Miracle of Bali, its title capturing the eyes-wide wonder of the genre at the time.

But the climate of the BBC Natural History Unit, for which Attenborough has made most of his shows, has changed radically – because of climate change.

The BBC announced late on Friday that Attenborough, 92, will present a 60-minute film, Climate Change – The Facts, which will be screened this spring on BBC One. The show is a consolation for BBC executives, who had been flustered that the next TV project of the presenter most identified with the corporation will be with the streaming service Netflix: Our Planet, an eight-part documentary series, starts on 5 April.

Climate Change – The Facts is part of a rolling season of programmes, under the banner Our Planet Matters, that starts on Sunday night on BBC One. Chris Packham, one of Attenborough’s younger heirs, will introduce Blue Planet Live, billed as a “week-long examination of the health of our oceans and their wildlife”, focusing first on “the increasingly fragile Great Barrier Reef.”

Such words – “health”, “fragile” – are the new language of natural history television. Whereas earlier work in the genre – led by Attenborough’s Life on Earth (1979) and Blue Planet (2001) – looked at the world with wonder, more recent shows seeking to highlight and reverse environmental damage have adopted a graver tone.

Blue Planet II: can the show help with conservation?

“Climate change is making the natural world – and everything that embraces – much more unpredictable,” says Julian Hector, the head of the Natural History Unit. “We made a big film in Kenya for Dynasties. There was a time when you could go there and pretty much predict what you would find. But there are parts of Kenya that have been in a sustained drought for many years, which means that wildlife is finding it harder to get food, and people to grow it. Climate change is increasingly the backdrop to our films, and so the causes of it are worth exploring.”

Is it fair to say there has been a shift in tone from the celebration of beauty to identification of threat? “I accept that,” says Hector. “If you go back 40 years, to Life on Earth, that was essentially a series about popularising the subject of evolution, showing the variety of wildlife.”

Hector dates the beginning of the shift to Blue Planet II, two years ago: “Not a single development goes on in the Natural History Unit where we’re not talking about a conservation element or the difficulty of filming because of climate change. This nervousness about the state of the natural world is omnipresent.”

The modulation from teaching to preaching has also been driven, the producer thinks, by a change in the form of the genre: “Rather than presenters just telling you something, there has been a change in storytelling so the viewer is now much more immersed in the intention and behaviour of individual creatures or species. Which means that part of the story is how the plan of those species is being upset by new natural and manmade manifestations in their lives.”

It is wrong, though, to think that the genre has made a simple journey, across the decades, from the celebration of nature to concern about it: Life on Earth and other early Attenborough series were alert to the issue of species loss. Those series were controversial among some Americans, too, because of their tacit acceptance of Darwin’s theory of evolution.

“People’s relationship with the natural world has always had a tension to it,” says Hector. “There are many tensions. Wildlife films, for example, tend to celebrate the prowess of predators, as a magnificent natural thing, yet people across the world are completely split about living with predators, who are being hunted out worldwide.”

Although there seems certain to be some social media pushback during the Our Planet Matters season – especially about calling the Attenborough film “Climate Change – The Facts” – the Natural History Unit is helped by having effectively been given, on the question of climate change, a total exception to the obligation of “impartiality” that applies to news programmes.

Are NHU shows allowed to treat climate change as settled science? “I think that’s true,” says Hector. “The overwhelming scientific opinion is that it is a real phenomenon. So we are allowed to present it as an accepted position, rather than every single story having to be countered by a climate-change sceptic.”