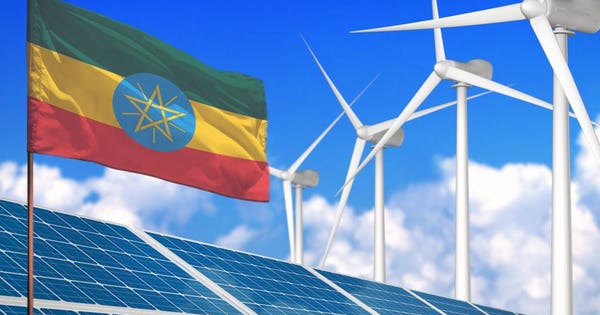 The sun may be shining on Africa. And solar power may become one of its most critical economic development tools. Not only can it bring electricity to rural regions of the continent but it can do so inexpensively, facilitating new businesses, medical operations and educational opportunities.

The fundamental precept behind clean energy is that it is locally discovered and locally consumed. And that’s true for solar power combined with energy storage and microgrids. In the early years, the cost of solar technologies was expensive but today, solar panels have proliferated and prices have nosedived. At the same time, the capital markets have been drawn to distributed energy while the public has become more knowledgable about green energy’s benefits.

“Africa is not burdened with telecom lines and as a result, it went straight to mobile communications,” says Chris Kemper, chief executive of Palmetto, a clean energy and social-impact company, in a talk with this writer. “The same thing can be said for clean energy and clean technology.”

Palmetto, for example, is partnering with Solar Sister to help kickstart businesses that bring solar technology to rural African communities. Together, they are fostering local entrepreneurship — an effort that has resulted in bringing clean electricity to 2 million people. Over the the next 5 years, their goal is to reach 10 million people.

It’s a realistic dream. Utility-scale solar prices have dropped by 86% over the last decade, according to the financial adviser Lazard. Palmetto’s Kemper says that 10-15 years ago, it would have cost $70,000 to put rooftop solar panels on his home in Northern California. But today it is around $10,000. As the technology is becoming more widespread, it has also become more cost effective.

Governments, he adds, must provide a reliable regulatory structure that offers  streamlined permitting and a process that will draw-in would-be investors.

Lower cost also means more access such financing. At the onset of the solar revolution, the traditional capital markets didn’t understand those risks and the niche financial markets were left to handle them. Today, by contrast, every major bank on Wall Street is making such loans.

“The capital markets have become more educated,” says Kemper. “Banks have been able to understand the asset class and they are willing to finance the ventures. At a micro level, we are providing sustainable clean energy resources to businesses and people who need it — for everything from lighting to education to powering hospitals. And we are mitigating carbon emissions.”

To put this issue into perspective, about 600 million in Africa have no access to electricity and most of those are in rural regions — places that are out of reach for centralized transmission and distribution systems. Solar installations combined with energy storage and microgrids could therefore fill this void.

As of November 2018, Bloomberg New Energy Finance says that Africa built 74 megawatts of on site solar power and that it is cheaper than what a centralized, grid-connected system could have provided. Kenya and Ghana have made the most progress. And the sky is the limit.

Altogether, natural gas is expected to provide 45% of the total electricity mix in North Africa by 2022, according to the African Energy Atlas. And in Sub-Saharan Africa, natural gas will provide 26%. But renewable energy and especially solar power is picking up ground: In North Africa, it will comprise 9% of the electricity portfolio while in Sub-Saharan Africa, it should be 12% by 2022.

“For those living in the most remote areas, standalone solar systems operating independently of the grid can meet electricity needs such as phone charging and lighting but may struggle with larger electricity loads such as powering machinery and agricultural equipment,” writes ODI is an independent, global think tank.

It points to Bisanti, Nigeria, where a developer called Green Village Energy has built a microgrid consisting of 126 solar panels that generates electricity for homes, health clinics and small businesses. And in Kenya, the government is using public finance tools that include grants and subsidies to offset the high cost of infrastructure and to incentivize development.

In the 1960s, the think tank says that African governments relied on mini-grids powered by dirty diesel generators. But over a 10 year time period, solar panel prices have fallen by 80% and it is now the go-to clean energy source.

“Africa is rapidly growing in population,” adds Helen Okon Ekpenyong, chief executive of Business Review Africa, in an interview. “The lack of access to stable and reliable electricity supply has a wide ripple effect on economic development, market competitiveness and the livelihoods of the people. Therefore, it is imperative for Africa to have a holistic and sustainable growth plan.”

Africa is awash in sunshine — rays of light that can no doubt work to reshape the continent’s energy future. The good news is that entrepreneurs, investors and think tanks are helping the region make that leap.

PART TWO OF “AFRICA RISING.” PART ONE IS ‘AFRICA’S ECONOMIC GROWTH MEANS MORE GARBAGE, WHICH CAN BE CONVERTED TO ENERGY.’