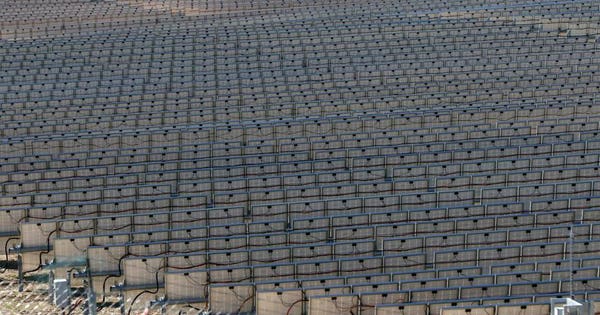 Investment in the energy transition has grown up; no longer occupying the small socially responsible corner of Wall Street, it has become a central market-based destination for capital all along the risk spectrum, from infrastructure to private equity to venture, as new and improved technologies and consumer demand combine with government tax and regulatory policies around the world to drive robust business models that deliver lower carbon fuels and power and lower carbon industrial and commercial enterprises.

Gone are the days of windmills on milk cartons. Consumer choices are echoing though the global economy and political choices have moved the markets. Finally, in several sectors, hard economics, based in part upon technological breakthroughs, have become aligned with carbon reduction objectives.

Big business is now backing carbon reduction in big ways starting with big oil itself which is putting capital into low carbon initiatives. Perhaps most emblematic of this trend is American big oil’s use of captured carbon dioxide in enhanced oil recovery, instead of water, effectively returning massive amounts of carbon permanently into the ground where it came from. The amount of industrial carbon capture taking place will likely soar when implementing regulations are issued for “Q45” US tax credits, passed on a bi-partisan basis, also leading to more lower carbon products such as methanol, an alternative fuel.

While anti-fracking activists may not welcome increased use of natural gas, the reality is that natural gas has rapidly displaced coal for the American power grid, and liquid natural gas, along with increased methanol exports, will further decrease the use of coal globally as new liquefaction facilities are permitted and built.

Gas is also the ideal baseload energy source that will facilitate the increased use of wind and solar energy until utility scale batteries are developed, and the continued investment in this resource is key to an ultimate renewable power transition. Meanwhile, methanol is in increasing use as a bunker fuel for shipping, displacing diesel.

Another area of investment focus is in new nuclear power technology. While several countries banned nuclear power following the Fukishima tragedy, the industry has continued to develop the technology and it is hard to argue with the logic of zero carbon emission electricity if it can be safely deployed. Investment in new nuclear generation is growing and safety in the technology will be the main factor in new deployment.

While the early development of wind and solar installations was kickstarted by tax breaks, regulatory requirements and government tariff regimes; increasingly, renewable energy, both at utility scale and from distributed facilities, is producing power on an economic basis as against carbon fuel alternatives with the cost of solar panels falling precipitously. Offshore wind power is also growing dramatically as larger turbine designs are deployed and several States on the East Coast of the United States prepare to host significant capacity.

At the venture end of the investment spectrum, the quest for better battery storage solutions—the innovation that could eventually lead to a much more robust renewables sector—continues, and progress appears to be underway on open air carbon capture.

Governments around the world have played a starring role in setting this in motion, with green energy requirements, tax and regulatory mandates and incentives that have fostered much of this progress. Government funded research has led to many of the innovations that have made this possible, from the work that led to unlocking trapped natural gas, effectively ending the era of big coal, to research being done today to eventually make cold fusion a reality. More government action could dramatically increase the pace, from carbon pricing to additional research to any number of regulatory plans. This is what will be required to limit warming to the 1.5°Cgoal of the Paris Agreement. Some assortment of these strategies may eventually be combined into US legislative policy as something called the “Green New Deal” or perhaps go by a different slogan or title for political expediency. Were this sort of collective action to go global, real progress is possible.

While a divestiture campaign has sprung up, intended to deny carbon-based energy companies access to capital markets, this well-intentioned effort ignores the inconvenient reality that human activity is fully reliant upon carbon-based energy for now and that an immediate transition is not possible. Oil will be with us for decades, natural gas likely much longer. But progress is being made and, from an investment perspective, a new green deal is already here. There is no reason for an investor today to choose between doing good and doing well, at least in the energy and climate change space.

While divestiture proponents won’t be stock picking the big oil companies any time soon, others may choose from among those making investments in carbon capture like Occidental Petroleum or building gas liquefaction and off-shore wind facilities like Shell. For those who would experience cognitive dissonance investing in the direct oil sector as part of a climate change portfolio, perhaps better to buy shares of power holding companies that are acquiring or developing utility scale solar like Duke.

Infrastructure funds that were originally capitalized with a focus on transportation have pivoted heavily to mid-stream energy, where there are many opportunities in natural gas, as well as renewables. Many of these are exclusively for institutional investors, however several are available to the public such as Brookfield Infrastructure Partners and several Macquarie funds.

Investment more narrowly into renewables is also quite easy. Canadian Solar is busy at both making photovoltaic modules as well as developing utility scale solar installations. Avangrid is a joint venture partner in one of the off-shore wind projects to be developed of the Massachusetts coast.

The more adventurous may look for startups developing next level batteries. While Tesla is by far the most well-known company chasing better storage technology, there are many others as well.

None of this is intended to be a buy recommendation for any particular stock and investors must always do their own research about any company before investing. But each of these strategies represents a part of a now undeniable megatrend and, whatever path one chooses, investing in the energy transition is no longer an aspiration, it is now a powerful portfolio tool.